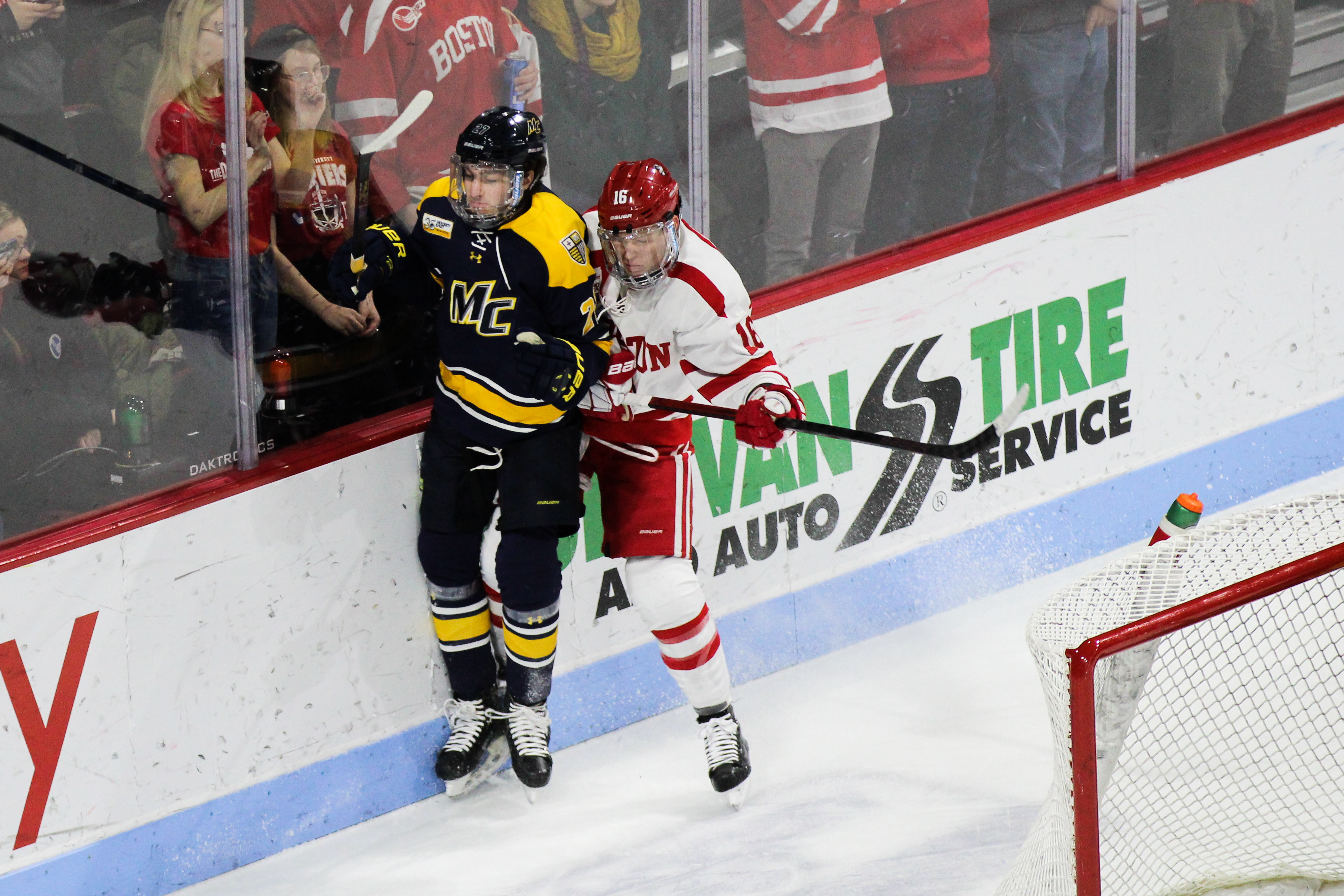 BU did start the night promisingly. Robert Mastrosimone deked Warrior goaltender Jere Huhtamaa for a short handed goal 2:47 into the night. BU dominated the game’s shot counter 37-28, including a 19-7 tilt in the second period. Yet the Terriers dropped the ball.

Merrimack tied the game late in the first with Dominic Dockery’s first goal of the season. Then the Warriors turned the tables in the second with a pair of short handed goals. Tyler Irvine went first at 3:32 into the frame. Then Logan Drevitch potted one at 14:28.

Merrimack tacked on two more goals in the third period and outshot their hosts in the final frame 11-9. Maine transfer Patrick Holway unloaded a ripper at 9:53 of the third and Regan Kimens completed the scoring on a transition play at 13:38.

“We’ve been in a lot of games like this where we have leads near the end against really good hockey teams where we backed up and hoped to win,” commented Warrior Head Coach Scott Borek. “Tonight, we stepped forward and played to win.”

MC improves to 7-18-3 (5-10-3 HEA). The Warriors return home next weekend to face local rival UMass Lowell. Puck drops against the RiverHawks at Lawler Rink at 7 on ET on Saturday night.

“Tip your cap, Merrimack played a good game,” observed Terrier Head Coach Albie O’Connell. “I really like our team, I just didn’t like the way a good chunk of them played tonight. It’s disappointing that we gave up the opportunity in league, especially after a good night the other night. But human nature is a factor.”

The Terriers next skate for the Beanpot Championship on Monday night against the Northeastern Huskies. Puck drops at TD Garden at 7:30 pm ET.