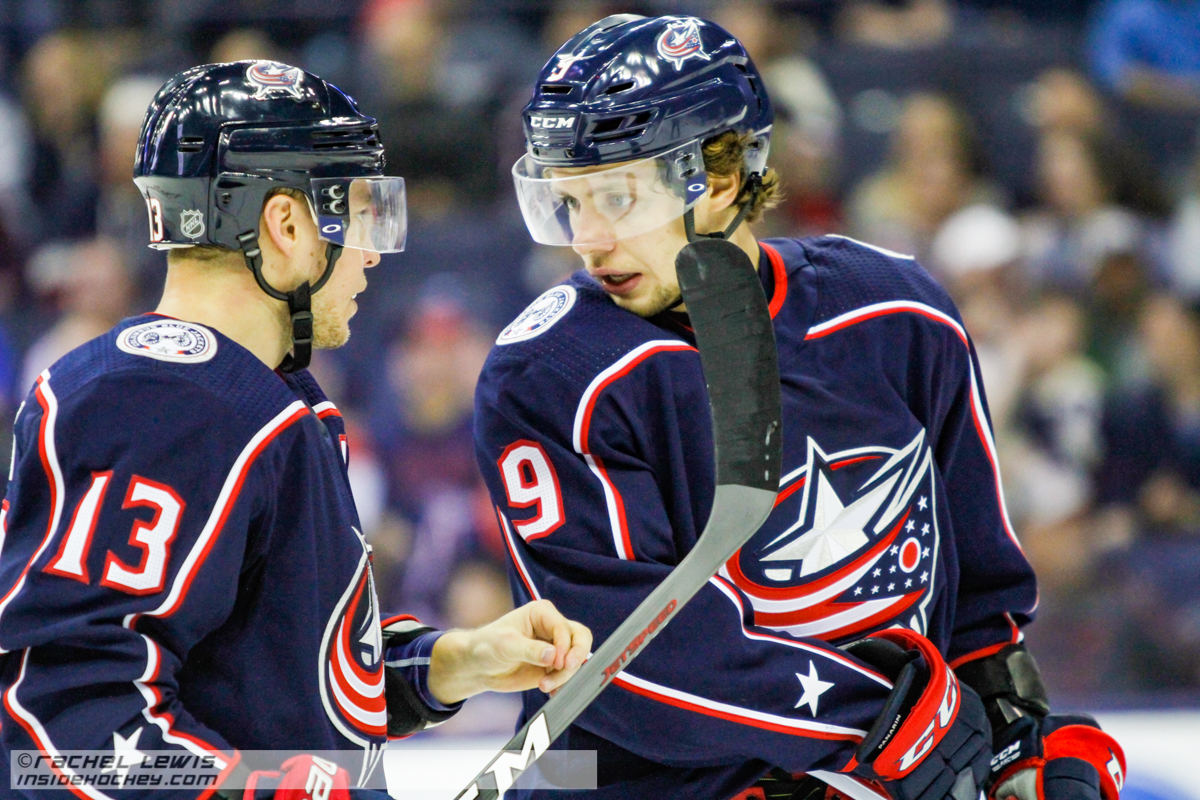 And now the fun begins.

A trio of cap dump deals helped save the weekend during the second round of the what was an otherwise dull draft. At least in terms of NHL bodies changing uniforms.

Patrick Marleau to Carolina…and soon to bought out and likely returned to San Jose. J.T. Miller, who earned an extension with Tampa after being acquired at the 2018 deadline, sent to Vancouver to finish out the majority of the contract. And perhaps most prolific, P.K. Subban and the entirety of his remaining $27 million over three seasons, off to New Jersey.

But, a week away from July 1 and the opening of free agency, there’s plenty of reason for optimism that the wave of player movement is a-comin. We’ll no doubt soon know the fates of Artemi Panarin, Matt Duchene, Jake Gardiner, Anders Lee, and Mats Zuccarello, the headliners of a uniquely talented crop of UFAs. And, with the salary cap finally known, teams flirting with the $81.5 million ceiling should act accordingly, especially if they have next Monday ‘s glorified shopping spree circled on the calendar.

According to CapFriendly, nine teams have less than $11 million in cap space for the 2019-20 season. Many of these teams have their own RFA’s to take care of before they consider dipping into the unrestricted waters, with the likes of William Karlsson, believed to be near an eight-year extension with the Golden Knights, Brayden Point, who Tampa hopes will be easier to keep with the Miller deal and the news that Ryan Callahan will be designated to LTIR, and Jakub Vrana, who after enjoying a Stanley Cup to finish his first regular season in the league, set career-high’s in goals, assists and points. These clubs are unlikely to be players on July 1, typically a blessing in disguise. But, there’s still a large market of teams well below the cap, some still buried beneath the floor, and that’s inspiring ahead of the much-promised frenzy.

Not mentioned above, Joe Pavelski, should be able to cash in on a nice deal before July 11, his 35th birthday. Will that deal be with the San Jose Sharks? It’s the only team the captain since 2015-16 has known in his 13-year pro career. He’d look weird in another uniform, but recent history tells us that’s no longer a guarentee he’ll stay.

Since 2011, only four players have found the back of the net more than him. They include: Alex Ovechkin, Steven Stamkos, John Tavares and Patrick Kane. In that same time, he’s among 14 players to play in 610 or more games, which equates to missing a max of 12 games in the last eight seasons. There’s interest in taking his services out of teal.

From Plover, Wisconsin, the seventh rounder (before that was the last round of the draft), stayed nearby after two years of high school hockey, playing for Watrloo for two seasons and then heading off to the University of Wisconsin. The Blackhawks and Wild would bring him the closest possible to home. But, are either close to contending for a Cup as # 8’s career begins to wind down? Would he take less to try a Go-for-It run on a short-term deal with the Lightning or Caps? If he did, he’d be leaving a large quantity of money on the table (term, too). Or, does the long-time Shark, unable to imagine winning anywhere else and excited by the re-signing of Erik Karlsson to an eight-year, $11.5 million per-season, decide that if he’s taking a discount–it’s to stay in a place where players have long enjoyed success (albeit not a Cup) and really like to live?

Corey Perry should have options despite a career-low in seemingly every statistical category. A free agent by virtue of a buyout from the Ducks, the ex-first round pick and one-time 50-goal scorer, may have to take a reduced role and as a result, take a short-term, discounted rate. The $2 million per-season he’s getting from his buyout will allow him to be picky, but he should generate enough interest to replenish his pre-buyout salary by more than half.

Can Perry help carve out a role as a pesky veteran winger on the Canadiens? Could the Bruins, who were a game short of hoisting the Cup, entice him to sign a one-year deal? We know the Flyers are expected to play a more disciplined game under new coach, Alain Vigneault, but they’ve got money to spend and could use another body on the right side of the wing. It’s always interesting to see where those who were recently paid to leave end up. Dion Phaneuf (via LA); Andrew MacDonald (via Philly) are also UFAs through contract termination. The first buyout period ends June 30.

As it relates to the top of the class:

Artemi Panarin to the Panthers took on some momentum at around the trade deadline, especially following the cap clearing move to send Nick Bjugstad and Jared McCann to Pittsburgh. There were some circles that believed Florida, who were 10 points out of the postseason picture, may have even prepared on taking on the winger in hopes of giving him a trial of Sunrise and eventually a max-eight-year deal. Blue Jackets GM, Jarmo Kekalainen took the gamble (and doubled down on it too with Duchene and Ryan Dzingle acquisitions), kept his UFAs and went for it. Though they were ousted in six games to the eventual Eastern Conference champs, Columbus managed a surprising sweep of the 62-win Lightning–a stunning way to achieve the franchise’s first playoff series victory.

Now, some three and a half months later, and Panarin still seems like a safe wager to take his talents to South Beach. His teammate, Sergei Bobrovsky certainly appears headed that direction. The Cats presently have in excess of $20 million in cap space and none of their current RFAs should break the bank. Much of their core up front and on defense has already been taken care of, so Dale Tallon, who via conference call on Thursday admitted he prefers not to go the free agent route, can do a bit of shopping.

Other possibilities for Panarin, the sure-fire top UFA in 2019 would have to include: The Rangers, Kings and Blackhawks. With the Flyers as a sneaky fifth team in the mix. Panarin has been linked to NYC and LA, many citing his interest in living in both locations. The Blackhawks, where he started his career after being being signed out of the KHL, could be a spot of intrigue as well. A reunion with Patrick Kane warrants consideration. Philly, which has little mentioned regarding Panarin, might offer the best chance at winning now and has the financial backing to present a lucrative offer for his services.

One would have to think Matt Duchene was giddy to hear the Predators cleared out $9 million over the weekend in the trading of Subban. Nashville would like to add a top center to its club and he’s a rare option to fill that on the open market.

I’m getting the sense that Jake Gardiner, the top defenseman on the market with Karlsson locked up, will give the Maple Leafs every opportunity to see what they can do to sign him. They’re reportedly inching close to deals with two of their RFAs, in Andreas Johnsson and Kasperi Kapanen–but the biggest name, Mitch Marner is still unsigned and not close. Market value for Gardiner should be at least six years at north of $6.5 million. Might he take a discount for the Blue & White?

Both Anders Lee and Mats Zuccarello have reportedly been speaking with their respective teams. Lee, 29 on July 3, admitted a bit of frustration over being in the present situation–just days short of being unrestricted, able to discuss a non-NYI future with other clubs. Zuccarello, who despite injury, was a nice trade deadline acquisition to Dallas after being dealt from the Rangers, where he had long been a fan favorite during the first nine years of his career. Like Lee, the Stars have been discussing re-upping the winger who turns 32 before the season starts. The catch is the 2020 first round pick that goes to Broadway if Zucc signs an extension. That’s of much consideration.

Lastly, here’s your lines composed entirely of pending RFA’s. All eligible for the free agent interview period, which begins Wednesday at midnight.