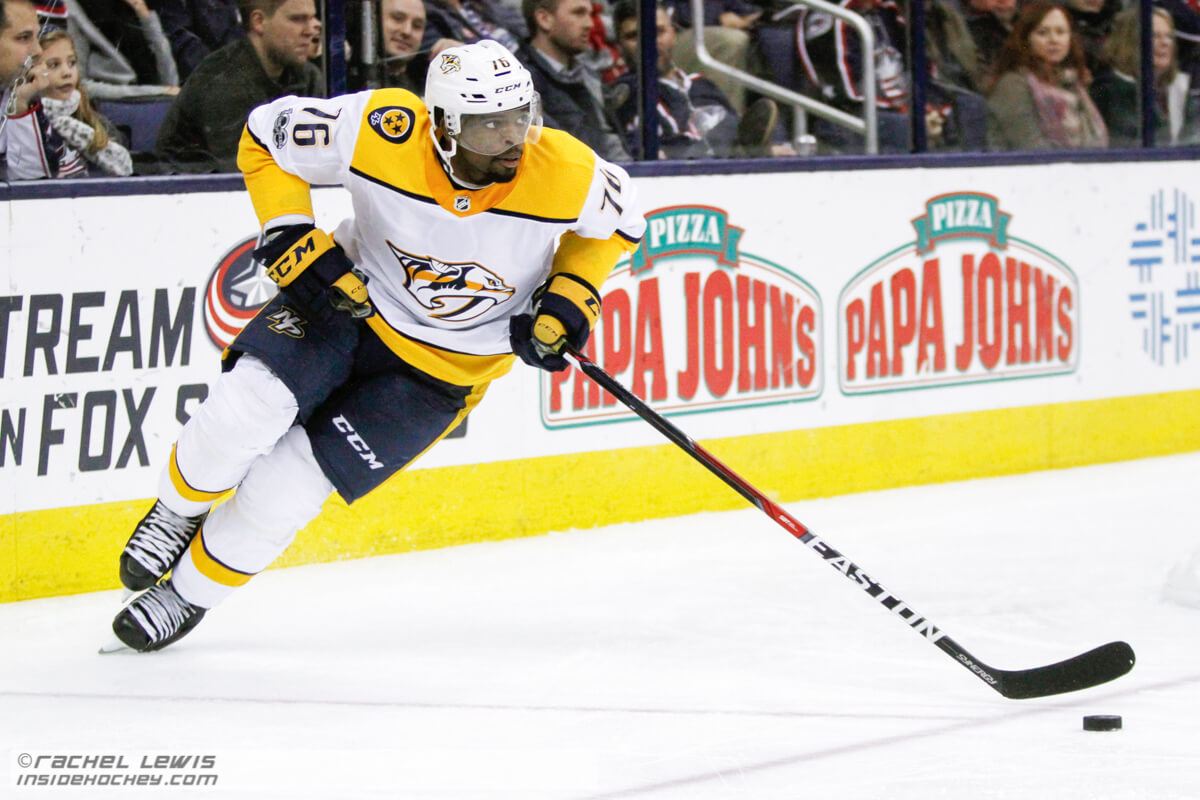 P.K. Subban (NSH - 76) skates the puck through the Nashville zone.

In April, the Devils won the right to select first overall at the 2019 NHL Entry Draft. They used that pick on long-touted prospect, Jack Hughes and effectively stole the show on the first night.

In exchange, the Predators will receieve the 34th overall pick, the Devils first of three picks in the second round. They also received prospects, Jeremy Davies and Steve Santini. Nashville also gets a 2020 second round pick from the Devils.

Davies, 22, just finished his junior season at Northeastern University, where he netted 36 points in 37 games. He recently signed a two-year, entry-level contract. Santini, 24, has played parts of four seasons with New Jersey. In 114 games, the blueliner has netted 21 points.

In acquiring Subban, the Devils pick up a right-handed shooting defenseman, who can certainly help New Jersey’s problems on defnese–particularly the void of a top-pairing defenseman. Subban missed 19 games last season due to injury and had a down season in the points department notching 31 in 63 games. But he’s scored 50 or more points in four of the last six seasons.

This isn’t the first time Subban has moved. In 2016, he was swapped from Montreal to Nashville in a player-for-player deal that saw then-captain, Shea Weber sent the other way.

That same day (June 29, 2016) was part of the infamous hour of news that also saw the Devils acquire Taylor Hall for Adam Larsson and also saw Steven Stamkos re-up with the Lightning for eight years.

Elsewhere, the Carolina Hurricanes acquired Patrick Marleau from the Toronto Maple Leafs for a 2020 sixth round pick. The Canes also get a 2020 conditional first round pick and a 2020 seventh.

The 2020 first round pick is lottery/top-10 protected and can be shifted to 2021. The expectation is Marleau will be bought out by Carolina.