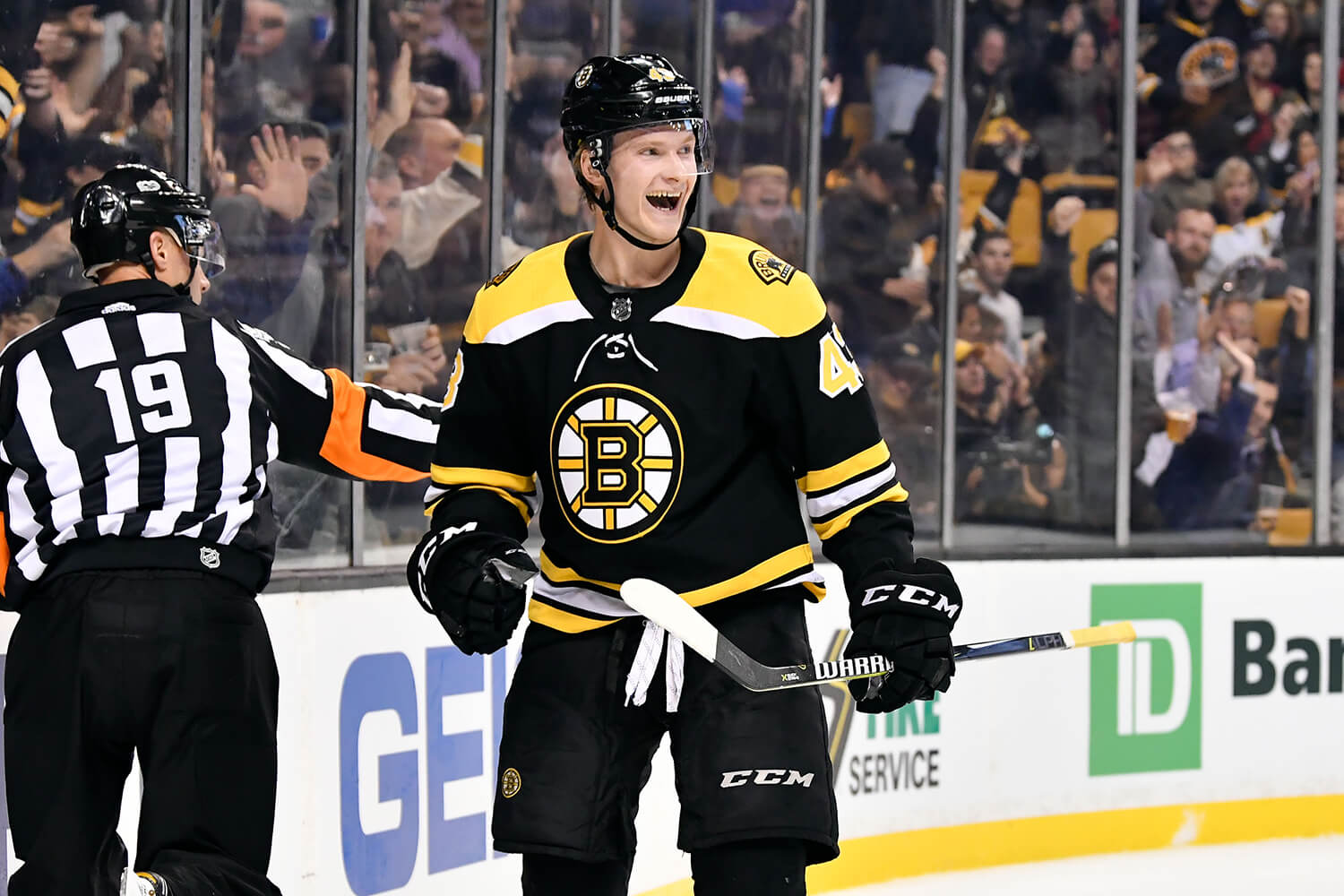 With Heinen Signed, What Comes Next For Boston?

The Boston Bruins have re-signed one of their own, but it is not one of the marquee players that the fans were hoping for.

The Bruins have inked forward Danton Heinen to a two-year contract extension worth $2.8 million per year. This deal signifies that the team and the 24-year-old forward will avoid arbitration, which would have taken place at the beginning of August. Heinen, formerly a restricted free agent, posted 11 goals and 23 assists in 77 games for the Black and Gold this past season.

During the 2017-18 NHL season, the Langley, British Columbia native recorded 47 total points in the same amount of games he skated in last year. In other words, the point drop-off was a bit significant from one season to another. Despite this, he earned a pay raise heading into next season.

However, it would have been beneficial for the Bruins if he had signed for a little bit less than the current deal. After all, is Heinen really that important to the success of a contending team?

Sure, he is a solid two-way player who knows how to manage the puck and skate effectively. Heinen also developed a strong chemistry with Charlie Coyle and Marcus Johansson (who is now a Buffalo Sabre) on that third line during the playoffs. He is a young player who will be a good fit for any franchise with Stanley Cup aspirations as long as he can play to his strengths.

With all due respect, the Bruins might have their priorities mixed up with this signing, especially with stud defensemen Charlie McAvoy and Brandon Carlo in need of contract extensions. Heinen, although a nice fit, can be considered expendable in comparison to two blue liners who will be cornerstone pieces to this team for years to come.

The Heinen deal now leaves the Bruins with roughly $7.35 million in cap space. As an offensive defenseman and a power-play catalyst, McAvoy might be making close to that amount per season when the time comes for him to sign his new deal. Carlo, who is more of a stay-at-home defenseman, will not command that much money. However, both are crucial pieces and should be re-signed by Boston.

The question now becomes what do the Bruins do to free up the money? The most logical answer is a trade…or two.

Although it would be great to free up the cash with the trading of players like David Backes, Kevan Miller, and David Krejci, Torey Krug is a player that will yield the greatest return for the Bruins at this point. The 28-year-old Krug will be making $5.5 million this upcoming season and that number might be intimidating to potential suitors, but he is coming off the second-highest point total of his career. It is time to sell high and get something in return for a player who will be a free agent at the end of next season.

The Bruins have a slew of young defensemen in the system that can fill the void—Jeremy Lauzon, Connor Clifton, and Urho Vaakanainen just to name a few. McAvoy, assuming he does re-sign with the Bruins, can take on the role of playmaker with the top power-play unit.

There are options at their disposal, but the realty might be setting in; not everyone will be able to come back. That is a true shame considering how long it took for Boston to draft and develop the talent pool currently present within the organization. Even the smallest of moves (buying out expensive contracts, not re-signing aging players, etc.) could make all the difference in the world when it comes to building this team for the future.

The cap crunch that the Bruins are experiencing right now is tighter than ever and time may not be on their side to work something out.