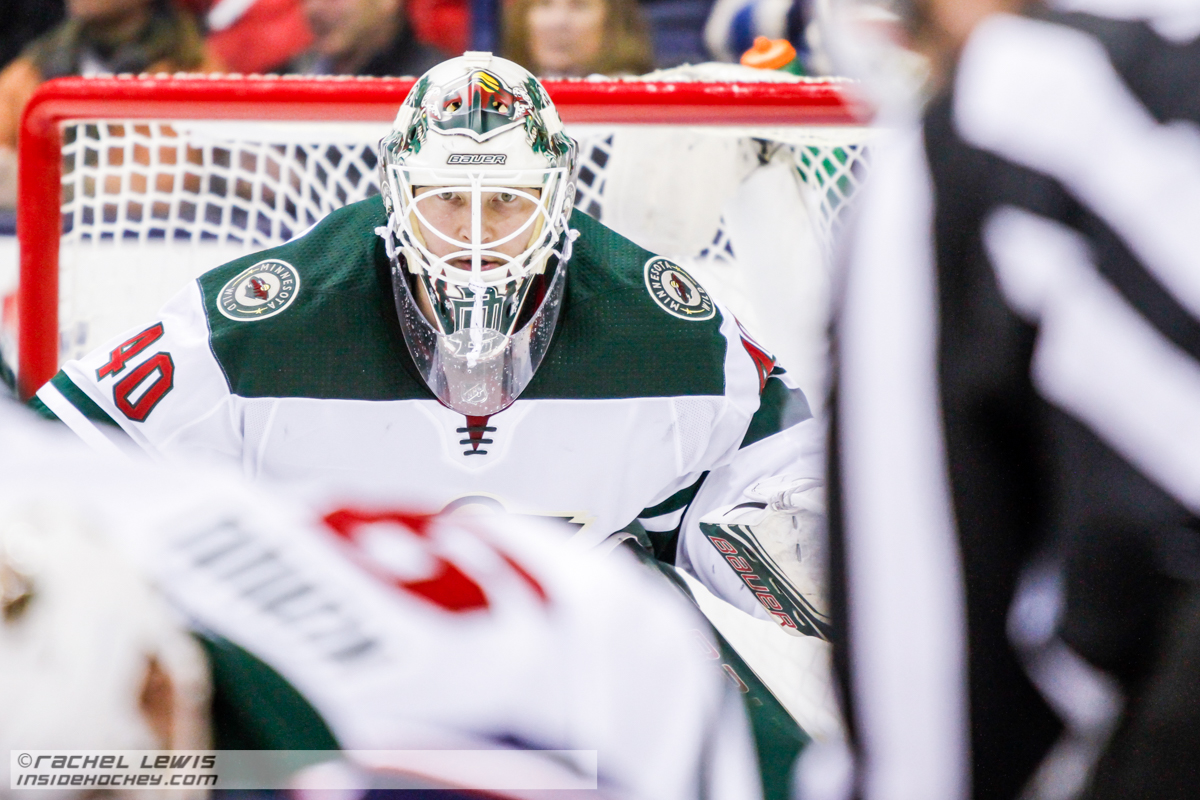 It was an early January meeting between the Jets and Wild in St. Paul. Of course, this wasn’t the Winter Classic–just a few days shy of being played on the day of the NHL’s signature event to ring in the New Year.

But with the recent news that Target Field and Minnesota will play host in 2021, it is possible that the two may very well face each other even earlier next January. And Saturday’s 3-2 OT winner for the Wild was filled with the kind of emotion you’d want in any Classic.

The Wild entered Saturday looking for their first win of the season versus the Jets, who handed them a 6-0 drubbing on Dec. 21 and won their home opener versus Minnesota 5-2 on Oct. 10.

It took Marcus Foligno just 1:12 into the game to give the Wild an early lead firing 13 shots.

A pair of high-sticking double-minor penalties on the Wild helped the Jets fight back into the contest–Mark Scheifele netting 39 seconds into the second on the advantage and Blake Wheeler tallying the go-ahead goal 52 seconds into the third, giving Connor Hellebuyck a lead to play with after stopping 24 shots through the first 40.

With 5:30 to go in regulation, a behind-the-back pass by Foligno found an open Luke Kunin coming in with spotty coverage in front. Able to make a pretty spin-move to beat Hellebuyck, the Wild forced overtime for the seventh time on the year.

After failing to convert on five previous power plays, Eric Staal was able to cash in on a scramble in front for the game-winner and Minnesota’s first OT win of the season.

The Wild are just one of several teams breathing down the Jets’ neck in the mid-season wild card race. Just three points separate the two as Minnesota has exceeded first-half expectations.

“I liked what we saw, even if we hadn’t won,” Wild head coach Bruce Boudreau said. “We kept pushing and pushing didn’t sit back. We were very proactive I think.”

Boudreau has seen is share of postseason hockey and knows well the value of collecting points–two is always better than one.

“It was good to finally win a game in overtime,” he said. “That extra point, as we know is going to become so vital for somebody and I’d rather it be us.”

Foligno, who came into Saturday without a point in his last five, provided an instrumental helper in the third finding Kunin for the equalizing tally.

“I just gave a quick look over my shoulder and he was there,” Foligno said on his behind-the-back pass that was upstaged by a pretty spin-o-rama move for the goal. “Those are somewhat ‘hope plays’ but when you can pull them off they look good.”

Staal’s 16th of the season capped off the afternoon, giving Minnesota its first win this season versus the Jets in comeback fashion.

“I thought we initiated a lot more,” Staal said. “We spent a lot of time in the offensive zone, we were just playing a lot more aggressive. Our (defense) were really good–Suter, (Spurgeon). They were great all night but in the third especially they were engaged offensively.”

-Staal was named to the 2020 NHL All Star Game roster on Dec. 30. It will be his second appearance representing the Wild and sixth in his career.

-On Jan. 1, 2020, the NHL announced that the 2020 Winter Classic will be held at Target Field in Minneapolis, Minn. The opponent has not yet been announced.