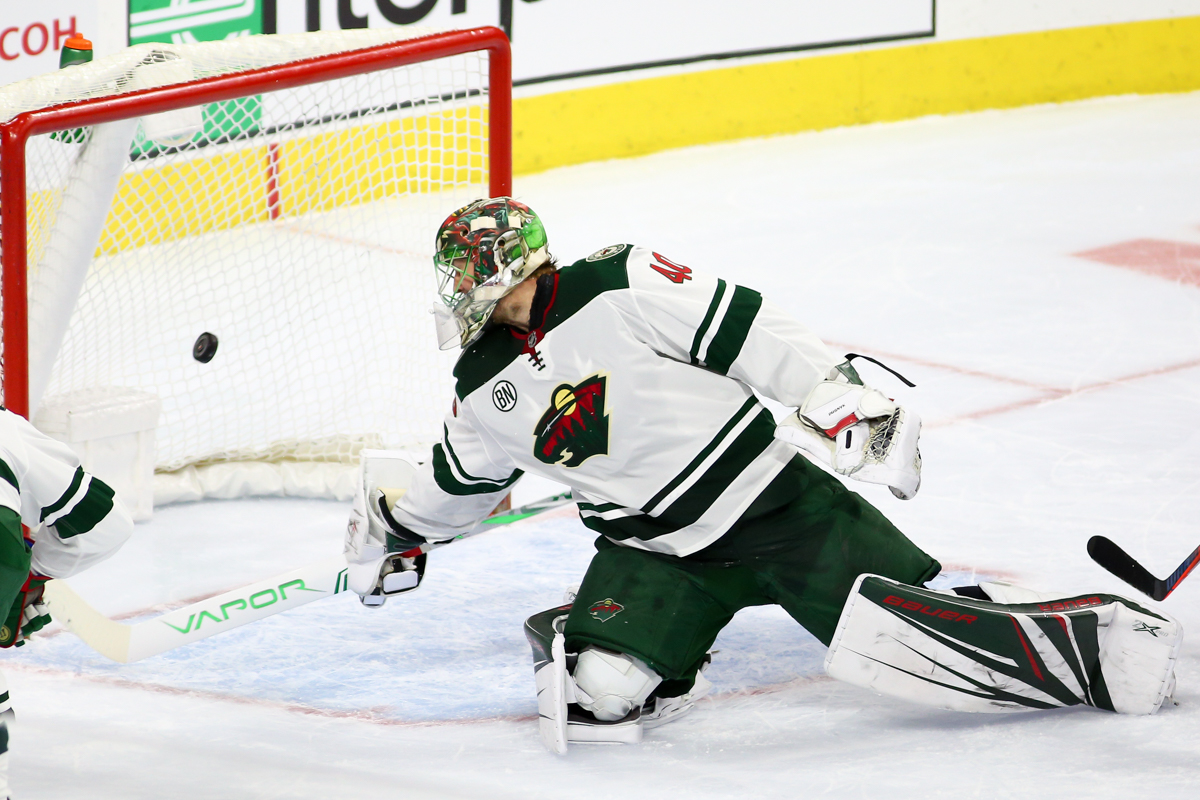 It could be a tough year for the State of Hockey’s Wild, but Sunday afternoon’s come-from-behind victory over the Canadiens seemed to be the kind of spirit-lifting game the team’s psyche desperately needed.

Finding life on the power play, Jason Zucker gave the Wild a 1-0 lead to exit the first period. But in the second, Montreal utilized their own man-advantage to even the score and carrying the momentum for a go-ahead tally 16 seconds later. Marcus Foligno’s answer in the final seconds of the second gave Minnesota a chance for the game’s third period.

Phillip Danault’s second goal of the game 3:22 in, put the Wild in come-from-behind mode, the game evened up by Brad Hunt on the power play before Parise’s mid-period tally.

Devan Dubnyk, who made 29 saves including 13 in the third held down the fort as Minnesota capped off only their second win of the season. Style might not count for much in the points department, but Sunday’s win might do a lot for the Wild’s mentality less than 10 games into the season.

“We got a lot of work left but this stuff can help,” Foligno said, “A win like tonight, the way we did it, can really boost your spirit a bit. Guys are happy again. It’s good to see some smiles on guy’s faces. But we know, it’s right back to practice tomorrow. We got to start playing more of a 60-minute effort like we did tonight.”

Foligno’s goal helped the Wild salvage a middle period that seemed stacked against them, surrendering two goals and having little luck on Canadiens’ netminder, Keith Kinkaid, who made an impressive glove-save on Zucker.

Bruce Boudreau knows it’s been a struggle for his club to start 2019-20 and Sunday was a nice boost to a team that’s been working toward better results.

“I think it’s been a tough start for everybody,” he said. “I love seeing the emotion on the face’s, especially when it’s good emotion. I mean the goal before when everybody was going toward (Hunt) when he scored that goal, you could see they were pumped up about that. These guys worked really hard in practice, they deserved to have a little bit of success and hopefully it can continue into long-term success.

For the coach, the two-goal deficit, in quick order didn’t feel like the game was caving in, as it may have in the past. He credits the clubs determination, for which has been a talking point through some of the recent outings.

“We’ve talked about (it) every game,” Boudreau said. “That it’s a five-minute span, so when (Montreal) scored the second goal, the determination was there that this isn’t going to happen again and they fought back.”

The Wild hope Sunday’s home win might translate into a boost to the psyche. Minnesota is last in the Western Conference and has a pair of challenging games ahead–facing the 7-1-1 Oilers at home Tuesday and at division-foe Nashville on Thursday.

D, Jared Spurgeon recorded a game and season-high six shots on goal. It’s the second time in eight games, the blueliner has recorded five or more shots. His last six-shot outing was on Dec. 12, 2018 at Calgary.