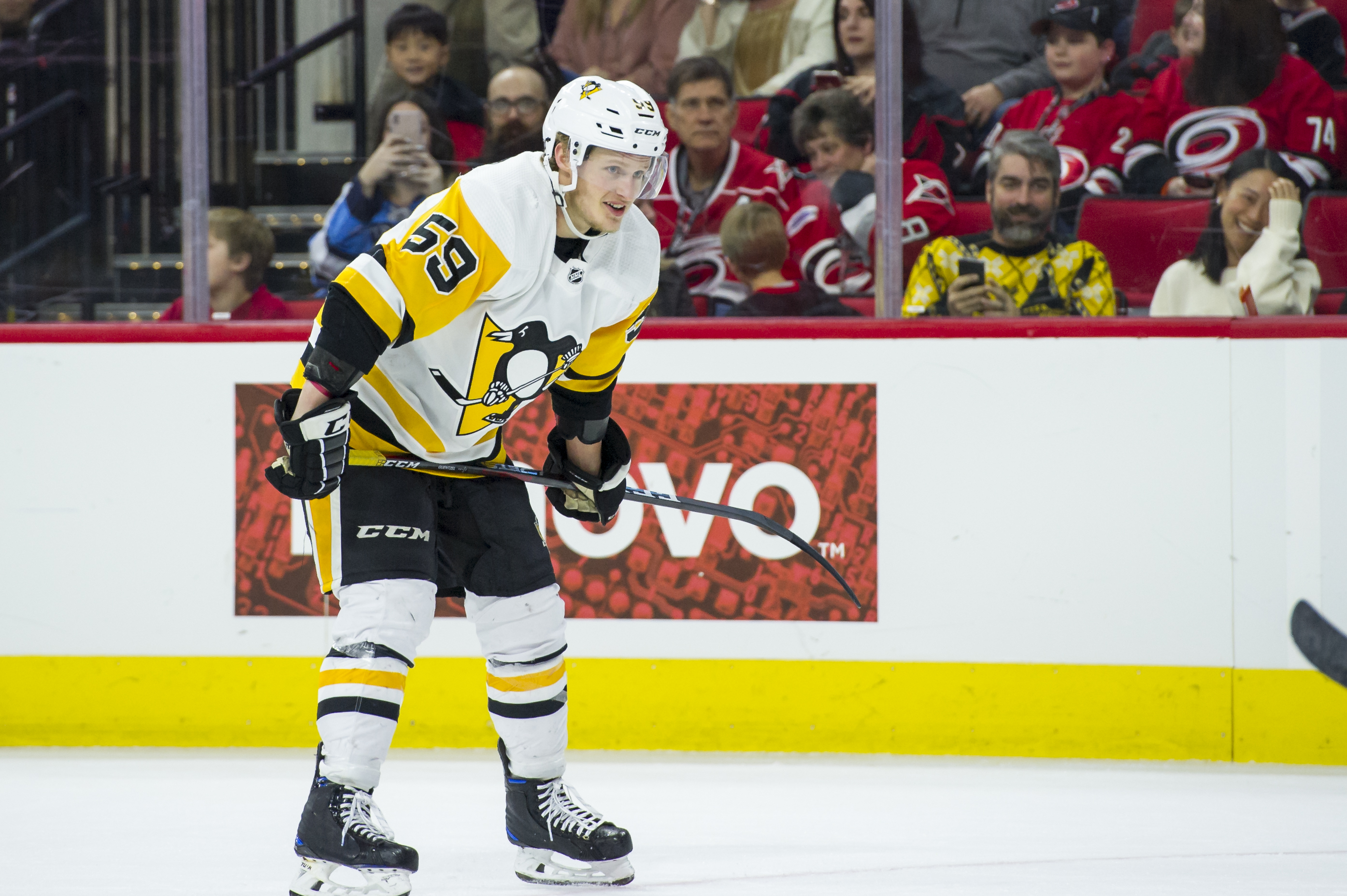 Why Not Every Night?

Back-to-back. You’re supposed to be tired, especially if your arms are weak from raising them on seven goal celebrations. But the Penguins were anything but that way in the early going on Saturday night. They came out in Los Angeles pretty much as they’d left Anaheim 24 hours before, skating and pushing offensively from the get-go. Somehow, the Kings matched them play for creative play, and Jonathan Quick did his job in net to keep the LA team alive.

Just one question: why can’t the Kings play like this every night?

When I asked Kopitar about the speed and skating, he had no answer for me. “I mean it’s just moving the puck, taking care of the puck, and making plays when they’re there.”

No, not really. It’s not being scared to go to the net with the puck. It’s taking shots from all angles, and following them in for rebounds. It’s being creative with the puck and quick with the skating.

LA almost never does this, but on this night, they did. They beat the Penguins 4-2, then threw in an empty net goal to make the score 5-2 as the night ended. Kopitar had two goals, and Carter a goal and two assists. Quick faced 40 shots.

Friday night in Anaheim, Sidney Crosby was not heard from offensively until the seventh goal, into an empty net. He assisted on it. Saturday, that changed. He and Guentzel stole a puck shorthanded and came in on Quick two-on-one. Quick made a save and Guentzel buried the rebound. It was five and a half minutes after the game started. The uh-oh factor was in full force.

Then the Penguins made a mistake of their own. At their blueline, Marcus Pettersson was stripped of the puck by Jeff Carter, who went in alone on Casey DeSmith. Getting to the top of the circles, he let go a slapshot. It found a home on the long side of the net. Jack Johnson, way back a King, knocked Carter over after the shot, sending him spinning to the boards before he could get up and celebrate.

The game was being called rather loosely, and Johnson didn’t get penalized. Neither did a Kings defenseman for what might have, other contests, been called a trip shortly after.

The Kings, like the Ducks a night ago, looked like they could play with the Penguins. They skated about even with them. The only two criticisms one could level against the home team were these: their power play has no idea how to get the puck to the net, and they are doing better with not passing up shots, but still doing not always firing away as they could and should. Witness Kovalchuk trying to get a puck across the slot to a teammate and seeing it broken up. He was way close enough to the net to shoot. Why not give it a go? The Kings recorded just 25 shots on the night.

The second frame began with the shots at 9-7 Pittsburgh and, as noted, the score at one apiece. It ended with the Kings up 3-1. Perhaps the Force was with them (see notes). They even got a shorthanded tally to pay the Pens back for theirs. The scoring was the least of the action.

Pittsburgh started hard, with Dominik Simon passing back against the grain to teammate Bryan Rust from behind the net. Shortly after, Riley Sheahan went to the net with Derek Brassard. Sheahan kept the puck and made a series of small dekes right to the crease. Quick made a glove save. Sheahan had faked a shot and fooled Quick, who just got an arm down. Brassard came out of the corner with a hard snap shot that hit Quick on the chest. Crosby went to the net and got his own rebound. Wave after wave it was.

Quick was better than all of these chances.

And then, suddenly, all over the ice, the Kings players were creative. Toffoli came out from going all the way around the net and took a wrister. Leipsic and Kempe went down two-on-one off a broken play. Other rushes by Kings players happened. What was this?

The third period saw the Kings extend to 4-1 when a scrambly play that was about to see the puck out of the Pittsburgh zone suddenly turned into a wrister from the point with Leipsic in front to put it home.

So let’s say it again: shots, skating, creativity. All of this was LA’s. All of it worked. Why don’t they do this every night?

You can’t ask that, and funny enough, nobody did. It did seem like the elephant in the room during the coach’s press conference, though. Here’s some of what Willie Desjardins said:

“It’s a good win. We had two good periods for sure. That’s a good team.” He added, “I think they were pretty disappointed with their last game . . . . I think the second thing is they knew they had a really good opposition coming in. If we weren’t ready, we wouldn’t like the results. Both those things made us ready for the start of the game. I thought we had a really good start.”

There was nothing about what the team might do or why this is, for now, a singular occurrence.

“I just think we were playing well. We were playing better,” Desjardins said about the team not getting puffed up about the shorthanded goal they got but just to keep playing. And after that, with the presser being just 2:20 long, it got quiet, and the coach said “Thank you” and took his leave.

So much was left unsaid.

Tanner Pearson was visiting for the first time since his trade to the Penguins in mid-November. He was acknowledged with a video tribute including a replay of a playoff overtime goal in period one. He waved to the crowd. Last night in Anaheim, I had the chance to ask him about the transition to the Penguins. He said, “It was definitely really weird, I think, the whole system change going from LA to Pittsburgh. They play a creative, fast game. It generates a lot of offense. When these guys get rolling, it doesn’t seem to stop.” He scored two goals versus the Ducks. Against the Kings he had two shots and no points.

It was Star Warsnight, a theme endlessly played out for, one assumes, marketing purposes.

Snoop Dogg was also there. What this has to do with Star Wars, or Star Wars with him, is yours to decipher.