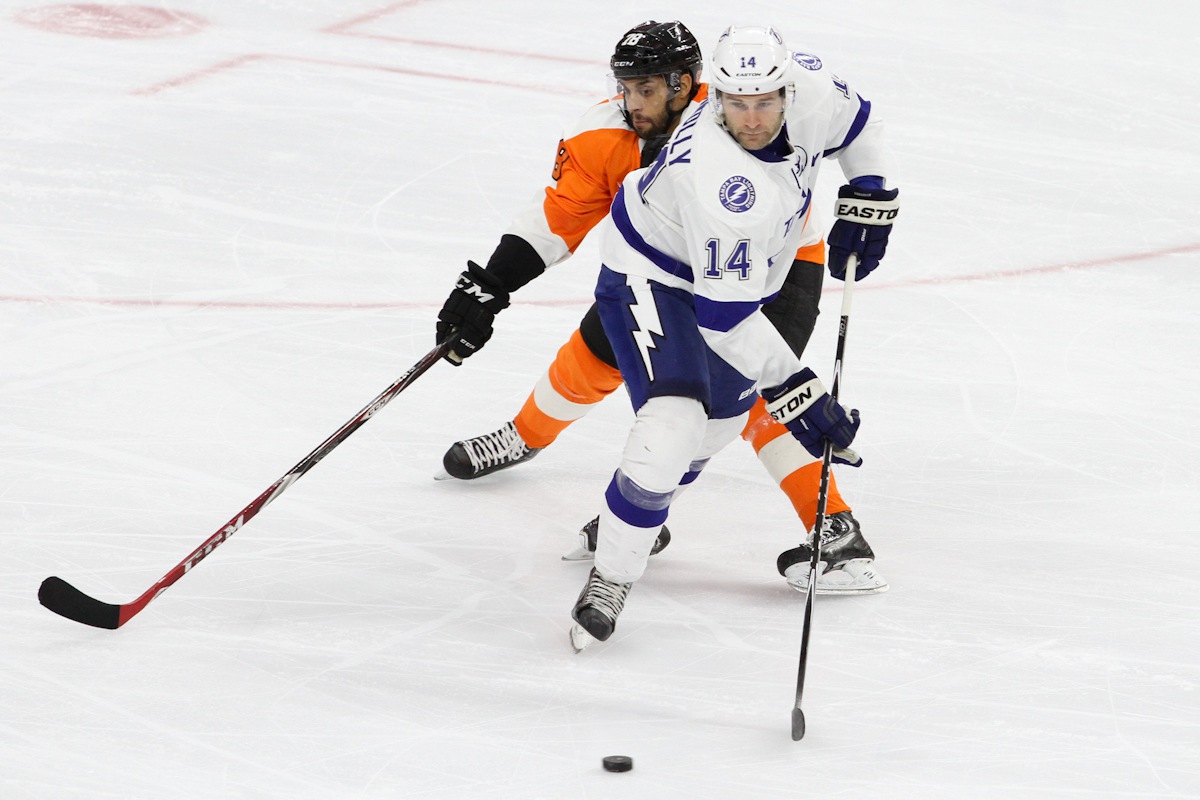 Who Is Brett Connolly?

That is a question that Boston Bruins fans were asking on the day of the trade deadline a little over a month ago. To be honest, it was not a bad question to ask.

Even now, it is hard to pinpoint an accurate portrayal of a player who has not panned out the way he was originally projected. Here is what we know about Brett Connolly thus far in his five-year professional career…

Connolly was drafted sixth overall by the Tampa Lightning in the 2010 NHL Entry Draft. According to certain scouts, he was described as a “natural leader with good on-ice awareness who plays in the style of a power forward.” Because of the depth down in Tampa Bay in recent years, he was relegated to a bottom-six forward role. This was a role that he clearly was not able to thrive in and take advantage of the situation.

This season was by far his most productive one as a member of the Lightning. The 22-year-old posted 12 goals and three assists in 50 games for the Bolts this year. The decent numbers that Connolly put up while with Tampa was not enough to make him a mainstay with the team that originally drafted him.

In came the Bruins, a team that desperately needed some forward depth at this year’s trade deadline.

The Bruins sent a couple of second round picks to the Lightning in exchange for Connolly. Standing 6’2”, 181 lbs. of solid hockey player, he was projected to play top-six forward duties right out of the shoot.

In just his second practice with the team, Connolly broke his finger after taking a slap shot off the hand from Dennis Seidenberg. Boy, just the B’s luck. That really has been the story of the team this year.

After recovering for four weeks, he made his Bruins debut this past Thursday night against the Detroit Red Wings. He racked up two assists, received almost 13 minutes of ice time, and skated on three different lines because head coach Claude Julien was mixing and matching line combinations all night long.

He has only played in two games for the Bruins so far, but judging from what we have seen, it looks like he is the perfect forward for this team. He has the size and is deceptively quick. Also, he is not afraid to get his nose into the dirty areas in order to put the puck in the net. Assuming that Boston makes the postseason (although you know what happens when you assume), it will be interesting to see what Julien does with him.

Going forward, he would fit perfectly on a line with David Krejci and Milan Lucic. David Pastrnak is a great young player and will thrive greatly with this team due to his offensive skill. However, he is a little undersized to play on the top line of any NHL team. Connolly is the man that SHOULD fill the void.

Worst case scenario, he can skate with Patrice Bergeron and Brad Marchand. The possibilities are in abundance when it comes to inserting him into a permanent role. We will get a better understanding of how things will play out over the course of the last three games of the regular season. Once the playoffs roll around, then we will see what this kid is made of.

The Bruins clearly saw something in Connolly that would make him a great fit for dawning the Black and Gold. He will gel well with this team for this season and future seasons.