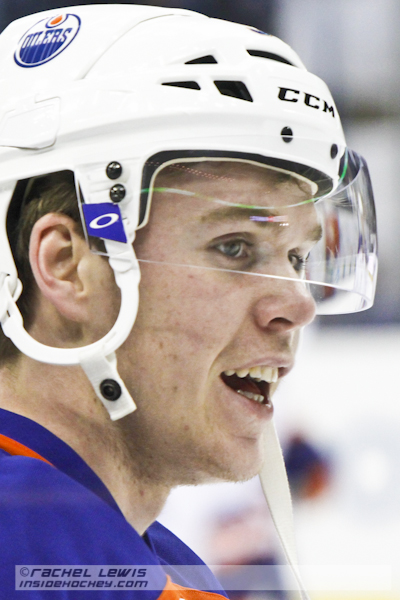 WonderCon. It’s like ComicCon, but not held in San Diego. If that makes sense to you, you probably have a Wonder Woman or Batman costume in your closet. Leave it there. This is about hockey.

So why mention it? Because it was going on next door to Staples Center on Saturday, and going into the arena, hockey fans encountered all manner of oddness in the way of growed-ups wearing costumes of ah, well, their favorite comics character is what I’m guessing. Oh, and thanks to the crowd, parking was $25. Whatever.

It was just as bizarre inside. Here’s proof: The American national anthem was sung by Dr. Drew. Do I need to mention his last name? He’s the TV and radio doc who diagnoses everything from genital warts to child abuse on his radio show, Love Line. (Ten minutes once a week, I listen as I drive home from working late into the evening.)

My question: who’s next? Dr. Oz? Then Dr. Phil? Dr. J? And you can think of the next one, ’cause I really, honestly have to get back to hockey.

That goal was scored by Jeff Carter with Lucic clearly obstructing the goalie. It went down like this: The puck was in front of the net on a rebound, and Carter picked it up and went to the right side. Meanwhile, Lucic tried to squeeze between the goalie and his defenseman, where there was no room. He knocked the goalie down, and then, it appeared, kicked his feet out behind him and interfered some more.

Patrick Maroon, who would eventually end the night with two goals and a fighting major (against that same Lucic), said of it, “That’s a goal that shouldn’t be counted, and that’s the inconsistency that comes from that call. I don’t like that call, so it’s, it’s pointless, but that’s not the reason we lost the game. We had our opportunities.”

Perfect goal to throw the challenge flag on, and McLellan did. They reviewed it for a relatively short time and called it good. Maybe it was the IPhone-sized monitors the refs were using, but it looked pretty clear to me and the people around me in the press box that this was a no-goal situation. Whatever. It was 2-2, and would stay that way to the end of the period.

Man, I would have been throwing the sticks out of the rack and across the ice. Anything to get my guys motivated, but McLellan just called the refs over and had a chat. No wonder there’s no fire in this Edmonton team.

Period two brought about more oddball moments. Luke Schenn of the Kings fell asleep and let Oilers #44 Kassian get to the net. He hit the post, and the Kings immediately took the puck down ice and scored in the form of Toffoli, who blew around a guy and roofed the puck.

A while later, the Kings went down again, crashed the Edmonton crease, and ended up in a scrum where the puck went in. The goal was waved off. But it doesn’t end there. On the same stoppage, the officials reviewed a play at the OTHER end of the ice, where the puck seemed to dance on the goal line of the LA net with Quick using a leg and his trapper to stop it. It was ruled no goal. The play had been nearly three minutes prior.

The Kings scored another goal, again not typical. There was a huge scrum in front of the Edmonton net. Andreoff was on his back. He half got up, and with all six Oilers right near him, put the puck in on a kind of one-arm shot from flat on the ice. Oh, before that, McDavid had gone down the ice and dropped a pass—right to Toffoli in the slot. Then he had fallen down. The Kings took it down and got the goal.

After that, Maroon and Lucic had a sort-of fight. After the game, Maroon explained his motivations: “I was just trying to play hard. Just trying to back check and play hard and get something going. See if he wanted to fight me and you know, anything to get the momentum going for my teammates. Get a little spark. I know it was 5-2 right then and trying to get a little spark and get things going. Hopefully good things happen and whatever. It is what it is, and it’s part of the game.”

IH asked him whether it was a leftover from when he was here in Anaheim, and he responded, “No, I never even talked to him. Never even came close to fighting. We both are big guys who play hard and play physical, and go to the net hard, and it’s just one of those things that happen.” True, but I saw Lucic in just his shirt after the game, as I did Maroon. Man, Lucic is a monster of muscle. Good thing for Maroon this scrap never turned into anything much.

You want more? The Kings were shorthanded and McNabb took a puck from Quick and flung it down the ice. The goalie for Edmonton, Brossoit, tried to play it but had to leave it due to the trapezoid. Lewis flew down ice and grabbed it, went around the net to his left and put it in. The goalie, meanwhile, had done a splits and stayed down, inching his way to his right to try to follow Lewis. Now, Trevor’s no goal-scorer, but he knows an empty top half of the net when he sees one, and that’s where he put it.

It was 5-2, and the Kings had fired 27 shots in two periods. Edmonton had 20. What Kings fans were happy about was that score. Sometimes, when they play an inferior team, they play down. Not this night.

Period three was absolutely normal. Except that the Kings gave up two goals to let the Edmonton team creep up to 5-4. This gave me the chance to watch McDavid a little bit and contemplate the question, “Is rookie of the year out of the question?” He’s pretty dominant. On the night he had a goal and an assist, but it was the other plays that stood out. He made a very clever pass to Maroon at one point, but Maroon shanked the puck wide. That would have been the fourth goal. After that, McDavid got the puck and took it across the slot, turning backwards and throwing a seeming no-look pass on the backhand to Maroon. That one was good for goal number four.

Sure, he made the drop pass mistake earlier cited, and that was pretty dumb, but otherwise, he was dominant most times he was on the ice. I was at his locker stall after the game and had the following impression: he’s still got the upper body of a teenager, which of course he is. His legs and butt are hockey-player big, but the chest and arms are small. If he puts on ten pounds of man muscle, and uses it to hold the puck the way Kopitar, for instance, does, he’s going to be a beast. Is he the league’s best rookie this year? Yeah. But you’ve gotta think that missing a bunch of games makes this voting contest an apples-to-oranges contest. Put it this way: If he doesn’t win, he’ll still fill a trophy shelf before he’s done in the NHL.

He said of the game afterwards, “It’s fine to see what happens when you play desperate hockey. We gave them all they could handle; we’ve done that a couple of times late in games, not just against these guys. It’s tough to come back from three [down], but I thought we did a good job in the third period.” He said about the disputed goal, “It’s so early in the game that you can’t let it affect you too much. Should it have been a goal? It’s not really for me to decide. It’s the ref’s call, and that’s the way it goes.”

The Kings got an empty net goal with half a minute left after Edmonton put on tremendous pressure in the final two minutes. And in keeping with the spirit of the game, it wouldn’t have surprised me at all to see them score and tie the thing. Not to be. They ended with 29 shots on the night while the LA team notched 33.

After the game, the questions to Coach Sutter were answered mostly with reference to the line combination of Toffoli, Carter, and Lucic. He said, “Jeff Carter’s line was as good as they’ve been all year. They were outstanding. It’s good to see Jeff put it away.” They combined for nine points. He continued: “I think the line, Jeff was making a lot of plays out there and the speed was very evident, especially against a really fast team. It was good to see Tyler score from in close. He’s had trouble in close lately, scoring goals, finishing, so it’s good to score some goals. Good for those guys that did score.” He then said, “That line, Luc[ic] was a force.”

Sutter then wished the small assembly of us a happy Easter. I’d like to think that’s the real Darryl Sutter, not the non-talkative person you (and I mean you, not just the “I slipped accidentally into second person” you) see on TV after the game.

Maroon says he is planning to visit his old friends in Anaheim Sunday in advance of playing them in Edmonton on Monday. He is expecting them to play for dinner, he said as he departed for the showers.

The Oilers’ season runs out with Calgary and home, Vancouver the same, then an away game in Vancouver.