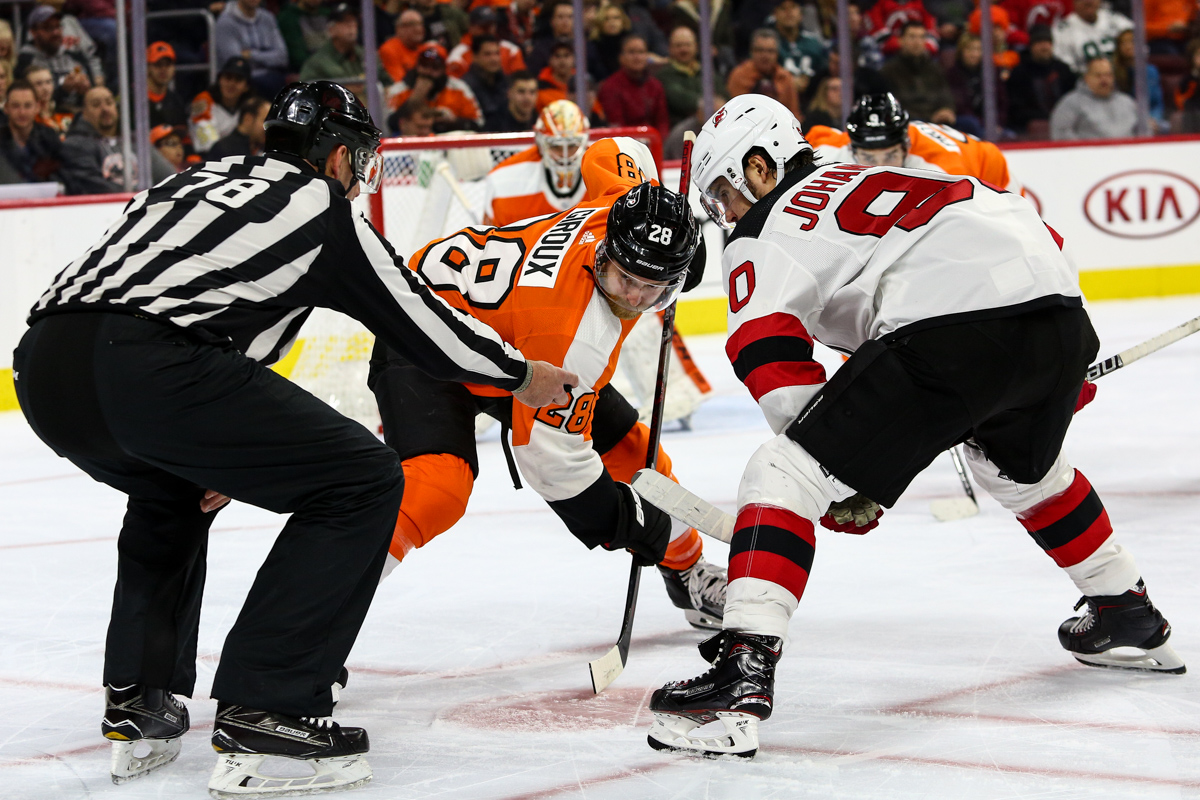 What to Do About MoJo?

NEWARK–Decisions loom for Ray Shero and the Devils, but it may be less obvious than initially thought.

Marcus Johansson, a UFA on July 1, is one of the hottest Devils as of late. In his last six games he’s notched seven points and 18 minutes per night. His most recent outing saw the winger tally a goal and helper while logging a game-high eight shots and four blocks in a 4-3 defeat at home to the Penguins.

Make no mistake, traction is certainly brewing on # 90 on the trade front. In his 31 Thoughts blog Tuesday, Sportsnet’s Elliotte Friedman noted that teams including Columbus, Edmonton, San Jose, Vancouver and Washington might have interest. He added, that the suggestion is, the price on his services are high–like second rounder for Brian Boyle-high.

That could stall things for now, even push a potential deal right up until 3PM EST. on Monday, Feb. 25. Or, it could allow for Shero and the Devils brass to consider another route: Re-upping the 28-year-old before the end of the season.

“It’s nice to see, he’s a high character kid,” said Hynes. “He’s a great teammate, he’s a great kid to coach. I really think now he’s been injury-free and has good chemistry with Jesper (Bratt) and Nico’s game has taken a step too and that helps Marcus.”

Johansson, who was reduced to 29 games last season due to injuries including a concussion, has missed 12 games this year. But now, he finds himself healthy and able to play regularly. His consistency has followed suit and he’s been a driver of play and an asset on the top line.

“We’re all working hard, we’re moving our feet,” the ex-Cap said when asked about his line’s success. “We’ve kept it pretty simple and that’s the big thing. I think when we do that we get to play a lot in the offensize zone.”

That line may very well help be the difference in a package that includes a first round pick or second; a B-level prospect versus a C. But, might the Devil they know be a better investment for the future–the only place the 54-point club can look to–than a potential who may or may not be around when the clock strikes noon on July 1? The ringing endorsement from his coach at least suggests that there’s some potential in that kind of thinking.

“When you look at the move we made to get him, he was a heck of a player in Washington and was playing with some high-end skill players,” he said. “I think the fit he has right now with Hischier and Bratt–and their games have elevated. You’re starting to see what he can do. He’s a skill player with high hockey sense.”

We’ll presume the high-end skill players, aside from those he’s already paired with, are expected back by at the latest–next season. Taylor Hall headlines this group, but consider also, a potential top-five pick in June’s entry draft (the Devils are presently tied for third-best odds at first overall) and at least a taste of some of the organization’s youth that’s yet to appear in primetime. All of that culminates in the kind of nucleus that might appreciate # 90’s versatile skill set.

Especially when you consider the discount the team paid for him two summer’s ago.