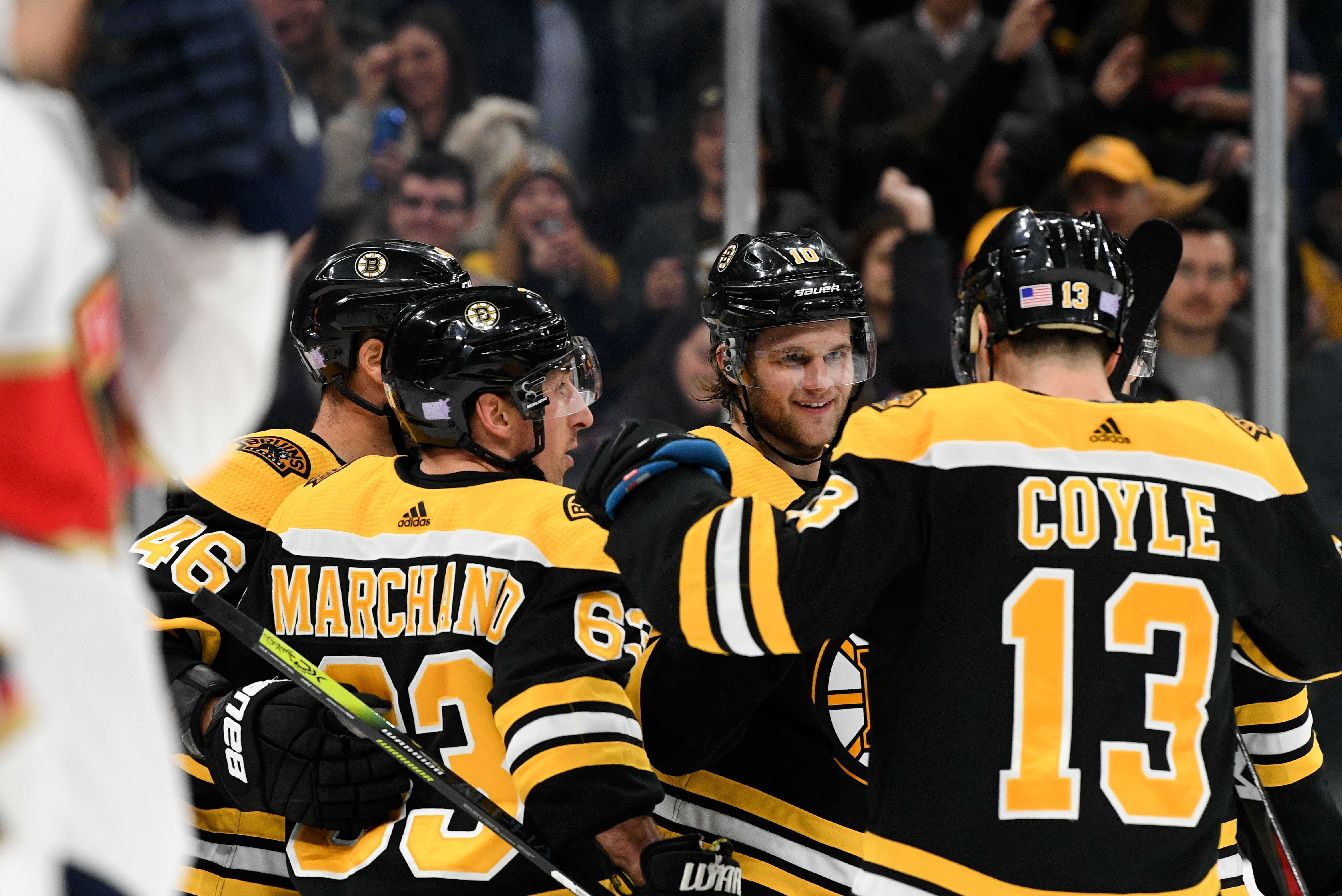 What Is Going On With The Boston Bruins Right Now?

It is hard to imagine that flipping the calendar from one month to the next would make such a difference for one of the hottest teams in the National Hockey League.

There is only one plausible explanation…it is those darn mustaches.

All kidding aside, the Boston Bruins are on a minor slump right now. After starting the season 9-1-2 in the month of October, the Black and Gold have gone 2-2-2 in six games to start the month of November, which includes a four-game losing streak.

Boston was outplayed in the games against the Montreal Canadiens and the Detroit Red Wings from start to finish. The opposition in both games racked up more shots than the B’s, but sometimes that is not always a tell-tale sign of a team outplaying another. The eye test alone told the story; there were so many golden scoring chances for both Montreal and Detroit that the netminders could only do so much.

If there was one excuse that Boston could have argued for is that both of those above-mentioned games were on the road. The Bruins are only one game above .500 in road games so far this season, whereas they have yet to lose in regulation on home ice.

Up next was Philadelphia, and this one was ugly for the first 40 minutes. There were way too many sloppy plays and the team absolutely got away from playing simple hockey. Boston managed to pull even and force the game into overtime, but the Flyers ended up taking the two points in the shootout.

It is worth noting that during those three games, the Bruins led for a combined 1:32 of play. Chasing the score and not getting off to a good start is a recipe for disaster.

The final straw came this past Tuesday night when the B’s played host to the Florida Panthers, a team that is nipping at their heels in the Atlantic Division standings. Everything that B’s head coach Bruce Cassidy could have wanted from his team during the first 40 minutes, he received. Boston was putting forth an aggressive forecheck, playing responsible in its own zone, and generated great scoring chances.

The Bruins took a 4-0 lead into the final period. Anyone watching the game at that point would have said that this one was over. That was not the case at all. The Panthers came back to net four unanswered goals and secure the victory in a shootout.

Among the whispers that fell over the TD Garden as this collapse was taking place was the element of surprise. The Bruins have developed a reputation of playing the full 60 minutes and closing out games when needed. This recent stretch has not been like them at all.

So, what exactly has gone wrong for this team?

First of all, the amount of untimely penalties has been problematic. During the four-game losing streak, the Bruins have been whistled for 16 penalties.

Fine, that happens. Sometimes you do not get the benefit of the doubt and the officials have low thresholds for a particular game. It is what it is. As a professional, however, the job then becomes to fight through adversity and kill off the penalties.

That has not been the case lately for Boston, as the team has allowed four power-play goals during this four-game slump. The Bruins now rank 13th in the NHL in penalty killing percentage with 82.1%. Right in the middle of the pack.

Secondly, the goaltending has not been as sharp as it was during the first month of the season. Both Tuukka Rask and Jaroslav Halak collectively are still only allowing 2.50 goals per game and rank near the middle of the pack in shots on goal, but the amount of soft goals that have trickled in recently is a bit alarming.

Despite all of the negativity thus far, there is still room for optimism. Let’s take a look at some of the positive outcomes that have transpired during the month of November…..

David Pastrnak is continuing his tear through the league. He currently leads the NHL with 16 goals. Brad Marchand is flying under the radar as having one of the best stretches of his career as well; Marchand ranks fourth in the NHL with 30 points.

Also, Anders Bjork recorded a pair of goals during this four-game stretch. He is becoming a viable scoring option outside of the top line. With Zach Senyshyn and Urho Vaakanainen filling in admirably for the plethora of injured Bruins, the team is incorporating young players into the lineup that can build a foundation for the future.

Every team hits a skid in the road. Boston is in the midst of one at this very moment. With upcoming games against Toronto, Washington, and New Jersey, the Bruins need to turn things around very soon. Only they can make it happen.

That insurmountable stranglehold they once had on the Atlantic Division does not look so daunting anymore.