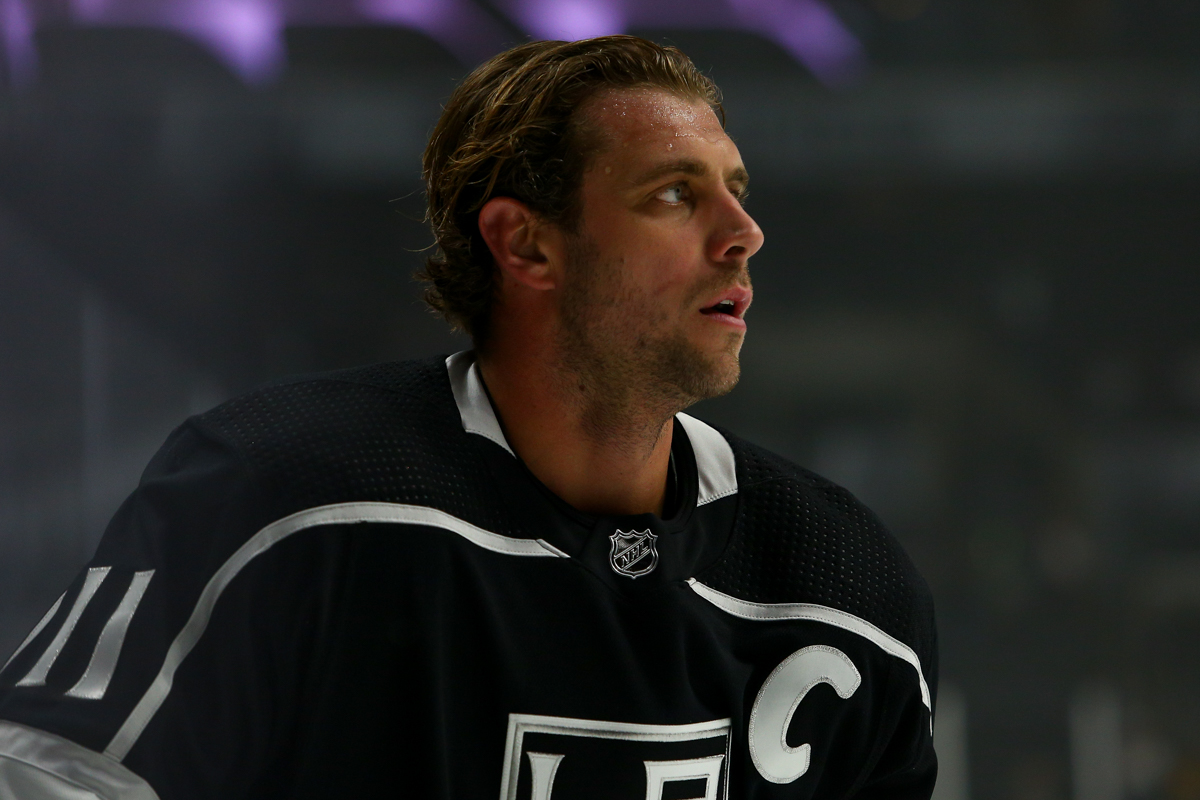 We Have Seen the Future

In a game otherwise unremarkable, Anze Kopitar made history by gaining his 1000th NHL point, all with the LA Kings, on Wednesday night in Arizona. Kopitar has never won a scoring title, but that reflects his all-around game. Don’t forget, he won his Cups under the grinding defensive style of coaching brought by Terry Murray and perfected by Daryl Sutter.  And don’t feel sorry for him for the goals that didn’t come under those bench bosses. He’s had plenty enough to celebrate. Along the way have come two Stanley Cups and two Frank J Selke trophies, along with  a Lady Byng.

Marcel Dionne, Dave Taylor, and Luc Robitaille. Those are the other players in LA Kings history who  have notched 1000  or more points. Robitaille played with New York and Detroit also. Dionne finished his career  in the  Big  Apple. Taylor was a lifelong King, as Kopitar has been.

How long until #11 is retired in LA? A while, fans hope, since Kopitar is only 34 (birthday time in August, before next season starts, will make him 35). But someday, he’ll be there with the Kings (and Lakers) greats. At the moment, he’s under contract for three more years, at 8 million bucks next year and seven each of the two after that. By the time those are up, and not to say he’ll be done playing, he’ll have earned more than 80 million USD in his career.

The point came at the end of the game against Arizona, an assist. He now has 346-654-1000 points. The goal came off a faceoff win back to Sean Walker, who cranked the  puck the length of the ice with the  Coyote’s goalie, Adin Hill, on the  bench for the extra attacker.  The Coyotes were trying to stay alive mathematically for the  playoffs. The loss nailed their coffins shut.

What played a part in this low-ish pick was probably Kopitar’s Slovenian origins. I remember that summer when he was taken, and believe me, nobody had much faith in his background. He spent the year after his draft playing in Sweden, then came to LA for 2006-07. He was an immediate hit, though it took fans a while to trust him–to learn, rather, his character and durability despite his having come from away. Far, far away.

Let’s not forget that when Kopitar arrived, the LA team was a disaster. They’d had a couple of sniffs at success, including the Cup run (loss) in 1993, and some interesting playoffs against the Oilers in the Gretzky  years, but no significant success otherwise. They’d made the playoffs only four of 11 years prior to his arrival, and they missed in his first four years as well. It was hoped that Kopitar might lead them somewhere. What nobody saw at the time was that the complementary group of Kopitar, Quick, Brown, and others are what would make that happen for real.

His first goal was a blow-past of Chris Pronger on the Ducks’ home ice to tuck a puck in the left side of the net.  Pronger at the time was still in his prime, and he was plenty big enough, fast enough, and mean enough to shut down the best. Kopitar raced by him, and never mussed his hair while doing it.

After the momentous game in which that first point turned into 1000, Kopitar said, “It’s very exciting right now. My heart is still racing. I think it’s going to set in much more in a few days or weeks.” He differentiated this milestone from the one where he reached 1000 games, because that one everyone knew was coming, and when. Of course, everyone knew this 1000-point one was coming, too. Just not when. Or that it would happen last-minute like the assist did, throwing everything else that happened on the night into shadow.

Coach McLellan said that Kopitar should score 500 more, but that he’s also very important as a mentor for his putative replacement, Quinton Byfield, who, in a nice bit of symmetry, scored his first NHL point on the night, also an assist.

Note that Kopitar and company still have some potentially meaningful games left to play, as the Kings hang on by a thread in hopes of making the playoffs this year.

By the way, if you want to know the story  of baby Kopitar’s pyjamas, please consult the chapter I wrote about him in my book Living the Hockey Dream.