It’s been 25 years since the 1992-93 season, which was captured beautifully in A Season in Time, a terrific 2012 book by Todd Denault (and currently on sale at Amazon for only $1.99). That season saw an unprecedented offensive explosion led by the likes of Mario Lemieux, Teemu Selanne, Alexander Mogilny, Pat LaFontaine and Pierre Turgeon. Amazingly, Lemieux managed to lead the league in scoring (160 points) despite missing over 20 games while getting treatment for cancer. And at the season’s culmination, Patrick Roy led the Montreal Canadiens to a scintillating Cup Finals victory over Wayne Gretzky’s Los Angeles Kings; a Canadian team hasn’t lifted the Cup since.

That season was also the first time EA Sports’ hockey video game included the actual NHL players. While the hockey franchise debuted the prior year with NHL Hockey (real teams, but not the real players), it was the opportunity to control the actual players on the virtual ice that captivated sports fans across North America. It’s hard to believe today given the popularity of the NFL and EA Sports’ Madden franchise, but back in the mid-1990s, it was the hockey video game that ruled the roost. While Selanne and Mogilny were lighting up scoresheets in arenas across the league, video gamers were turning the likes of Jeremy Roenick and Steve Yzerman into pixellated legends.

Released at the onset of the 1993-94 season, NHL ’94 combined both the league and player licenses – as it’s been for the ensuing 24 seasons – and introduced two critical new features: one-timers and the ability to control the goalie. There was a fool-proof scoring method in NHLPA – a left/right deke that would almost certainly result in a goal – and the ability to control the goalie meant the elimination of that bug/glitch. And the addition of one-timers opened up a whole new level of in-game creativity. NHL ’94 is often lauded as the high point of the franchise, and it certainly had a lot to offer for itself, but it was in no way a realistic simulation of the game on the ice. Over the past two decades-plus, the game has undergone massive overhauls, with ever-more-realistic graphics combined with a sharp increase in the amount and detail of player control.

In recent years, the NHL series has consistently received very high marks, often outperforming its higher-profile stablemates (Madden and FIFA). And now, with the addition of an entirely new, arcade-like feature – Threes – the game’s appeal is likely to spread even further. Somewhat evocative of the slapstick NHL Hitz franchise produced by Midway in the early 2000s, Threes opens up the ice and makes for a super-fun alternative gameplay experience. The action is fast and hard-hitting, and it’s a super-easy mode with which to introduce (or reintroduce) friends to the game.

The more realistic modes have plenty to offer as well. The mode in which I’ve spent the most time – Hockey Ultimate Team – enables you to build a roster of players (via packs, won challenges, auctions and trades) that you can then use in various contests (both against the AI and against other individuals online/offline). It’s been quite interesting to watch the player marketplace develop, and I’ve managed to put together a competitive roster in only about two weeks. In addition to acquiring players, I’ve also added some logos/jerseys/arenas to the mix, making it possible to easily mix things up and keep the game fresh.

One area in which I’ve admittedly fallen behind the times is with regard to game controls. Back when the game was on the Sega Genesis (NHLPA ’93, NHL ’94, etc.), controlling the players involved little more than the B/C buttons and the direction pad. As the game has evolved, the button combinations became increasingly intricate, and over time I developed a comfort level with the “hybrid” controls that represent a balance between the classic versions of the game and the most-current Skill Stick control scheme. This year, I finally made the leap to the Skill Stick, and though there have been some obvious (necessary?) speed bumps along the way, I’ve come to find the Skill Stick controls to actually be easier than the hybrid control scheme (the additionally-offered NHL ’94 controls are too limiting to allow for a complete enjoyment of all that NHL 18 has to offer).

The visuals in NHL 18 are downright spectacular, and I’ve found myself using the Dynamic Low camera angle more often than not. While the closer-in perspective does make it harder to see the entire ice, it makes it possible to appreciate just how intricate the Skill Stick controls can be with regard to defensive maneuvering and/or deking with the puck. Of course, sometimes you inadvertently gain control of the goalie and this happens…

Overall, NHL 18 represents a very solid upgrade over last year’s edition. The graphics are better, the gameplay is smoother, the Threes feature adds an additional level of playability to the game, and Hockey Ultimate Team offers a super-fun way to build a team in your own vision/mold. Without question, NHL 18 is the best hockey video game ever produced. While the incremental difference between this year’s edition and last year’s might not be seismic, the totally of the improvements and additions – combined with the ability to play with current rosters including the newly-formed Vegas Golden Knights – makes NHL 18 a must-purchase for any even halfway-serious hockey video-gamer. 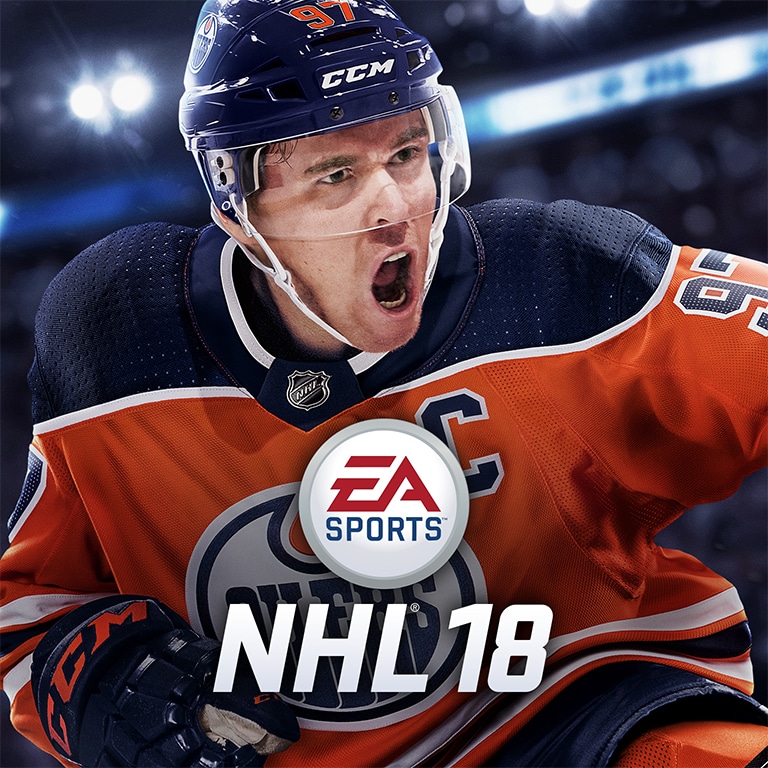