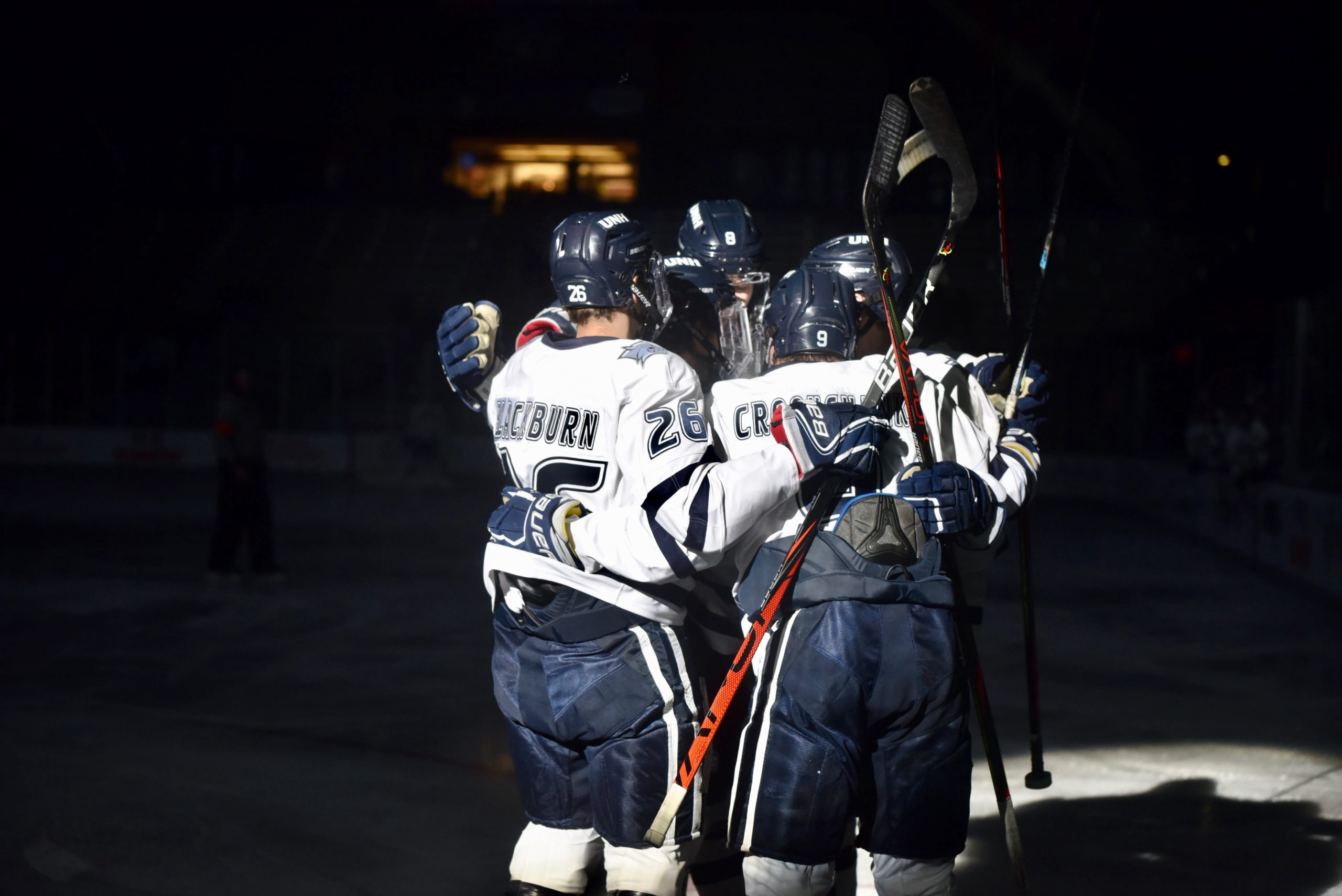 UNH Ties BC to Conclude Season

Durham, NH- When Northeastern defeated Boston University on Saturday afternoon, the New Hampshire Wildcats were eliminated from Hockey East playoff contention. Boston College had already claimed the top seed in the Hockey East tournament. So their Saturday night matchup carried no postseason implications. Still, the Wildcats and Eagles played a spirited game at the Whittemore Center in front of a jazzed crowd.

BC came out flying in the first. Mike Hardman gave the Eagles a lead 1:42 into the game and Logan Hutsko tacked on his 19th goal of the season, tying him with Alex Newhook for the most on the team. UNH took control of the late first period pace but couldn’t get anything through Spencer Knight.

New Hampshire authored one of their most dominant periods of the season in the second. The Wildcats won the shot counter 25-6 and never allowed the Eagles to breathe. They got two pucks into the net. Angus Crookshank took eight seconds to pot his team leading 16th goal of the year on a power lay that carried over from the end of the first. Near the period’s middle, Senior Justin Fregona scored his first goal of the season to tie the game.

Early in the third, UNH appeared to have the game won. Senior Liam Blackburn scored to give the Wildcats a 3-2 lead. But late in the stanza, BC showed their resilience. Aapeli Rasanen scored to tie the game and force overtime.

In the extra session, UNH appeared to score in the final minute, but the officials reviewed and called the goal back for goaltender interference. UNH got one more look on the net but couldn’t complete the perfect ending, completing their season with a 3-3 tie.

BC moves to 24-8-2 (17-6-1 HEA). Head Coach Jerry York had nothing but high praise for Mike Souza’s coaching job after the game. “They played terrific. UNH is going to have a really good future. Souza has them going in the right direction. They impressed me tonight.”

The Eagles host the 8th seeded Providence College Friars in the Hockey East Quarterfinals next weekend at Conte Forum.

”I was so proud of our team tonight for the way they competed,” commented Souza. “Finding out right before puck drop that you weren’t going to have a chance to continue your season and going out with an effort like that against a really good team like that is a testament to the seniors and every guy in that locker room.”

Five seniors graduate from UNH in the spring. Justin Fregona, Joe Sacco, Joe Lazzaro, Liam Blackburn, and Captain Anthony Wyse depart from the program after the first .500 season in Durham since the 2014-2015 season, when UNH reached the Hockey East Semi-Finals at TD Garden for the last time.

”It’ll feel weird never being in that locker room again,” commented Wyse. Fregona added “I think this program is going to skyrocket over the next few years.