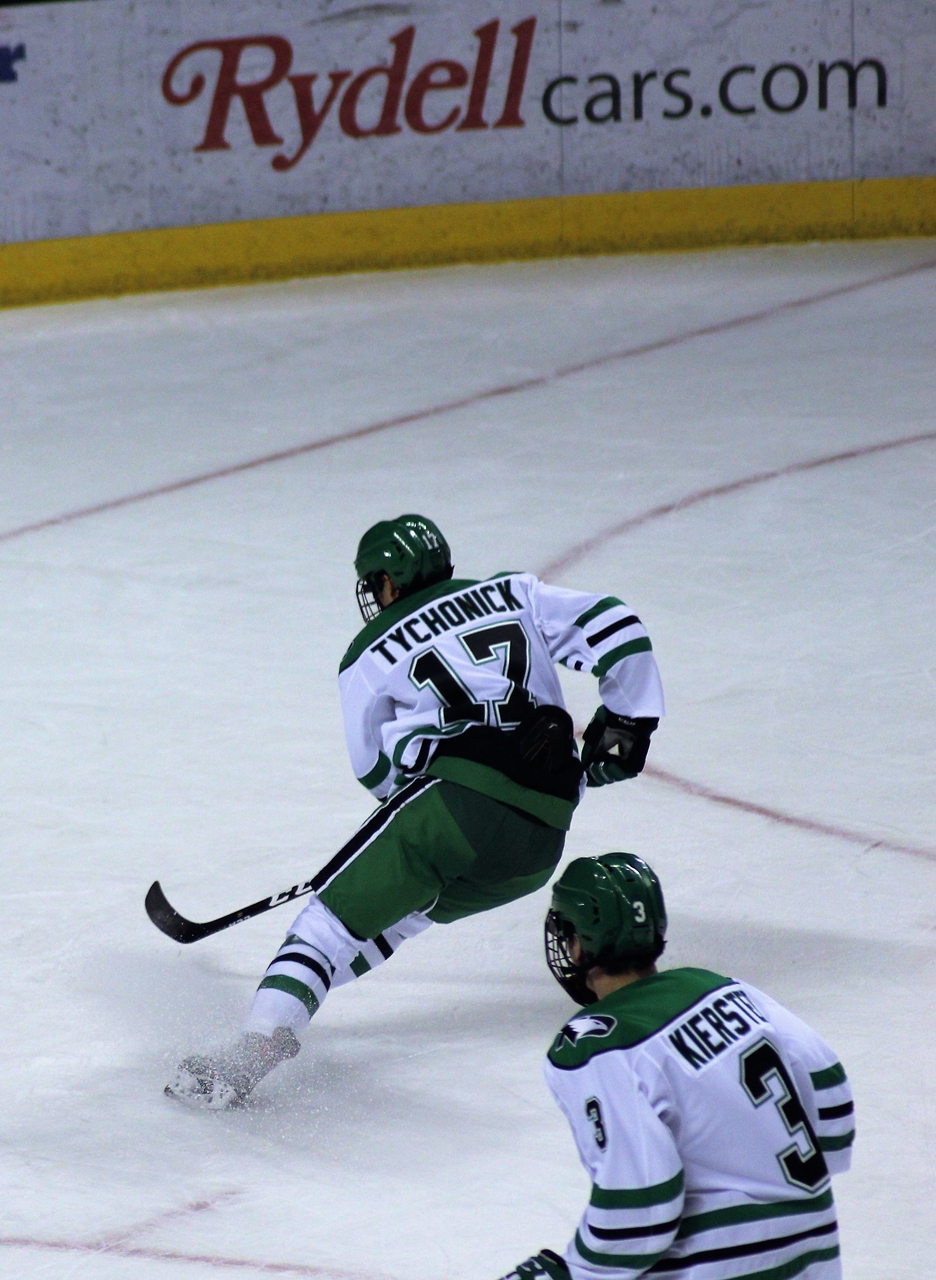 Grand Forks, ND – On Saturday night, the University of North Dakota hockey team got off to a quick start. Thirty-six seconds into the game, the sophomore forward Grant Mismash was depositing the puck into an empty Bemidji State goal. It was the start the Hawks wanted.

“On the first shift you always want to kind of do something impactful to get yourself and the team in the game,” Mismash said. “Kind of a broken play, me and Gooch, on the forecheck there, and he made a good pass and I just had to tap it in.”

Unlike Friday night, the Fighting Hawks had put nine shots on net before the game before five minutes had elapsed.  At the 16:51 mark of the first period, Hawks sophomore forward Mark Senden would take a feed from Cole Smith in front of the Beavers goal to make it 2-0.

In the second period, the Hawks expanded their lead to 3-0 with a beautiful goal by sophomore defenseman Jonny Tychonick (the first of his career). The play started with a fantastic save by Adam Scheel. Kawaguchi picked up the loose puck and started a rush up ice; he fed Mismash with a beautiful pass – Tychonick, receives the pass from Mismash and puts it in the twine. It was a highlight-reel goal.

Sheel described Tychnick’s goal, “Grant gave him a nice pass back door and he buried it. I’m sure he was happy with that.”

When the night was all over, Mismash had a goal and an assist and was named the game’s first star. In the offseason, Mismash worked hard to improve his game and his efforts have caught his coach’s attention.

“I think he’s matured in a lot of ways,” head coach Brad Berry said.  “He made a commitment this summer, in training. Not only here, but back home in Minneapolis trying to get his body in better shape The details and habits of this game have improved a lot.”

“No. I think the biggest thing is winning games right now,” Berry said. “If we weren’t getting the looks, I’d be concerned. Last night, we weren’t sharp, tonight we were sharp. We just got to keep building it.”