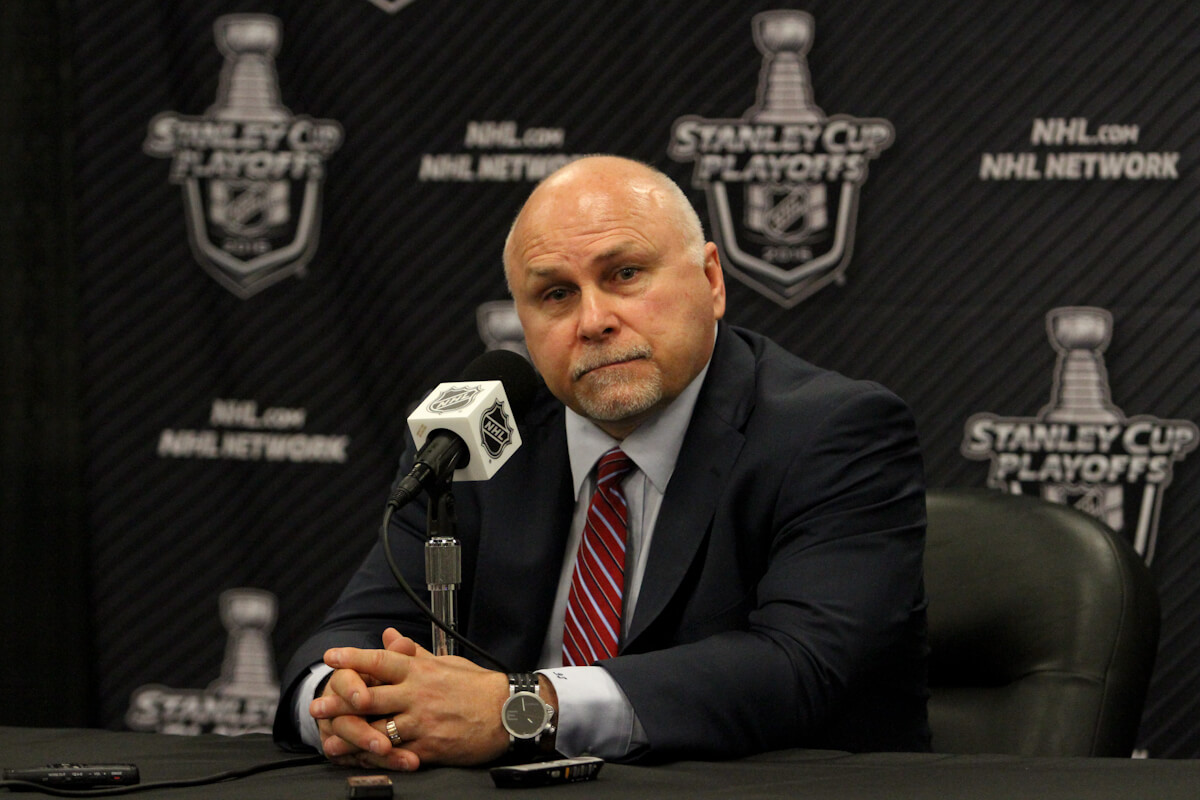 Trotz’s Next Act: He’ll Have Options

It’s hard to remember the last time a head coach, in any sport, fresh off winning a championship, made the decision to leave their respective organization. Enter Barry Trotz, who did just that on Monday.

Trotz, 55, was the subject of job security rumors throughout the season and into the postseason. It was well-known that he was in the final year under contract and it might very be a “Cup or Bust” season for he and the Capitals. So when the franchise captured its first Stanley Cup in its 44-year history earlier this month, many expected a blank check to be slid Trotz’s way.

As it turns out, winning it all already sealed his fate in the form of an automatic two-year extension. But, according to Elliotte Friedman, negotiations regarding the extension’s value proved to be detrimental in finalizing the extension. And so, Trotz, 55, becomes a free agent in his coaching prime with a reputation for having strong relationships with his players and a Stanley Cup to his name–he’s also the fifth winningest coach in the game’s history. That has him poised to certainly earn that blank check type of deal. And, while there’s just one current vacancy (aside from Washington), his availability is sure to have some teams questioning their plan to go forward with status quo.

The Islanders, the default favorites by virtue of the only other vacancy, have a new culture about to take shape under the direction of GM, Lou Lamoriello.  And Trotz’s hire would be exactly what the doctor ordered for the “convincing John Tavares locomotive,” and there’s something to say about the positive attitude that comes with the ex-Preds and now, Caps coach, who has compiled a 762-568-60 career record.

The accomplished Trotz isn’t lost on others around the National Hockey League, either. Monday’s announcement inevitably left some GM’s pondering its status quo now that the coveted bench boss is a free agent. In 2015, when Mike Babcock was given permission to speak with other teams, many came calling for his services including the Sabres, Sharks and Blues–the latter of which already had Ken Hitchcock in place at the time. Babcock ended up in Toronto on an eight-year deal with an annual value north of $6 million. That seems to be what Trotz is aiming for–financially speaking over term. So who might the real suitors be? He’s free to sign now, just a matter of when and where?

We’ll start with the obvious–the Isles are the only other head coaching vacancy in the league. They’re in the early stages of what many are calling a change in “culture.” Trotz has a well-known reputation for being a player’s coach. He’s gotten the most out of his teams–most notably in Nashville when his team regularly contended for the postseason despite having one of the lowest payrolls in the league. If Tavares returns, he’ll have himself an elite NHL center yet again. With the most cap space of any team, according to Cap Friendly, it’s not improbable to he could also have his top defenseman back in John Carlson, an unrestricted free agent and native of the area.

When Bruce Boudreau was hired by the Wild in 2016, he told his wife that it would be his final spot for an NHL coaching career that not unlike Trotz’s, was established after years of working in minor league hockey. Minnesota’s core players last season were largely north of 30–that’s not ideal. Nor are some of the contracts the club has on its books for the next season (and more). Trotz would help almost any situation he comes into, but it’s probably not getting to the root of the problem if you’re Paul Fenton.

The Blues are coming off a season in which they missed the postseason for the first time since 2011. Mike Yeo’s first full season as the Blues’ coach, after replacing Ken Hitchcock last year, didn’t go according to plan. St. Louis was 16-5-1 on Thanksgiving and seemed likely to return to the postseason for a seventh-consecutive season. By Feb. 26 and the trade deadline, the club had hit hard times–just five games over .500, but dealt pending UFA, Paul Stastny to Winnipeg. The Blues battled, but were eliminated from contention in their final game of the regular season. Doug Armstrong might afford Yeo a longer leash, especially after an injury-rittled season (315 man games lost). But he’s also obligated to investigate the optics, especially if the Blues up and coming youth, talented forwards and a fairly mobile blueline is of interest to Trotz. A bonus: St. Louis seems like a good market for him, too.

Maybe there’s something here. Maybe Randy Carlyle, whose Ducks were swept in the first round by the Sharks, couldn’t push the right buttons on a Ducks team that finished with 100+ points for the fifth-straight season. They still have the cool breeze from a Cup window emanating. But how much longer can it last? Ryan Getzlaf and Corey Perry, two gem finds from the infamous 2003 Draft, will both turn 33 next season. They’ve got milage on them, but are still playing at a high enough level. They’ve got John Gibson in net–so that’s good and a defense with Cam Fowler, Hampus Lindholm and Josh Manson under contract together for another four seasons–at just under $16 million. There’s ingredients for success in the postseason–something that’s been a well-documented struggle. But Trotz just slayed that dragon and that should give always aggressive Bob Murray something to consider. It’s also (and nothing against Carlyle) a total shift in tone.

This feels like something that can only happen if Trotz is still around in the fall. Expectations are high on the Connor McDavid-led Oilers. Todd McLellan’s club regressed by 25 points this season after a 103-point season in 2016-17 that included a trip to the postseason before falling in the second round to the afforementioned Ducks. McLellan might not have a lot of leeway if the team struggles out of the gate. Even less if Trotz is still kicking around in October.