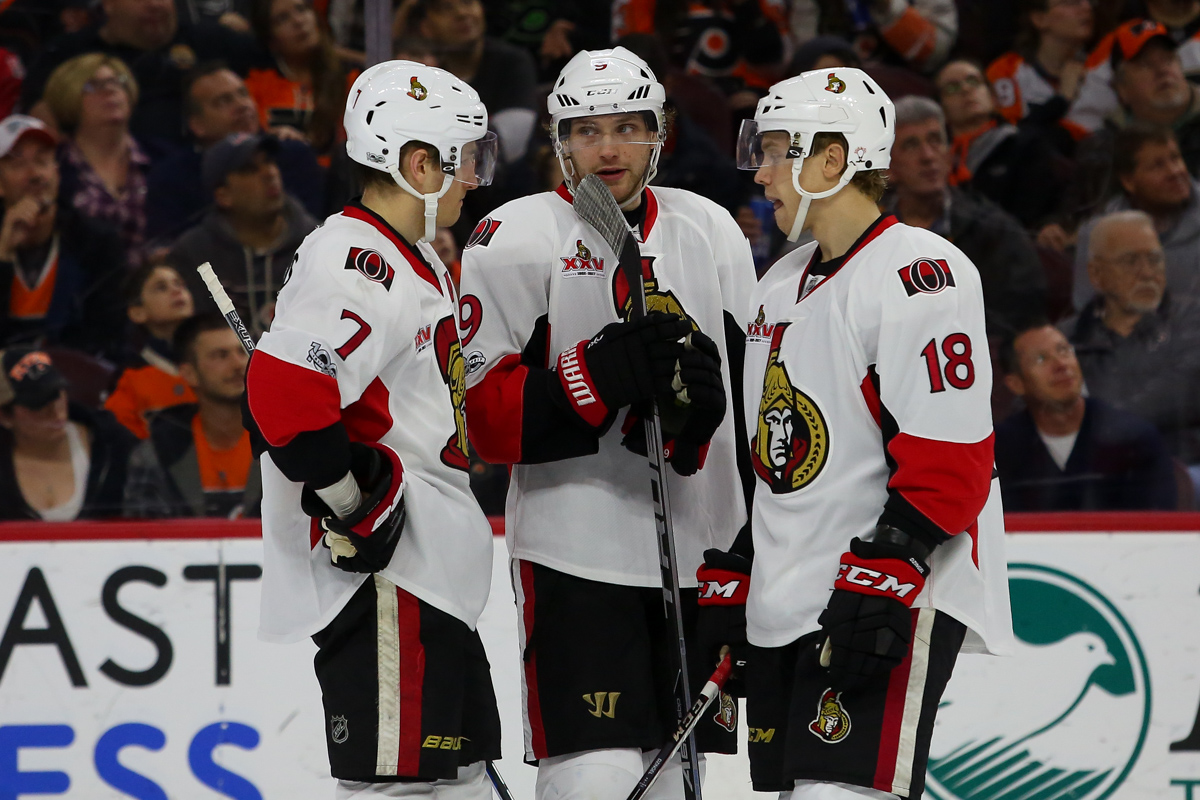 Time to Kick Some A$$

Bobby Ryan needs his a$$ kicked. I’m not saying that as someone who isn’t happy for Ryan’s success this playoff season. I’m saying that because he’s just the latest player to deliver a big hit to a vulnerable opponent, which happened in Friday’s game in Ottawa. The problem isn’t Bobby Ryan. It’s a lot of things. But someone’s gotta put a stop to the increasingly cheap violence that’s characterizing the game right now, and since the league isn’t doing it, it’s time for the players to do it themselves. Let me explain.

The refereeing in the playoffs this year has been atrocious. Let’s just say that. Goaltender interference? Called with complete randomness. High-sticking? Might be called, might not. Sometimes the phantom throwback of the head works. Other times, a player can be leaking blood and not get any attention. Same for cross-checking, interference, slashing, and a laundry list of other sins.

But lest we blame the refs, who are inconsistent and lax but not evil or intentional in their neglect, I’m sure, let’s note something else first. The players are doing this stuff to each other. Nobody forced Bobby Ryan to slam Chad Ruhwedel in the head in the corner in Ottawa-Pittsburgh game four. Nobody forced a certain Maple Leaf player to knee a certain Washington player and put him out of the World Championships; I mean, render him less effective in the playoffs. Nobody told Matt Niskanen to use a cross-check motion to (likely) concuss Sidney Crosby. But then again, nobody forced Crosby to do the slashing he’s done both during the regular season and since.

All of these were decisions made by players on the ice, and they affected other players, perhaps in some cases, for a long time. Now, let’s admit something else—lots of times this stuff happens in a split second. Lots of times these are reactions. But that’s aside from the point that players have lived these situations hundreds of thousands of times before, and that they are supreme masters of their own bodies and movements as those of us who never made it anywhere as athletes simply are not. So, you can’t excuse this behavior as split-second stuff. You have to accept the fact that NHL hockey today is played in the most dastardly ways on purpose.

But there’s a simple reason for all of this: there is no policing. None. Players can do what they do with sticks, elbows, and knees without suffering a lick of punishment beyond the two minutes they are (sometimes) given for their actions.

I wish the referees would do something, especially before somebody gets brain damaged or loses an eye from a high stick. But they’re not going to. Why not? Heck if I know. Maybe because most of the people in the highest levels of administration in this league have never played a shift, and they don’t understand that players read situations instantaneously, and they know, most of the time, what the results of their actions will be, and they could in most cases act differently. That they don’t suggests that they don’t fear consequences.

So the answer is simple: bring consequences back. Swift and sure consequences. That will mean that the tit-for-tat violence that sees players exchanging stickwork as they skate down the ice will stop, as will all of this other stuff.

Why consequences? The reason that NHL hockey has so quickly and fully devolved into the worst kind of what used to be thought of as “European-style hockey”—replete with cheap shots and stickwork—is that nobody beats the heck out of anybody else any more in this league.

I talked with a former player at the Ducks’ game last weekend, and he was clear. “In my era [the 1980s], you were responsible for what you did. So we didn’t take these kinds of liberties. We knew what would come.”

Since then, we’ve gotten rid of fighting, mostly. And sure, I was against the meatheads and their staged fights. I never dug the logic that having my tough guy lose to your tough guy somehow would send a message to me and my teammates that we were on warning to be good. But what went away with that sort of fighting was accountability.

You think if Matt Niskanen or Bobby Ryan knew that an ass-whooping was coming they would have done what they did to the players named above? Leaving aside the possibility that Niskanen had no time to know that Crosby’s head would end up where it did, he admitted after the game that he did intend a crosscheck. So have a lot of others, snapping guys’ necks back and leaving them lying flat on the ice. I just can’t think of all their names right now. Maybe that’s because there are too many of them. In fact, almost everybody on the ice these days has turned into a cheap-shot artist.

My reasons are simple, but they don’t include “I want to see more fights.” They’re horrid and disgusting. But I’m also plenty sick of the cheap and tiny violence that has infected this game. Let’s add crashing the goalies to the list. Do you really think that a guy who knows he’s gonna face the sheriff is going to run your goalie over, ending up hanging on the crossbar, his blades inches from your netminder’s neck?

I don’t think so.

This is a tough game. Not many can play it well. And not many can withstand the violence playing it for a living would subject them to. But it’s time to start punching people in the face when they act with a lack of respect for others on the ice.

I just hope it happens before something takes place that will really frighten and disgust the audience and drive them away from the game.