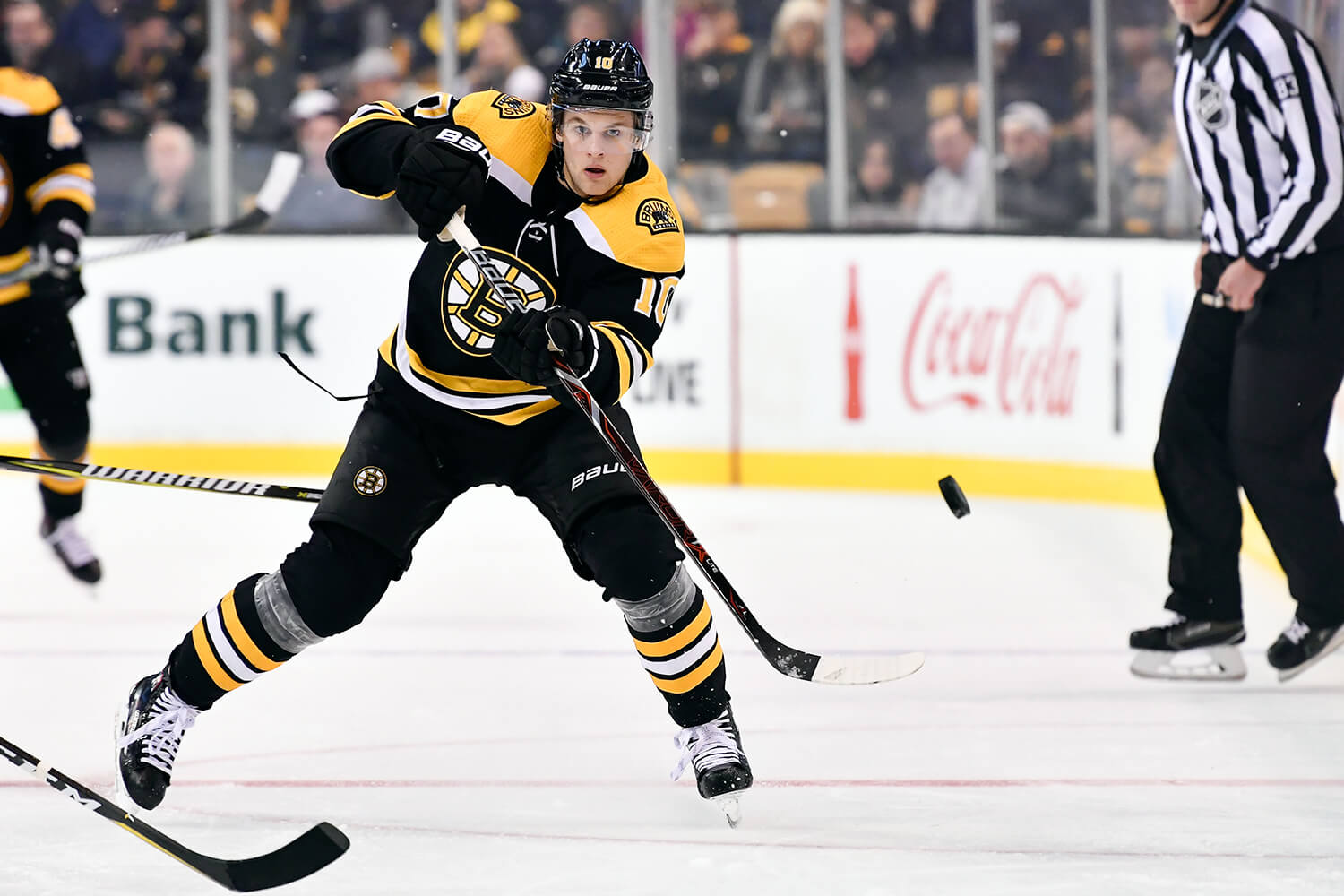 The Time Is Now For Anders Bjork

If there was no such thing as bad luck, then Anders Bjork would have no luck at all.

That has truly been the story for the 23-year-old forward, as his two-year professional hockey career has fallen short of expectations. As a three-year standout at the University of Notre Dame, he skated in 115 games and racked up 109 points. In his final collegiate season, Bjork was a finalist for the Hobey Baker Award as one of the top players in college hockey. He was also named a Hockey East First-Team All-Star before signing a three-year, entry-level contract with the Boston Bruins.

To add to the pressure, Bjork made the Bruins’ opening night roster for the 2017-18 National Hockey League season. This came after impressing upper management and the coaching staff during training camp while skating alongside Patrice Bergeron and Brad Marchand on the top unit. He even notched an assist in his NHL debut.

Not too bad, right? Well, the kid just could not stay healthy.

The Wisconsin native’s rookie season came to an end after suffering a left shoulder injury that required surgery. Even though Bjork spent last season alternating between Boston and Providence, it looked like he was starting to find some traction within the organization. Unfortunately, he suffered yet another season-ending shoulder injury. Bjork has skated in only 50 games with the big club, registering five goals and 10 assists for 15 points.

Heading into this upcoming season, this could truly be a make-or-break year for the highly-touted prospect. For a guy who is supposedly healthy and ready to go for training camp, this could be a situation where both the player and the team will benefit from the patience.

Maybe in the grand scheme of things, the time just was not right for Bjork in his first two seasons in the NHL. At the same time, the Bruins were undergoing an identity crisis of trying to figure out what type of team they wanted to be. With players like Noel Acciari out of the organization and the active mission of trying to move on from David Backes, the Bruins want a young and fast team.

However, Bjork is not exactly a power forward. At 6’0”, 190 lbs., he should be able to put on the necessary weight to win battles along the boards and in front of the net. Rebuilding muscle after surgery is the perfect opportunity to do just that. With that being said, he needs to be able to maintain his high-octane speed and quickness because that is one of the attributes that got him into the NHL in the first place.

For the first time in three years, there should be some serious optimism regarding Bjork’s place with the Black and Gold. There is a need for a top-six winger to help balance out the scoring, and to solidify the second line with David Krejci and Jake DeBrusk. Bjork has the ability to play on the off wing, so that could work in a perfect world.

A lot can happen between now and the first game of the season, but if Bjork can stay healthy and impress during training camp, it will be his spot to lose.