MARLEAU SCORES TWICE IN FIRST GAME BACK WITH SAN JOSE
Patrick Marleau scored twice in his first game since being signed by San Jose, where he played his first 19 seasons from 1997-98 to 2016-17 after being chosen by the Sharks with the second pick in the 1997 NHL Draft.

“I can still skate, I can still play so I just need to take advantage of the opportunities I’m given. I’m playing with a great bunch of players as well is going to help out. The coaching staff here understands my game and they’ve always put me in the position to succeed so it’s up to me to put in the work and take advantage of that opportunity.” – Patrick Marleau 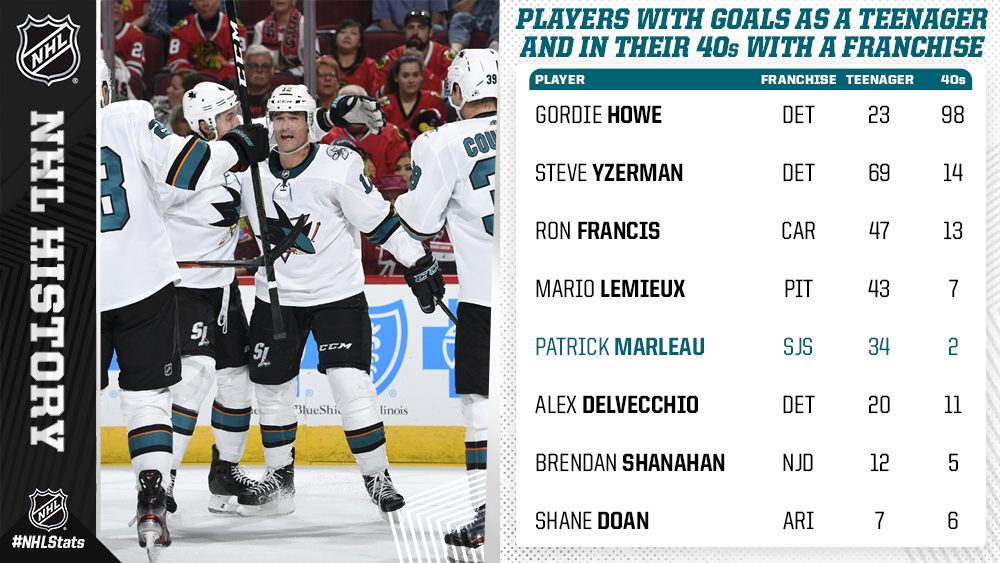 * The 40-year-old Marleau, who scored 34 career regular-season goals with the Sharks before celebrating his 20th birthday, became the eighth player in League history to score at least one goal as a teenager and at least one goal while in his 40s with the same franchise.