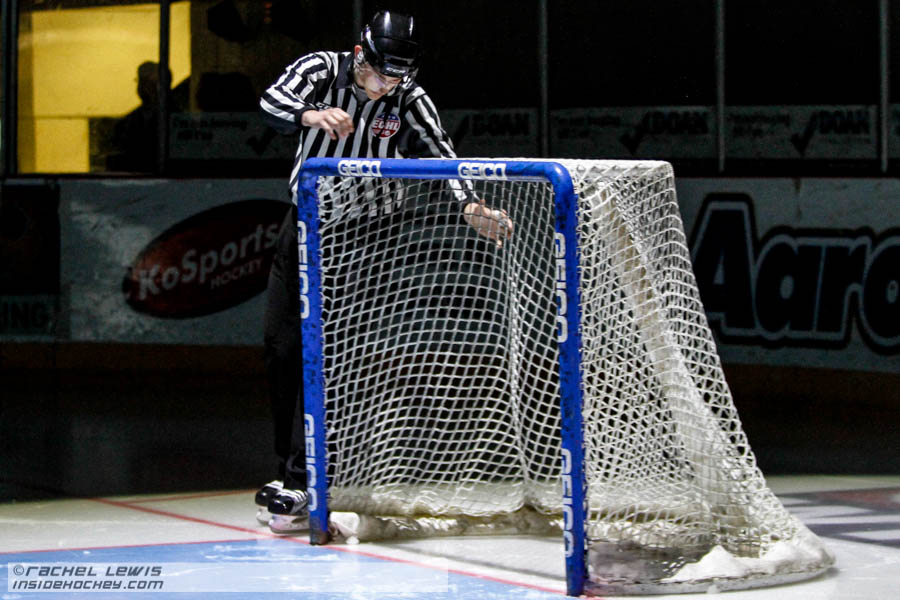 The first state to ratify the Constitution of the United States is celebrating its first professional hockey team. The Delaware Thunder franchise was introduced at a recent press conference, and will become the ninth member of the Federal Prospects Hockey League. The team held an introductory press conference at its home ice, the Centre Ice Arena at the Delaware State Fairgrounds in the city of Harrington.

“Bringing pro hockey to southern Delaware is quite an achievement because people told me it wouldn’t happen,” said Charlie Pens, the Thunder’s majority owner who heads the investment group Delaware Pro Hockey LLC. He will also serve as the franchise’s president and general manager. “We are going to bring a very exciting brand of hockey to this building.”

The Thunder becomes the state’s third professional franchise, joining the Wilmington Blue Rocks baseball team, an advanced class A affiliate of the Kansas City Royals, and the Delaware Blue Coats, a (development) G League basketball affiliate of the Philadelphia 76ers.

The Federal Prospects Hockey League, the equivalent of a Class A baseball affiliate such as the Blue Rocks, claims to have helped more than 500 players advance to leagues such as the ECHL, the American Hockey League, and European circuits. For example, Watertown Wolves goalie David Otter recently signed with Kiruna IF in Sweden. In addition, Carolina Thunderbird forwards Ryan Jasinsky and Tommy Tsicos were promoted this past season to ECHL teams Wichita and Worcester, respectfully.

The Thunder is part of a two-team expansion in the FPHL. They will face off against the Danville Dashers (Illinois), Watertown Wolves and Elmira Enforcers (New York), Danbury Hat Tricks (Connecticut), Columbus River Dragons and Mentor Ice Breakers (Ohio), Port Huron Prowlers (Michigan), and the Carolina Thunderbirds in Winston-Salem (North Carolina).

The Thunder’s logo features a fierce-looking viking with a helmet featuring a lightning bolt. It was designed by Pens and Nick Matarese, a former University of Delaware goalie and coach.

“Viking were here in Delaware at one time, and they were very fearful,” said Pens. “We’re going to be a fierce, tough team to compete against.”

Pens previously coached the Delaware Prep team, the state’s top ranked squad this past winter. Pens previously served as head coach at Wesley College (Dover, Delaware) and as assistant coach at Neumann University (Aston, Pennsylvania). He is the owner of American Hockey Services, a hockey training firm based in Newark, Delaware.