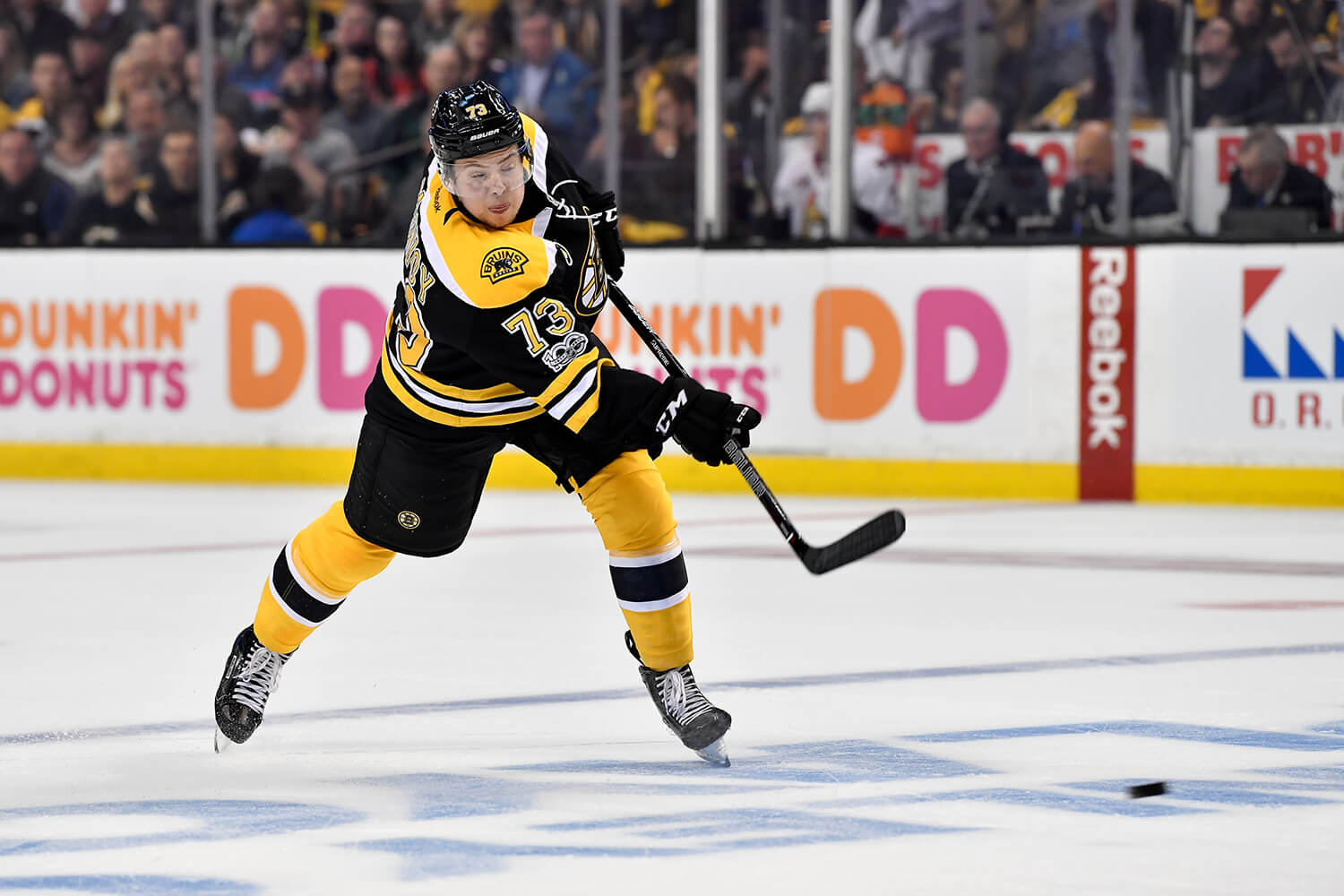 What the quarterback means to a football team is what the offensive defenseman means to a hockey team.

That is the perfect comparison when analyzing positions across different sports. Both are important pieces to a team and both are necessary to win a championship. It is hard to argue that point because history suggests that the most successful teams have had elite players anchoring the offense.

The National Hockey League that exists today prides itself on trying to change the game to incorporate more offense. At the same time, it is also imperative to ensure balance on the defensive side of things. Hence, the most difficult position to play in all of sports is a defenseman in the NHL.

All 31 (and soon-to-be 32) general managers seek the luxury of a puck-moving, well-rounded catalyst on the blue line to make the cornerstone of their franchise. The Boston Bruins have found their guy in Charlie McAvoy.

The 21-year-old, Long Beach, New York native has skated in 80 career NHL games, and has recorded eight goals and 35 assists for 43 points during that stretch. He also has 18 games of postseason experience, notching one goal and seven assists. McAvoy was the recipient of the 2017-18 NESN 7th Player Award for performing above and beyond expectations in the eyes of the fans. To continue with the accolades, McAvoy was a member of the 2015 IIHF World U-18 Championship team and the 2017 USA World Junior Ice Hockey Championship team that each won a gold medal. Above all else, he is responsible in all three zones and plays smart hockey, which are all key attributes to succeeding in this league.

Unfortunately, no good thing comes without some controversy.

There have been rumblings within the media lately about the young defenseman being late on a couple different occasions. Allegedly, he showed up a few minutes late to the team bus following a game and also to a special teams meeting. This can be attributed to just being a young man getting accustomed to the way things work as a professional in the NHL. He can learn and grow from this to ensure that this will not become a major issue in the future.

However, the more egregious knock on McAvoy is his inability to stay healthy. Sure, some of it can be blamed on bad luck. But how far can we actually go with that argument?

Just take this season alone. After only playing seven games at the beginning of the 2018-19 campaign, he suffered a concussion in a game against the Edmonton Oilers. He was later placed on injured reserve, but was reactivated after missing 20 games. More recently, he has been sidelined with a lower-body injury (foot infection) for the past seven games. He last played on December 23 against the Carolina Hurricanes. McAvoy has been skating all week and even practiced with the team. He is due back in the lineup this coming Saturday night against the Toronto Maple Leafs after only lacing up the skates for 17 games this year.

If he wants to ensure that he gets his next big contract that will be worth millions of dollars, he has to be out on the ice. Although the tardiness issue seems to be downplayed by everyone within the Bruins organization, there was a small sense of entitlement with McAvoy when he made his debut.

Coming out of Boston University and drafted 14th overall in 2016, he was one of the most highly-touted draft picks by the Bruins in recent memory. When the Bruins signed him to a three-year, entry-level deal just in time for the 2016-17 playoffs, they were forced to burn the first year of his deal. This meant that he will hit restricted free agency one year early. Most importantly, this was all agreed upon by McAvoy as well. Because he will not have notched three full seasons under his belt, no other team can sign him to an offer sheet at the end of this season. McAvoy will either have to sign the B’s qualifying offer or sit out until he agrees to a long-term deal.

Essentially, members of the Bruins organization had their hands partially forced and will now be in a position where they might need to pay McAvoy earlier than expected. The real question becomes has the sample size been big enough for the Bruins at this point?

The short answer would be yes. He is a rare talent with all of the offensive capabilities needed to accelerate the transition process on the B’s blue line and he will be a key building block for the future.

With that being said, he cannot afford to miss any more time this season. Barring an unforeseen circumstance that includes a Tuukka Rask-like excused absence or a game off to rest prior to a postseason run, McAvoy needs to be out there for every remaining game. No excuses.

If this relationship plans to last for the next several years, both McAvoy and the Bruins need to help each other. Hopefully everything will work out.