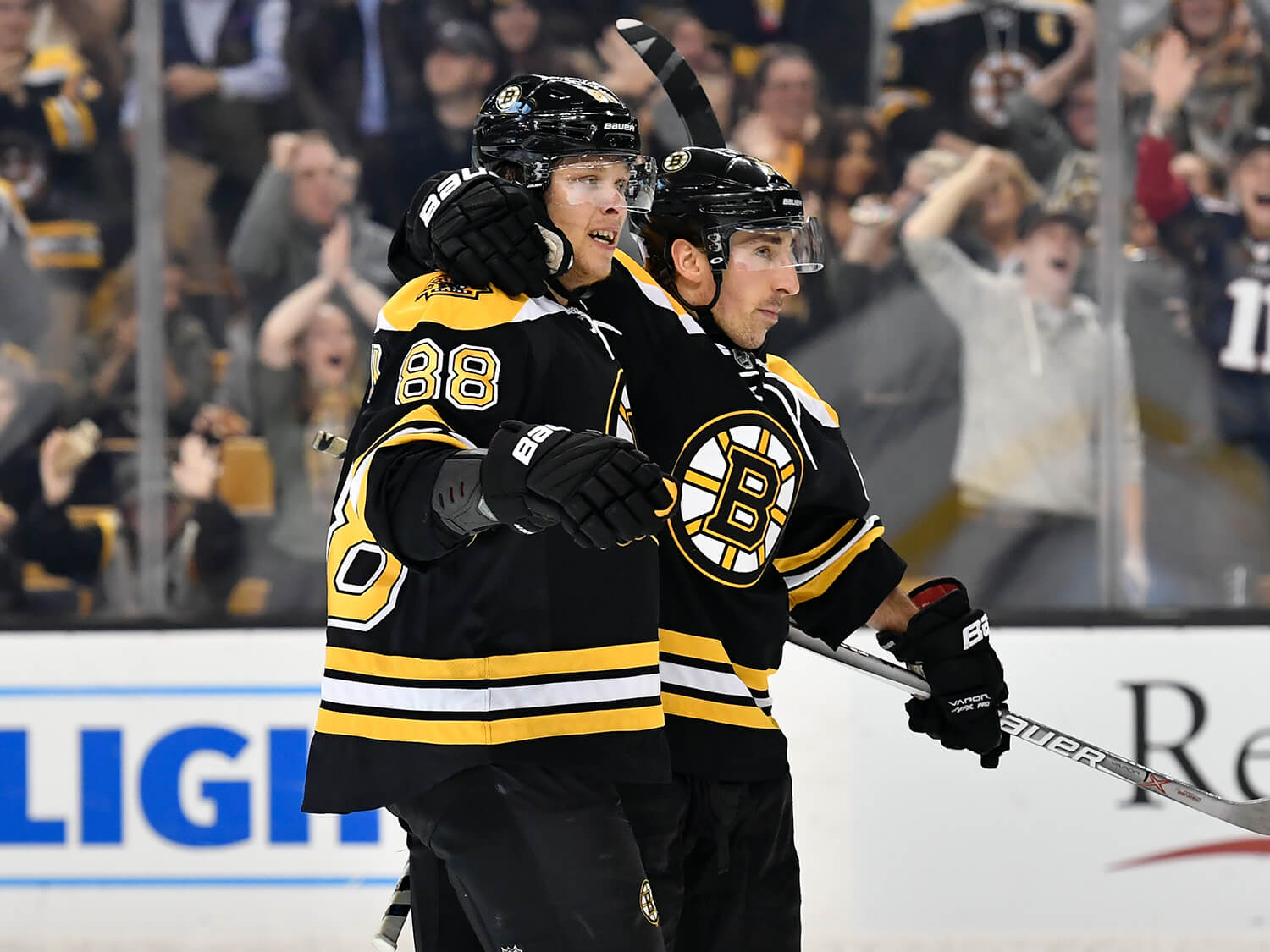 The Boston Bruins And The First 10 Games

We are 10 games into the regular season and the Boston Bruins have started to level out. Although that might sound derogatory, that is actually a fair assessment.

With the way things started this season, this team is very fortunate to be where it is presently. After a couple of inexcusable losses in early October, the B’s sit in third place in the Atlantic Division with a 6-2-2 record, which is good for 14 points. The two teams that sit above them in the standings are the Tampa Bay Lightning and the Toronto Maple Leafs. As predicted, these are the three teams that will be battling it out all season long for Atlantic Division bragging rights.

However, the Montreal Canadiens are right behind the Bruins in the standings and a huge divisional matchup between the two rivals will take place Saturday night at TD Garden. Before that game takes place, let’s have a look at how things are shaking out for the Bruins so far this season:

David Pastrnak is on a complete tear through the National Hockey League. He is tied for the league lead in goals with 10; if you are doing the math correctly, that averages to a goal per game and he is projected to finish the season with 82 goals. That might be a bit of a stretch, but there is no denying that he is off to a sizzling start alongside his linemates, Patrice Bergeron and Brad Marchand.

Boston’s top trio is arguably the best line in the NHL through the first 10 games. They have combined for 19 goals and 25 assists for 44 points. That is pure dominance. The problem that might exist in the future is lack of secondary scoring and not enough balance. David Krejci is starting to heat up as he has racked up points in four of his last five games, but the offense is still searching for its identity within the bottom three lines. Once David Backes returns from injury, that will allow everyone to slide back into the right spots. This mixing-and-matching tactic is not doing anybody any favors.

When it comes to the defense, the Bruins have had their issues since the preseason. With the loss of Torey Krug for the first month of the season due to an ankle injury (although it is a possibility he might make his season debut this coming Tuesday against the Carolina Hurricanes), the dominoes continued to fall. Recently, both Kevan Miller (hand) and Charlie McAvoy (upper body) have been out of the lineup as well. Even Urho Vaakanainen was lost after suffering a concussion in his second-career NHL game.

The Bruins have managed to throw out a make-shift array of defensemen and have held their own. Zdeno Chara and Brandon Carlo have really stood out as solid shutdown blue liners. The lack of balance that the Bruins have up front is certainly offset by the depth they have on defense. An NHL team can never have enough quality defenders.

Do the numbers add up to a goaltender controversy?

In the eyes of the Bruins, not yet. It is still early enough for Rask to hold onto his number one spot and the B’s offense has bailed Rask out just enough to give him a winning record in his first five games. However, in the eyes of some of the fans and media, the answer is a resounding yes. Halak has given the Bruins a chance to win in every game that he has started and has obtained points for this team in all those games as well.

This is exactly why Halak was brought into the organization; Rask needed to be pushed and he has been metaphorically two-handed shoved by the newcomer. At the same time, a positive spin could be put on this situation…Boston now has one of the best goalie tandems in the entire NHL. They should roll with that argument.

So, this is what the Bruins have been through the first 10 games of the 2018-19 season. Only time will tell just much this team will progress heading into the month of November.