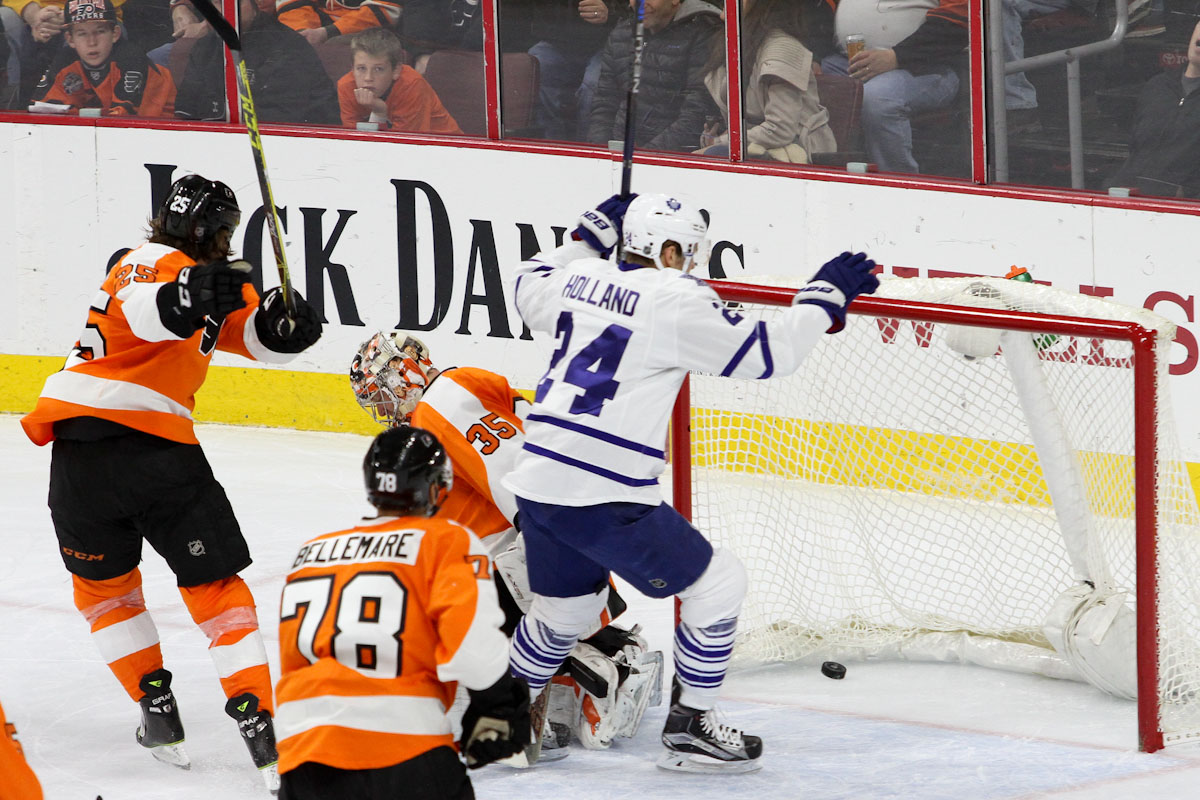 The Flyers were just 7.5 seconds away from extending its season-best 6-game points streak against the struggling Maple Leafs. Toronto’s Matt Hunwick had other ideas and blasted a shot past Steve Mason’s blocker in the final seconds to give his team the...