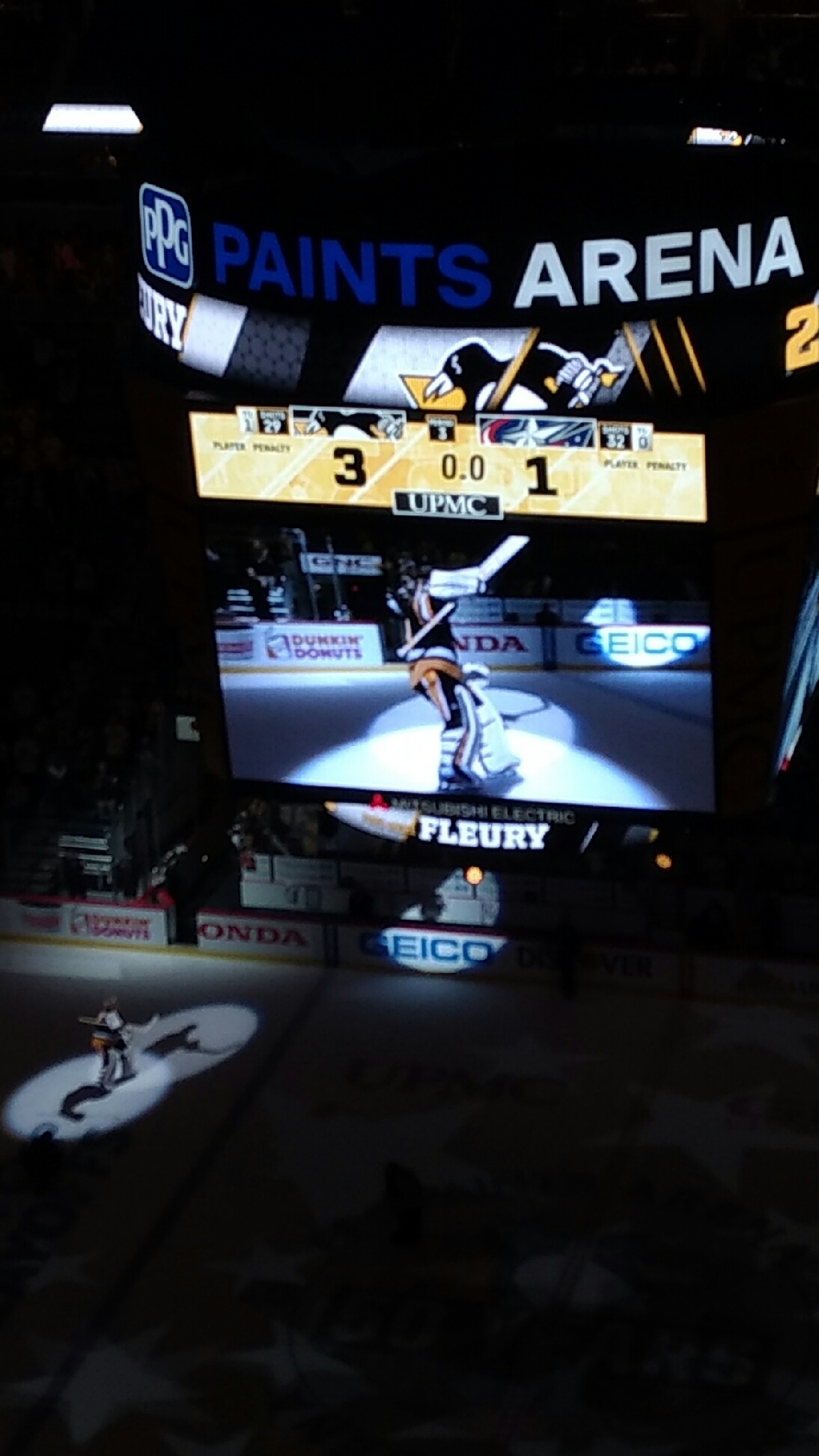 From the time their first-round playoff opponent started coming into focus, the Penguins knew what they were getting from the Columbus Blue Jackets.

The Blue Jackets, as always, would try to establish a physical game. They’d bring a heavy forecheck, pressure the Penguins’ hurting defensive corps, and try to throw the league’s highest-scoring team off its game.

The Penguins, meanwhile, in the mantra of head coach Mike Sullivan, would have to “just play.”

The Penguins opened their Stanley Cup defense on home ice with a light show set to Audioslave’s “Cochise,” the same track they used last year, because hockey superstitions die hard.

In another nod to last season’s run – though probably not one they planned – Pittsburgh’s first game of the playoffs started with goalie intrigue. Expected starter Matt Murray, who looked to be injured late in his final regular-season game last week, came out to take shots in warmups, had a chat with trainer Chris Stewart, then went down the runway.

Just like last year, the Penguins would start their postseason in the hands of the backup netminder. This time, though, Mr. Game 1 was Marc-Andre Fleury, a viable No. 1 goaltender in his own right.

“I saw Matt leave earlier than usually, and the goalie coach told me when I was walking off that he wasn’t coming back and I was going in,” Fleury said. “I just tried to approach it as a regular game and tried to be ready for it.”

He would be tested early as the Blue Jackets outshot the Penguins, 16-3, in a dominant first period.

“I think maybe we just got some nerves, butterflies out,” said defenseman Justin Schultz. “That first period we’re all ready to go, maybe a little too excited, and that’s what happens.”

“We knew that they were going to come out, hit us, get shots to the net, put our D under pressure, and they did just that,” said forward Nick Bonino. “They’re a really good forechecking team. The shots, I don’t know if they were indicative of the period. We didn’t play terrible, but they had the edge.”

Fleury was up to the task.

“Flower comes out of the bullpen and has a real good first period,” Sullivan said. “We get on our heels, they control the game in the first period and Flower made some big saves for us.

“What can you say about his character and his compete level to step in and be as good as he was? Especially in that first period, because we needed him. Certainly that wasn’t the way we wanted to start.”

Things changed in the second, though, as the Penguins simplified their approach to getting out of their end zone and found their offensive game.

Evgeni Malkin, back from missing the last 13 games of the regular season with a shoulder injury, kickstarted the offense early in the frame, setting up goals from linemates Bryan Rust and Phil Kessel just 2:30 apart.

“For about eight minutes or so in that second period, when they scored their first one, I still think we’re OK. Really, that’s their first chance of the game,” said Blue Jackets head coach John Tortorella. “After the second one, I thought we lost ourselves for a little bit. They surged on us, and we have to learn from that.”

By the time Bonino scored at 16:25 of the period to make it 3-0 Penguins, the Blue Jackets were showing their frustration. They forgot about their commitment to playing physically within the rules and started a scrum that ended with Pittsburgh on the power play.

Columbus got out of the second with that 3-0 deficit, but the damage had been done.

The Blue Jackets’ Matt Calvert broke Fleury’s shutout bid at 12:41 of the third, but the Penguins didn’t give them much after that.

“Give them credit; they pressed down the stretch,” Sullivan said. “When they got some juice when they scored, I thought we just got some real commitment to playing defense. Guys were blocking shots. I thought we did a really good job in our end zone as far as making it difficult for them to get any sort of quality chance.”

And when they did, Fleury was there.

“It was fun,” the game’s No. 1 star said. “It’s been a while, and I was a little nervous in the beginning, maybe, from not expecting it. But the guys did a great job in front of me all night long, blocking shots and taking rebounds away. At the end, it was a great feeling. It was a fun game to win.”