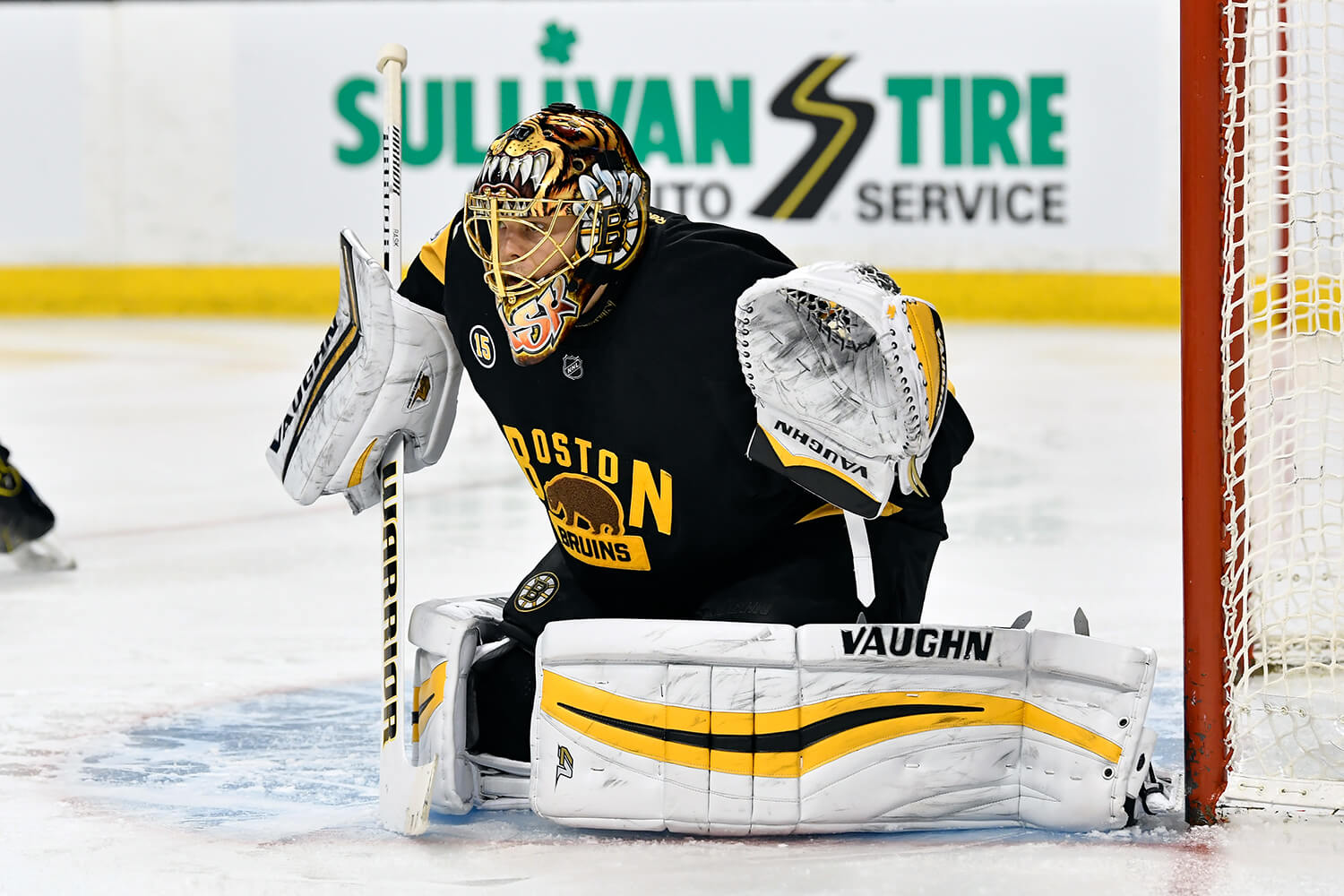 BOSTON – The fact that the Boston Bruins have now won three in a row during crunch time is no April Fool’s joke. The Bruins had a chance to shoot for four straight wins this past Saturday afternoon with only one week left to go in the regular season.

The B’s welcomed the Florida Panthers into TD Garden for the final time this year. Boston was a perfect 4-0-0 during the 2016-17 campaign against Florida. Even though the Panthers were officially eliminated from the playoffs this past week, they could make the argument that Boston is slightly responsible for inadvertently dashing their postseason hopes.

So, what was on the minds of a pride-filled road team with nothing to officially play for on this day? Being a playoff spoiler.

The Bruins held a three-point lead over the Tampa Bay Lightning for sole possession of the second wild card spot in the Eastern Conference entering this game. They could make the playoffs with just taking care of the schedule at hand because they control their own destiny. What was also interesting is that prior to Saturday’s tilt with Florida, the Bruins were just one point behind the Toronto Maple Leafs and three points behind the Ottawa Senators in the Atlantic Division.

Without question, taking the full two points in this all-important matinee was crucial. The Bruins had something to play for where the Panthers were approaching this game as a loose bunch and not a care in the world.

Those are the teams that are the most dangerous. This had the potential to be the ultimate trap game.

In the first period, the Panthers were the more aggressive team and stood up the Bruins several times in the neutral zone. Once they were able to get through the stingy Florida forecheck, the shots came aplenty. Noel Acciari got the scoring started by netting his second goal of the year on a breakaway rush he created from a blocked shot. The offense comes from good defense and that is what happened on that play. Shot total through the first 20 minutes was 13-3 in favor of the home team in a dominating period.

“I looked up and saw the loose puck, so I just fought through to get a good shot off,” said Acciari regarding his goal. “It was a good feeling and it is great to be playing with these guys this time of year.”

The second period got off to a rough start for Boston. A careless turnover and untimed miscue led to the puck going off Thomas Vanek for the tying goal. The Bruins reclaimed the lead when Patrice Bergeron blasted home his 19th goal of the year from a rebound off a Zdeno Chara rocket.

After the Panthers tied things up yet again, David Krejci capitalized on a clearing mistake by Berra and netted his 23rd goal of the season. The Panthers were their own worst enemy with the defensive mistakes and the Bruins were able to take advantage throughout the first 40 minutes.

“We bent but we certainly did not break,” said interim head coach Bruce Cassidy. “We were able to limit a lot of second chances which is important. We are only going to get better at it.”

In the third period, both teams came out in very nonchalant fashion. The Panthers mounted a late surge, but Rask was there to make some huge stops. Brad Marchand (power play) and Bergeron each added to the score sheet to clinch the 5-2 victory for the Bruins. Rask finished the game with 24 saves.

“It was a very busy third period,” said Rask. “Things do not get any easier this time of year so you have to give them credit for playing hard. It was good to come away with the win.”

The Bruins will be right back in action Sunday afternoon when they travel to Chicago to take on the Blackhawks in their final road game of the season.