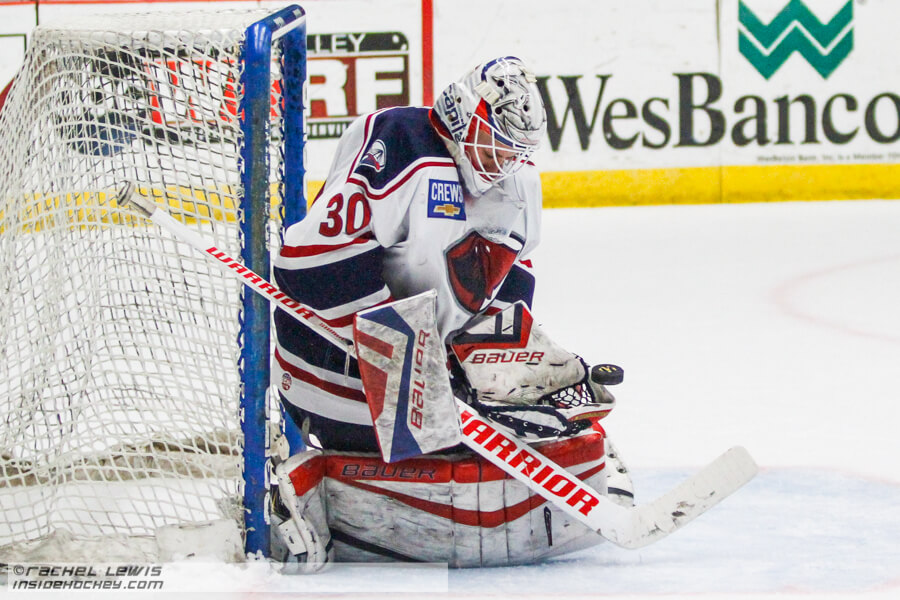 Manchester, N.H. — Olivier Archambault used a two goal night to lead the South Carolina Stingrays to the Kelly Cup with a game 7 victory over the Manchester Monarchs on Wednesday night, 4-3. The Stingrays return to the finals after falling in seven games two years ago.

Manchester, operating in just their second season at the ECHL level, forced a game 7 with a victory on Monday night. The Monarchs led twice in the game, but had to play catchup once the Stingrays scored twice in the second period.

The Monarchs opened the scoring early with Zac Lynch getting on the board for his ninth goal of the postseason as the former Robert Morris player crossed over the blueline for an open look. It took just three minutes for the Stingrays to respond, with Rob Flick picking up a rebound in front.

Manchester got a 5-on-3 with 7:23 to go in the first, and with 17 seconds left on the power play, defenseman Colton Saucerman found the back of the net on a blast from the top of the right circle. It was the third playoff goal for the former Stingray.

After a slow start to the second period, Domenic Monardo blasted a shot past Manchester’s Sam Brittian to deadlock the game 2-2 with 5:29 to go in the frame. Just a little over a minute later, Archambault used a deke to get a tight backhand attempt in and take the first lead of the game for the Stingrays, and nabbed his seventh goal of the postseason.

Rome tied the game 3:17 into the third frame with a rocket past Stingrays’ goalie Parker Milner. Archambault netted his second tally five minutes later with a shot from the point and chaos in front of the Manchester cage.

Kelly Zajac added two assists for the Stingrays, while Lynch led the Monarchs with a two point night and had multiple other scoring chances.

“We had an incredible team, incredible group of guys that came together, especially at the end there,” said Lynch. “We expected more of ourselves, so disappointed is the word right now, but also proud of ourselves. We came this far this year.

“It was that way all series, we had a lot of scoring chances that a lot of guys would have wished to capitalize on.”

South Carolina iced the puck three times at the end of the game to give Manchester opportunities, but the Monarchs couldn’t find the back of the net.

“They battled hard all year, a lot of adversity and overcome a lot and come together as a group,” said Seeley. “I like all the guys in our room. Knowing our group and the way we can play, we didn’t play our best tonight.”