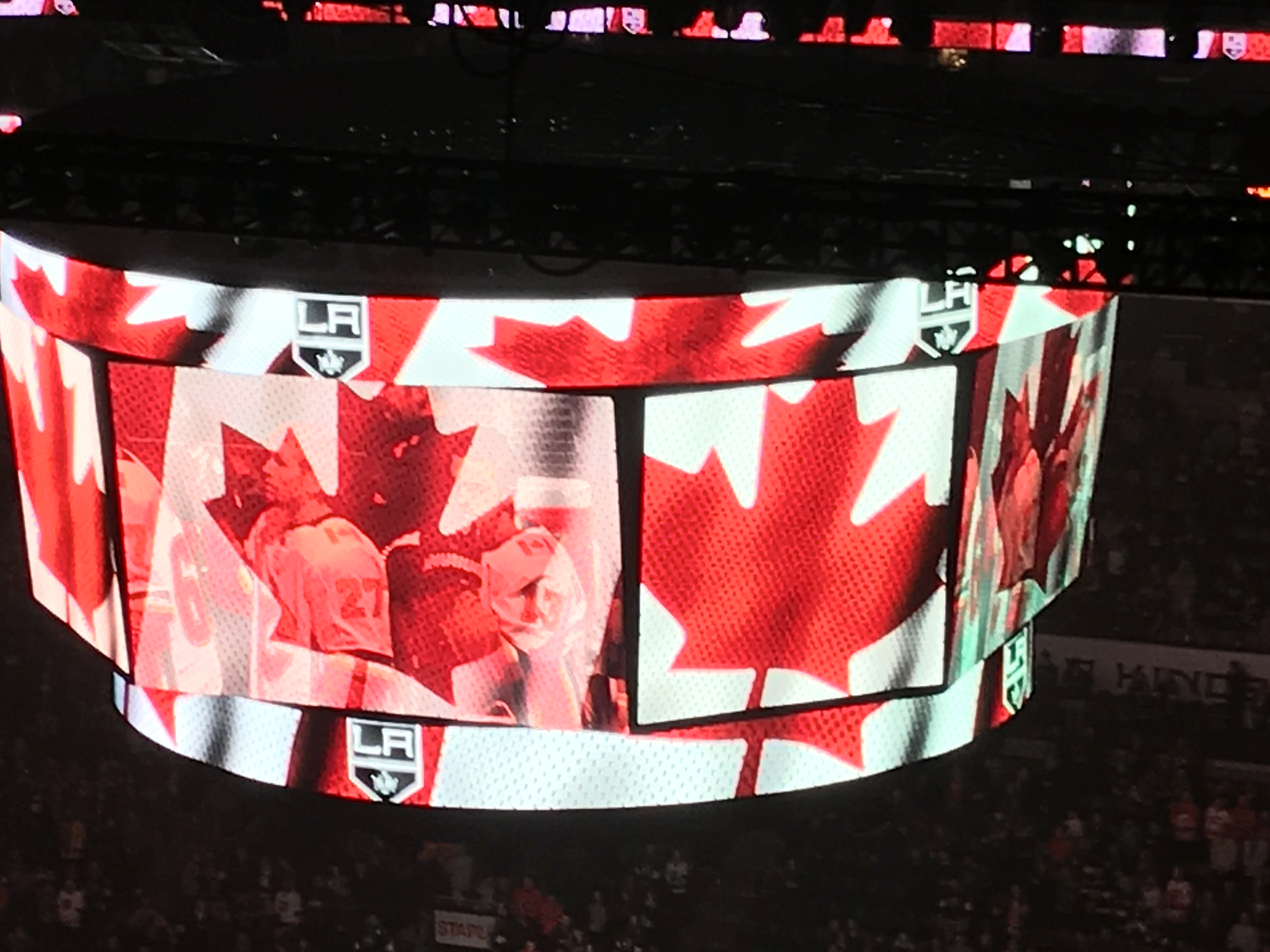 Goal scoring. That’s the answer. The short answer to the question that has been answered with more answers than answers have answers. They don’t score goals. Who’s they? How about we get to the question?

The question, of course, is “Why can’t the Kings win any hockey games?” And the attempts to answer the question have been exhaustive. It started with “fire Sutter.” That didn’t work. The team was swept out of the playoffs in one round and scored a grand total of three times in the process last spring.

When putting John Stevens behind the bench didn’t do much to help things, a new answer emerged: hire a scorer. They got Ilya Kovalchuk. He’s been incredible. Done everything he should have. His five goals and nine assists lead the team in each category, as do his 14 total points. Oh, how easy it would be to blame him or lament his contract were he not on a nearly point-a-game pace. But look elsewhere. There’s no story here.

Blame the goalie. That’s an idea. After all, Quick the savior of the planet is out of action. Jack Campbell is getting his long-delayed chance to be the man. His record is 5-7-0. His GAA (these figures coming into the game on Saturday night versus Calgary) is 2.46, and his save percentage .918. How do those numbers stack up? Just outside the top ten in the league.

The league average GAA is 2.88 and the save percentage is .908. Campbell is better than either of these. And the numbers are better now than when the numbers were last tallied in the afternoon Saturday, because he allowed just one goal versus the Flames. But things are still bad because, you guessed it, the Kings didn’t score at all versus Calgary.

The problem is simple: Campbell can’t be Jonathan Quick and get a shutout every night while the team wins 1-0. And he’s not going to win a ton of games when his team very rarely scores, and certainly when they don’t score at all. In fact, the Kings are 16th in the league in goals-against. Halfway up the list isn’t all that bad. They are last in points, however, for a simple reason.

The Kings came into Saturday with 33 goals. The next worst team in the league had 38, and they too were in an eighth spot—Florida, last in the Atlantic. The next worse in the West was the team one ahead of the Kings in the Pacific—Vegas, in 7th and holding a total of 39 goals. The Kings exited Saturday with the same number of goals.

Think about that. In a league where it’s common to score three goals in a game—the Islanders are averaging exactly 3.00, and that’s 21st in the league—the Kings were two games’ worth of goals behind their nearest competitor. Goals against-wise the Kings are not all that bad. They had given up 49. The first five teams in the pacific were all at 50 or more. Vegas had given up 45, and the sixth team in the Division, Arizona, had surrendered 34, a positive differential, interestingly.

No big multi-goal games were thrown into the Kings’ mix to skew the results, either—ie. they haven’t launched a seven-goal onslaught that would make their total goals look even worse on a per-game basis with that big-scoring effort factored out.

So what to do? You can blame everyone but Kovalchuk. That’s old hat around these parts, starting with Kopitar’s slow opening to the campaign, which has become, except for some seasons, an essentially yearly complaint. You can say Jeff Carter needs to pick it up. But he’s got ten points.

You’d be much better pointing at the guys who have been in the league long enough to be forging a way with their offensive talent, but who aren’t. Pearson—one point, an assist. Toffoli. Nevermind. He’s got nine points. Adrian Kempe. He’s played more than 120 NHL contests. That’s enough to adjust. He’s on the fourth line with a goal and an assist.

So back to answers. The Kings could fire the coach. Oh, wait. They’ve done that, too, last weekend. For a game and a period, it looked like a brilliant move. The Kings stormed out to a 4-1 win against the Ducks in Willie Desjardins’ first game. They started their next contest leading Minnesota, too, only to rest on their one goal and see the game get away from them, 3-1.

You could suggest line mixing, but that’s been done. The first trio against the Kings was Kopitar flanked by Brown and Iafallo. The second was Carter with Kovalchuk and Toffoli. How can that NOT result in a ton of goals? Things went downhill from there. Amadio with Pearson and Lewis. (Lewis is a deadeye on faceoffs, but he’s on right wing.) The fourth line was Kempe with Clifford and Thompson. That’s clearly punishment, or an attempt to wake Kempe up. Or maybe not. Clifford has two goals and exactly the same number of points, two, as Kempe, on one goal and an assist. Carter found himself playing with Toffoli and Kopitar. No results, and the experiment was abandoned in period three.

So no answer—not coaching, not goaltending, not signing a star, not line mixing, has worked.

Now the suggestion is that the team make a trade, with Toronto, for Nylander. Who would they give up? Speedy defenseman Alec Martinez. But that guy is 31, though his contract is not a horrible burden. He has two years left after this one, at 4 million cap hit per year.

Sacrificing defense for offense when you’ve got none of the latter makes sense. But that doesn’t mean Nylander, or Toronto, thinks so and would make the swap.

So here’s an answer that is cheap—in fact, free, because you do it with the players you already have. And it’s guaranteed to work (sure, sure): get a new system. That’s it.  Open up the game. How simple! Why haven’t any of the people paid hundreds of thousands of dollars, or millions, thought of it?

They have. There’s just not enough fleetness of foot to really adjust what the team is doing now to the league as it is today. It’s built for heavy hockey, built to win in 2014, and it did, and though the presence of Amadio, Kempe, and Iafallo should inject some speed in to the mix, the rest of the squad isn’t keeping up, nor is any one of those three doing a great deal on his own, save Iafallo with eight points (which is why he’s on the top trio to start with).

But wait. Some of this is coaching. Not Desjardins’ coaching. There’s a long holdover from the Sutter era, when everyone  always had to think defense first. Some of these guys played most of their career under the guy, after all. But somehow, the message needs to get through—it doesn’t matter how many goals you give up, as long as you score one more. So go out and try to score, and don’t worry that I’ll chew your butt off if you come back to the bench minus-1.

But that brings us back to speed. Is there enough of it on the squad to make an offense-first system work? Take the Calgary game as an example.

The Flames came out like a house on fire, their speed making the Kings look like they were standing still. And they were, especially in their own end. They waited for things to happen, and while the might be perfectly  positioned at the time, Calgary outdid them, as have others, by continuing to skate and shift. The Kings don’t keep up. That means they reach for the puck when they don’t have it, and they don’t get out of their end quickly when they do have it.

At one point, when the Kings ended a power play on which they had gained one shot and the Flames one, Calgary led in shots, 5-2. But the Kings came back, and Calgary slowed down a little. The shots at the end of frame one were knotted at eight. The score was 1-0 for the Flames on a wrister from inside the point by Hamonic that there’s no way Campbell could have seen.

The second period ended with the Kings back on the downside in shots. They got four shots on goal in the middle period, and they surrendered 13. There was no scoring either way.

The game evened up, in pace and tempo, and even came around to a bit of that heavy hockey mentioned earlier when the hitting picked up in the second period. Phaneuf intercepted a Flames’ player in his own zone after a hit. Hathaway of the Flames mixed it up a bit with Muzzin and a player or two from the Kings’ bench. That kind of scrum repeated itself in the third. But the Flames were not going to let that be the game.

The Kings still couldn’t get it together. They can’t break out of their zone. They get forced back time and again on the power play.

On the other hand, Calgary couldn’t get another goal either. Put that down to Campbell in the main, but also to the fact that the one strength of the Kings’ defense-first system is, actually, defense. The way to break that is to do exactly what Calgary was doing when they scored—moving the puck around, skating hard, and catching the Kings standing still.

So the game went to the end, Campbell on the bench, probably thinking how well he’d played—he did, facing 36 shots—and how this would be yet another game where, with no help, he couldn’t do it all alone, but that the stats will never show that. They’ll just indicate a loss.

But if you’re still looking for answers, Alec Iafallo rendered this whole article moot when he said after the game, “I feel like we just got to work harder. We aren’t working hard enough. We gotta play as a team too and obviously we haven’t been creating a lot of offense.  We are getting some shots but not shots that we want, you know. So, we need to get that passion back and hunger to get to the soft areas to keep making plays. We kind of got away from making cycle plays to where we got momentum, every shift.”

So obvious, it was hiding right under our noses: Work harder. Don’t take those shots you don’t want anyway. Be hungry. Make plays.

Look for things to be better against Toronto.