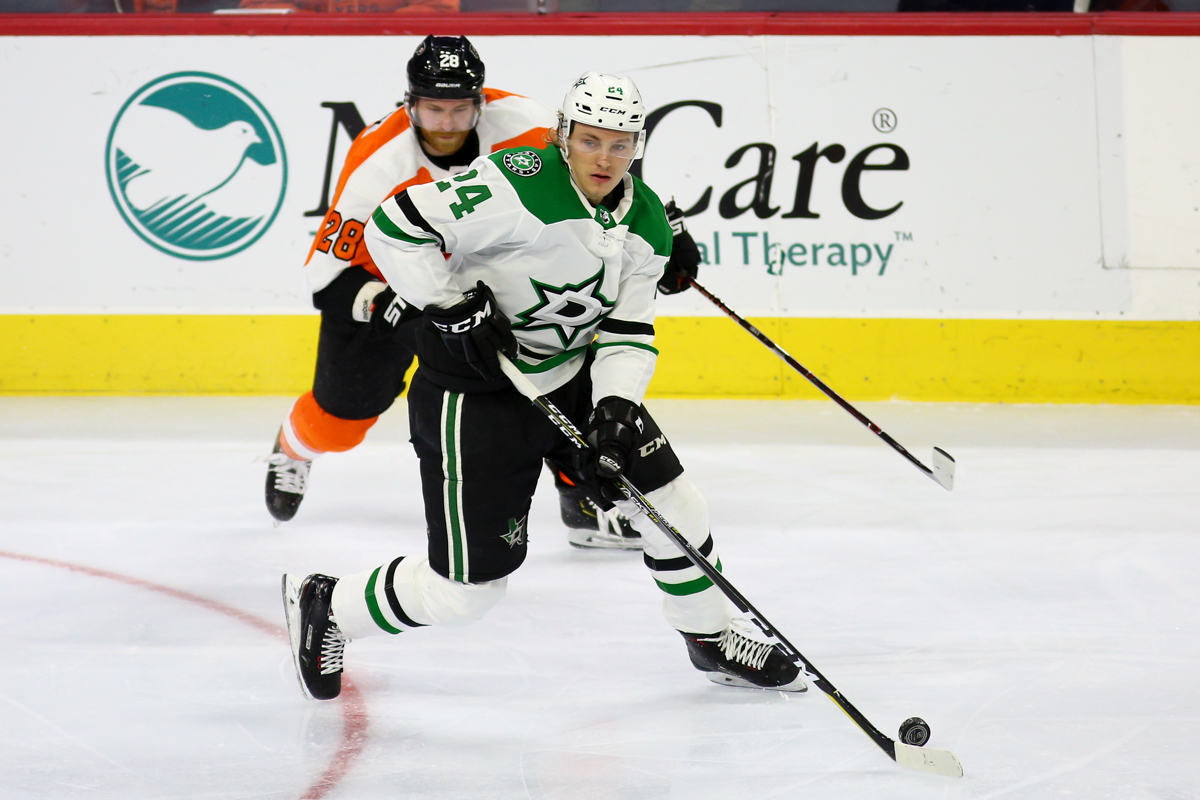 It has been a long year for the Dallas Stars when it has come to exchanging challenges with the Tampa Bay Lightning, who  took down Dallas, 4-2, for the Stanley Cup and then Tampa Bay had dominated the elongated season series 6-1-0 coming into Friday night’s 5-2 loss at Amalie Arena.

Unfortunately backup goalie Curtis McElhinney took the brunt of the Stars’ ire as they came at him early and often in building a 4-1 lead late in the second period and generally cruising through the final 20 minutes.

The Lightning defense allowed the Stars too much free movement up and down the ice which included several breakaways which Tampa Bay paid for from a quick goal by Jamie Oleksiak and a breakaway by Joe Pavelski in the second period. The defense put McElhinney in tough positions on several occasions.

Pavelski had two goals and two assists to pace the Stars and Roope Hintz had a goal and two assists as the Stars outshot Tampa Bay, 31-27, as they kept their slim playoff hopes alive, still trailing Nashville by four points with two games remaining.

For the Lightning, they missed a golden opportunity to put some heat on the Florida Panthers. They go to Sunrise, Fla., for Saturday evening’s game in a deadlock with Florida with 75 points each as the Carolina Hurricanes won the Central Division with the Lightning loss.

“We know what’s on the line, home ice, so we have to be way better and play with more pride,” said Maroon. “As of late, I thought we had been better defensively.”

Dallas got the quick start at 5:50 in the first when Oleksiak scored off a rebound off of McElhinney’s  blocker. Stars defenseman Miro Heiskanen saw Oleksiak in the middle of the ice and he passed toward Oleksiak, who did not handle it cleanly.

He stayed with the puck and was rewarded off the ricochet.

“Lack of attention to detail and we have been strong in the late run we have been on and had some glaring errors and left and they were able to convert and we left Mac out to dry,” said Maroon.

Pavelski struck for the Stars at 5:17 in the second when the Lightning had a bad bounce of the puck which gave him a break away. He shoved the puck by McElhinney on his right side for a 2-0 Dallas lead. Roope Hintz contributed his 27th assist of the season.

The Lightning looked like they were going to make it interesting as Blake Coleman scored his 14th goal of the season at 11:11 in the second when Victor Hedman found him with a pass on the fly at center ice.

Stars goalie Anton Khudobin came out of the goal to the top of the crease to challenge Coleman who immediately slid the puck past Khudobin on the stick side. Hedman was credited with his 36th assist of the season and Barclay Goodrow claimed his 13th helper.

Pavelski closed the door on Tampa Bay almost as soon as it was opened when he gave Dallas the two-goal lead again at 3-1 when Hintz dug the puck out of the corner and hit Pavelski for his 24th goal of the season at 13:55.

Hintz then shoveled at puck by Lightning backup goalie Curtis McIlhenny at 19:47 in the second period as Dallas took a 4-1 lead

“We didn’t play very well and we didn’t execute and defend well and compete hard in the way we do,” said Lightning coach John Cooper. “We turned the game into a little bit of a one-on-one game not only with the puck but without the puck. Disappointing with three games left that we decided to play one of our worst one of the year.”

Alex Barre-Boulet added a power play goal for the Lightning in the third as he trading scores with Joel Kriviranta, who gave Dallas a 5-1 lead at 3:49.

Barre-Boulet’s score came at 8:29 as he was assisted by Ondrej Palat and Alex Killorn.