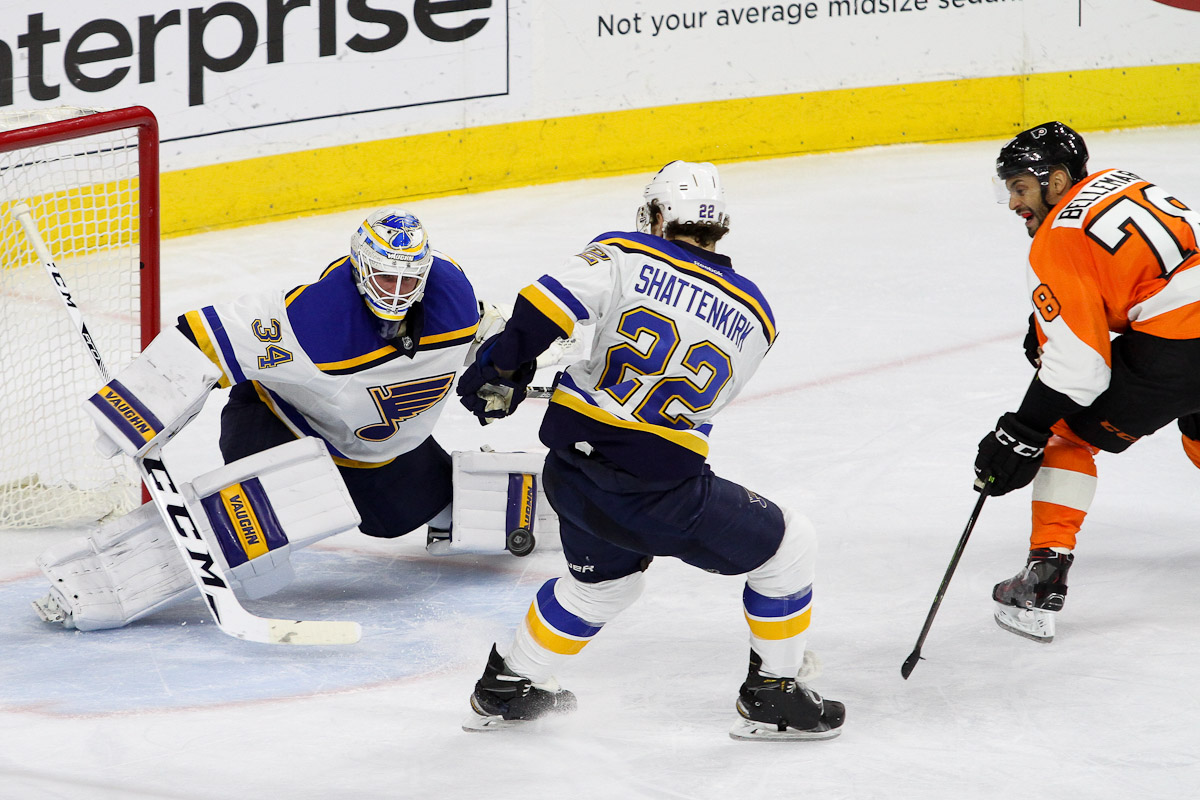 The term “home ice” became something of an anomaly in the Stars-Blues Conference Semifinal showdown. The “home team” won just two of the seven games as the visitor captured each of the last four contests.

Visiting St. Louis completed this unlikely trend with a 6-1 Game 7 victory over the Stars at American Airlines Center in Dallas on Wednesday, May 11. The Blues reached the Western Conference Finals for the first time since 2001 and is competing for the franchise’s first Stanley Cup title. The visitors built a 5-0 lead through the first two periods despite being outshot 25-17 during that span.

Ironically, home ice was an anticipated advantage that Dallas barely earned by winning six of their final seven regular season games to outpoint the Blues (109-107) for the Western Conference and Central Division championships.

In addition, the Stars would have had home ice advantage throughout the remainder of the post-season after the NHL’s regular season champion Washington Capitals (120 points) were eliminated after dropping Games Six in overtime to Pittsburgh.

“(I’m feeling) a lot of disappointment, it’s hard to (accept) because we have a good team and we had a shot to win (the Stanley Cup) this year, I believe, and we came up short,” said Stars’ captain Jamie Benn. “The Blues came out hard, they had a lot of energy. When you get behind the eight ball, it’s tough. It’s obviously not the start (to the game) that we wanted,

Rookie forward Robby Fabbri gave St. Louis a 1-0 lead five and a half minutes after the opening puck drop when he repeatedly backhanded a loose puck in the crease over Stars goalie Kari Lehtonen, who had stopped Troy Brouwer’s point blank attempt. Fabbri finished the game with his third playoff goal and two assists.

Dallas forward Valeri Nichushkin almost tied the game a minute and a half later but his shot clanked off the right side of the Blues’ wide open net.

St. Louis scored twice in a 1:34 span to finish the first period with a 3-0 lead. Forward Paul Stastny netted his third of the playoffs from a bad angle at the side of the Dallas net to make it 2-0 with 1:38 remaining before the first intermission, and Patrik Berglund beat Lehtonen on a long, deflected wrist shot from inside the blue line for his fourth playoff red light with just :04 remaining. Stastny also finished the game with a goal and two helpers.

In the locker room, the Blues pledged to keep going at the Stars. “You kind of think (the Stars are done) in your head for a second,” said Blues captain David Backes. “But they’ve proven they don’t die. They never die. They’ve come back in so many games when we thought, ‘OK, we got them,’ and they came back and took it to us. We knew we had to keep our foot on the gas.”

Backes followed his team’s game plan by extending its lead to 4-0 with his sixth postseason goal on a wrist shot from the right faceoff circle off an offensive rush less than four minutes into the second period against Antti Niemi (two goals on 10) shots. Niemi had replaced Lehtonen (three goals on eight shots) to start the session. Brouwer converted a pass off a tic-tac-toe feed during an odd-man rush for his fifth goal of the playoffs to make it 5-0 with less than six minutes remaining in the middle period.

Dallas forward Patrick Eaves injected some life into the sellout crowd just over five minutes into period three with a tap-in goal, his third of the postseason. But Dallas was unable to beat goalie Brian Elliott (24 saves) again, and forward Vladimir Tarasenko hit the empty net (after Niemi was pulled for an extra attacker) for his seventh red light of the playoffs with less than five minutes remaining.

“It’s a huge disappointment,” said Stars coach Lindy Ruff, who is now 0-4 with Buffalo and Dallas in Game Seven showdowns. “We had good energy, but it’s a tough way to end. It’s not our team. We came out and I thought we were skating well, but they’re a good team and we missed a couple of looks. We probably had to win that game 2-1.  Even when we started pushing we missed too many good opportunities to get back in it. It’s not the ending you want. It’s a big disappointment.

“(St. Louis is) a big, strong team and we’ve said all along that these teams are separated by the narrowest of margins,” added Ruff. “If you want to break down the individual scoring chances, Val (Nichushkin) has to put his in the back of the net. That’s not a play that you should end up not having a goal on. If you look at the start of the second when we were pouring it on, we had a couple right around the front of the net but we didn’t score. Some if it, is finish. Some of it is our special teams. There is a big picture there. It isn’t one area in particular. When you lose in a seven-game series, you can find lots of places that you think you could have been better. Some of those, the other team has a lot to do with. They were on a good roll when they got healthy, and I thought our team put together one heck of a run to stay just ahead of them. It’s more than just looking at goaltending. It’s looking at some of our offense and not being able to capitalize and get a couple of these games going in our direction.”

St. Louis coach Ken Hitchcock insisted that the Stars are a team of significant promise in the near-future. “They’re the future of the NHL,” said the former Stars, Flyers, and Blue Jackets bench boss. “They’re the way the NHL is going, that’s what they are. (Their swift skating style) is where the game is going, and we all recognize that. They will be (a tougher) opponent for a number of years because of that.”

The Stars are now 2-3 in Game Seven scenarios since moving to Dallas in 1993. They lost 3-2 in overtime to visiting Edmonton in the 1997 conference quarterfinals and dropped a 4-1 decision at Vancouver in the 2007 conference quarterfinals. With Hitchcock behind their bench, they defeated visiting Colorado 4-1 in the 1999 conference finals en route to their only Stanley Cup Championship, then eliminated the Avalanche the next season, 3-2 to win the conference finals before losing to New Jersey in the championship round.

The Stars forced Game Seven with a gutsy 3-2 victory in Game Six at Scottrade Center on Monday, May 9 despite being outshot 37-14 by St. Louis, which had taken a three-games-to-two lead with a 4-1 victory at in Game Five at American Airlines Center on Saturday, May 7.

Earlier in the series, the visiting Stars rebounded beautifully from a 6-1 blowout loss to the host Blues in Game Three on Tuesday, May 3 and upended St. Louis, 3-2 in overtime of Game Four on Thursday, May 5 at Scottrade Center to tie the proceedings at two games apiece.

The Blues knotted the series at a game apiece in Game Two with a 4-3 overtime win in Dallas on Sunday, May 1. Dallas opened the series on Friday, April 29 with a 2-1 victory in Texas.

St. Louis will open the conference finals at home on Sunday against Nashville or San Jose, who will play Game Seven of their series on Thursday night.