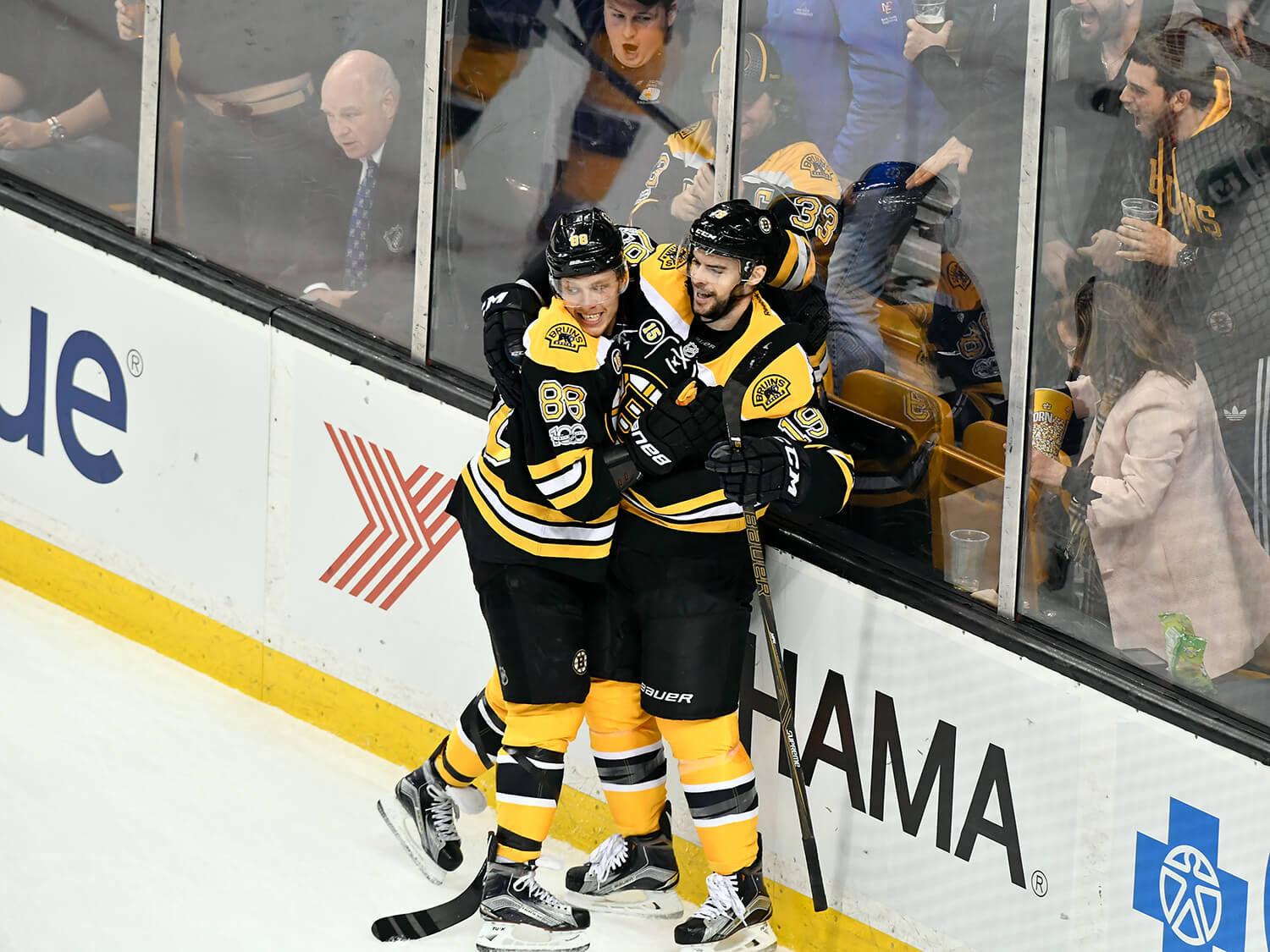 BOSTON – There is nothing better than a hard-nosed, physical, entertaining hockey game to kick off the weekend.

The Boston Bruins have their work cut out for themselves at this point in the season. Unfortunately, this situation has been the status quo for three years running as the Bruins need every point possible to secure a playoff spot.

This team certainly does not like to let the fans rest easy at night.

The Bruins are in the midst of a very busy month of March in which they are slated to play 14 games during that span. They were in action at TD Garden this past Saturday afternoon against the Philadelphia Flyers, an opponent that has stood toe-to-toe with them all season long. This was the third and final game in the season series between Boston and Philadelphia with each team recording a win in the first two matchups.

Under interim head coach Bruce Cassidy, the B’s have gone 7-1-0 in his first eight games behind the bench. However, things have skidded a bit as of late. Boston was 2-2-0 in its last four games prior to Saturday, but a 6-1 victory against the Detroit Red Wings on Wednesday night injected a shot of confidence back into the locker room.

Although the Bruins are currently in the playoff structure, the opposite is true for the Flyers. With key trade deadline acquisition Valtteri Filppula shoring up their depth at center, these games are becoming crucial. The Flyers have had a decent year (70 points) but the fact that they are playing in the Metropolitan Division—arguably the toughest division in the National Hockey League—could hinder their chances of reaching the postseason.

This game was a must-win for both teams. Plain and simple.

In the first period, the two sides wasted little time in getting the action started. Matt Beleskey dropped the gloves with Brandon Manning after Beleskey green lighted Shayne Gostisbehere in open ice. The spirited fight set the tone for the rest of the game.

“It gave us just what we needed,” said Adam McQuaid regarding the scrap. “We knew that this game was going to come with a lot of energy and that certainly got us going. It was good to see him get the spark going of us.”

As the Flyers mounted offensive zone time against the Bruins, they were able to hold strong. A turning point came when the B’s killed off an enormous five-on-three man advantage for the Flyers. From there, they capitalized on the power play when David Pastrnak netted his 28th goal of the season off a nice feed from Patrice Bergeron.

Although the game started out rather sloppy, the Bruins were happy to take the 1-0 lead into the second period. The lead was short lived as Jordan Weal finished off a long shift in the Boston end by poking in the loose rebound in front of the net. The Bruins seemed to be very lifeless as they lost a majority of the physical battles. Rask was their best player, keeping the game in reach through 40 minutes. Shots were 23-15 in favor of the Flyers through two periods.

“It was real tense out there,” said Torey Krug. “We needed to keep winning battles and spend more time in their zone which would have allowed us to get more chances on net.”

In the third period, both teams came out with the mentality of playing not to lose. Whether that was the right way to approach the final 20 minutes or not, it ended up working out for the Bruins. Drew Stafford recorded the game-winning goal with 5.6 seconds left in regulation to give Boston the 2-1 victory.

“We did not have a great second period, so we made some adjustments with our breakouts and our forecheck,” said Cassidy. “To a man, we said to ourselves that we had to come out playing better and the result went our way. Good things always seem to happen when you get the puck on net.”

The Bruins will now embark on a four-game road trip that begins this coming Monday night against the Vancouver Canucks.

Side Notes…Austin Czarnik was recalled from Providence earlier in the week. He has now skated in 49 games this season, posting five goals and eight assists for 13 points…Ryan Spooner, who suffered a concussion in Monday’s game against the Ottawa Senators, is out indefinitely…Tim Schaller (lower-body) is out indefinitely and was replaced in the lineup by Matt Beleskey… David Pastrnak finished Saturday with a career-best point streak of eight games in which he has recorded three goals and seven assists for 10 points in that span…Brad Marchand is on pace to finish the season with more than a point per game; Marc Savard was the last Bruin to do so with 88 points in 82 games played during the 2008-09 season…The Flyers are one of three teams (OTT, TB) who have never swept the Bruins in a season series.