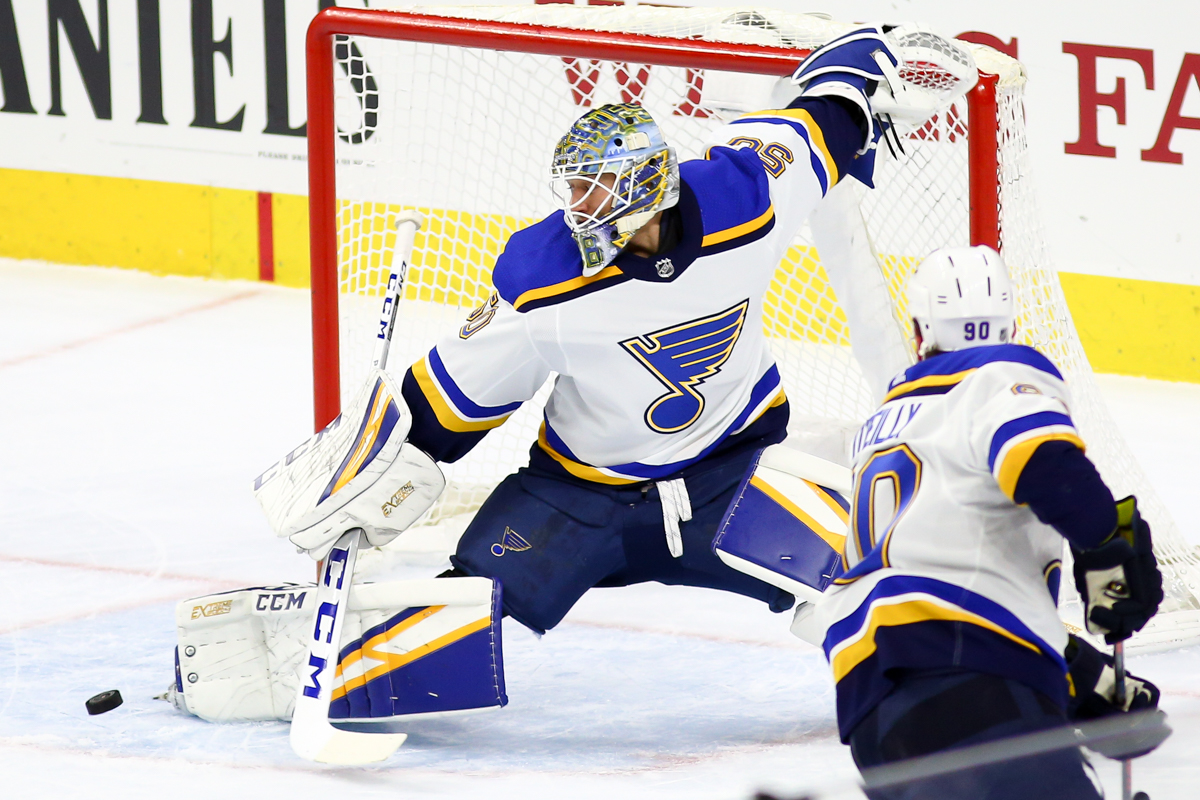 Boston, Ma. –  It took 52 years, and a few seven game series, but the wait is finally over for the St. Louis Blues and their fans. 2019 Stanley Cup Champions. The Blues took their show on the road, where they went 10-2 throughout their improbable run to glory. They saved their best road games for last, winning three out of four on the Bruins ice. 4-1 was the final score of the game, four wins to three for the series.

The Bruins started off the game by controlling the puck and the tempo of the game. Once again Blues goalie Jordan Binnington was up to the task. The Bruins outshot the Blues 12-4 in the opening period, but couldn’t put any of their scoring chances past the rookie netminder.

The game’s only penalty came at 7:57, when Colton Parayko was called for delay of game after he flipped the puck over the glass in his defensive zone. Binnington made a nice save on a Brad Marchand shot from the slot. Twice Torey Krug made nifty plays to keep the puck in the Blues’ zone, but the Bruins were unable to cash in on their man advantage.

The Bruins continued to threaten as the period wound down, but a mistake by Brad Marchand cost the Bruins. The puck was knocked out of the Blues zone as Marchand was looking to change up despite there only being seconds left in the period. Marchand was the last line of defense for the Bruins, he was beaten to the puck by Jaden Schwartz who dished to a wide open Pietrangelo. The 6’-3” defenseman easily backhanded the puck past Rask for the 2-0 lead with only 13 seconds remaining in the first period.

The second period was a slow and boring affair for the first 10 minutes of play. The Blues threatened but Rask made the save, the puck bounced off the crossbar and lingered in the crease before Noel Acciari swiped it away from danger. After two periods Boston was outshooting St. Louis 22-10. The Blues continued their dominance of the face-off circle 35-18 through two.

The third period started with Binnington and Rask trading big saves in the opening minutes. Binnington a glove save on a Krug slap shot from the blueline, Rask with quick stick saves on a flurry of shots in front of his net. The Bruins best chance came when Joakim Nordstrom cut in front of Binnington and deked the keeper. Binnington was able to kick his leg out to deny the Bruins winger from cutting the lead in half.

Brayden Schenn stuck the proverbial dagger in the Bruins’ hearts at 11:25 when he took a feed from Vladimir Tarasenko out of the corner. Schenn was all alone out in front of Rask to make it 3-0.

Massachusetts native, and Blues forward Zach Sanford drilled a shot from the lower right circle past Rask for the 4-0 Blues lead. David Perron and O’Reilly assisted on Sanford’s first goal of the Stanley Cup Finals.

The Bruins continued to plug away. Rask was pulled after a whistle with 4:06 remaining in a desperation bid. Defenseman Matt Grzelcyk blasted a shot from the top of the circle that beat Binnington at 17:50 and ruined the rookie’s shut-out bid. It was Grzelcyk’s first game back since suffering a concussion in game two.

The Bruins outshot the Blues 33-20, but it wasn’t enough to overcome the attacking play, the relentless forechecking, the poise of Binnington and the determination of the Blues to lift the Stanley Cup. Blues players mobbed Binnington in his goal as time expired.

“It’s an empty feeling,” said Bruins third year coach Bruce Cassidy. “Someone had to win and someone had to lose and we came out on the wrong side of it. It’s not the way you picture it. It’s as simple as that.”

In a fitting bit of irony St. Louis coach Craig Berube, who took over for the fired coach Mike Yeo in November, lost his first game in charge 4-1. “I don’t think that far ahead,” said Berube when asked about the first game as coach. “I was just worried about the next game to tell you the truth. But, you know, we went through a lot as a team and we ended up battling our way into the playoffs, so you start to think about what can happen, we had to get there first of all.” That is the remarkable feat that the Blues pulled off, they are the only team in all of North American sports to win a championship after being in last place after one quarter of the season had passed. January 3, 2019 the rankings showed the Blues in the NHL cellar. June 12, 2019 sees them as Stanley Cup Champions.