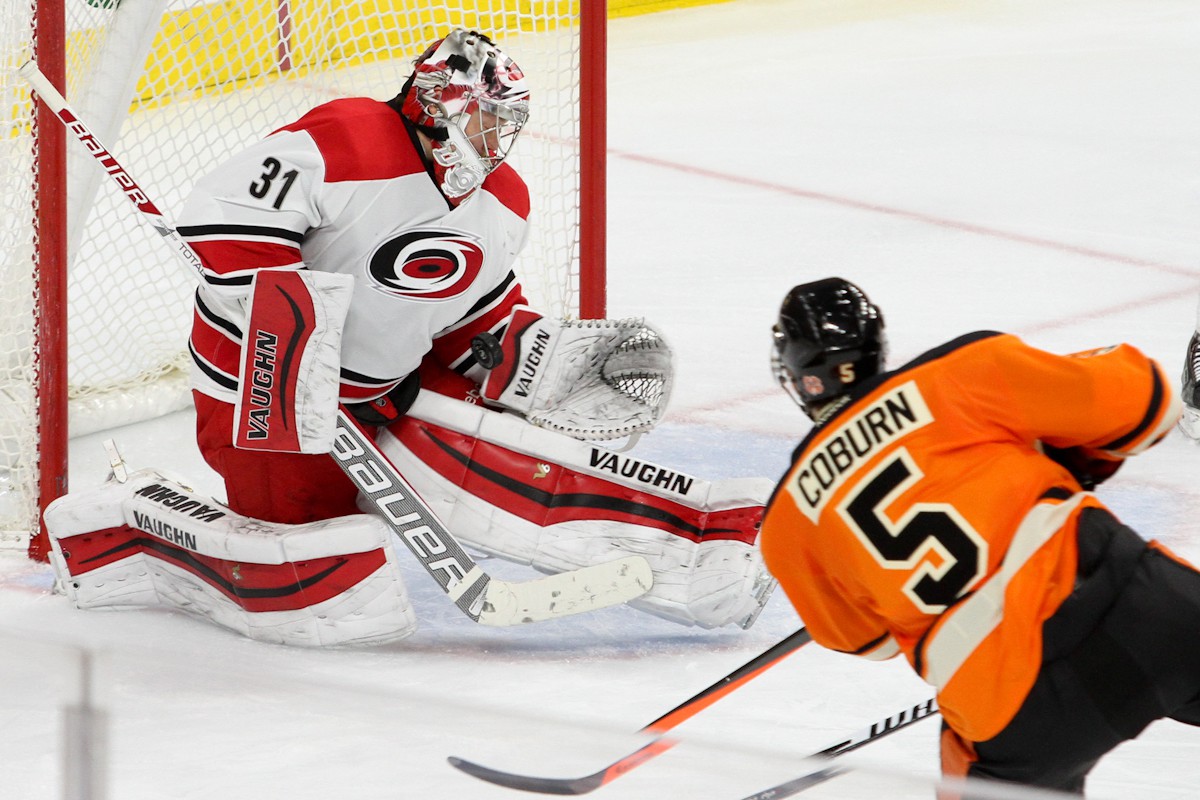 The Boston Bruins have done their due diligence so far during the free agency period around the National Hockey League. Most of the moves made by the club make sense, with a stray head scratcher or two when it comes to specific details of the individual signings.

However, there has been one acquisition made by the Bruins that has yet to receive much traction or discussion. This comes as a surprise considering the importance of the potential situation that could stem from this move.

This all started over the airwaves of sports radio, which usually happens during this time of year when there is little to talk about. On Wednesday’s broadcast of Felger and Mazz on 98.5 The Sports Hub, the topic of the Anton Khudobin signing was discussed at length, which set the stage for an interesting scenario: Is Tuukka Rask’s time in Boston nearing its end?

Now, keep in mind that this is a topic for talk radio during the lulls of the summer months. After all, offseason hypotheticals make for some great debate. Much of this can be taking with a grain of salt.

That said, it certainly arose an interesting thought. Why is Khudobin back with the Bruins? Does this really signify that Rask’s days in Beantown are numbered?

Well, some of this was answered by B’s general manager Don Sweeney early last week. Goaltender Malcolm Subban was expected to compete heavily for the backup role this year, but his throat injury last season plagued his progress as a player. With the decision made not to bring back Jonas Gustavsson, another veteran goaltender from outside the organization was necessary.

The fact that Khudobin was the choice amongst the folks in upper management is interesting. Khudobin spent parts of two seasons with the Bruins, racking up 15 starts during that span. He spent last season with the Anaheim Ducks, posting a .909 save percentage and 2.70 goals-against average in nine games. Above all else, familiarity with the organization is the key factor.

This is reminiscent of the New England Patriots bringing back offensive coordinator Josh McDaniels. The football reference might be out of touch, but the Patriots very rarely welcome back people with open arms. The idea is that McDaniels can be considered the heir apparent to Bill Belichick. It is not out of the realm of possibility that the Bruins feel that way about Khudobin as this is a similar parallel.

The 30-year-old netminder signed a two-year, $2.4 million deal with Boston last week. That is an absolute steal considering that Rask is making $7 million per year, which ranks him third among highest paid goaltenders in the NHL. The Bruins are not the team—especially this coming season—to pay a goalie $7 million per year given their current roster situation.

With the way that today’s NHL is evolving, a number one defenseman is more coveted than a top-notch goaltender that will tie up an organization financially for years and years. As made evident by the 2015-16 Stanley Cup champions, the Pittsburgh Penguins hoisted hockey’s greatest prize with a third-string netminder between the pipes. Matt Murray changed the way teams around the league should construct their rosters because that is the one position where the player can catch lightning in a bottle and get hot for the two most important months of the season.

As for Rask’s performance lately, it has not necessarily been all that stellar. Last season, Rask finished with a 2.56 goals against average and .915 save percentage, both of those numbers ranked him at the bottom of the league among qualified goaltenders. However, Rask faced 1,854 shots and stopped 1,697 of them, both of those ranked him third in the entire league.

Simply put, Rask has been the Bruins best defenseman and that cannot be the case. If at all possible, Rask can now be considered tradable in an attempt to acquire a number one blueliner. However, that will be easier said than done.

Assuming that most of the league feels that way about overpaying goaltenders, then it might be tough to find a suitor for Rask. There will still be a team or two out there that will be willing to pay for some long-term stability in net. The Ducks, Dallas Stars, and Philadelphia Flyers are all teams that can offer a top-notch defenseman while locking down the spot between the pipes. The trade-off will be worth it for both teams.

When it comes to Khudobin, he is certainly better than a typical backup goaltender. He had the starting job in Carolina in his years after departing Boston. He can be the cheaper option in goal and it allows the Bruins to be flexible in maneuvering players to upgrade the blue line.

It is so much more important to secure that puck-moving, hard-shooting, well-rounded blueliner in his prime than it is to find a guy with a lump of pads to plop in goal. Not to undersell the position itself, but the Bruins can sever ties with Rask if they choose. The dilemma then becomes finding a good fit for both sides.

Just something to think about as the summer progresses.