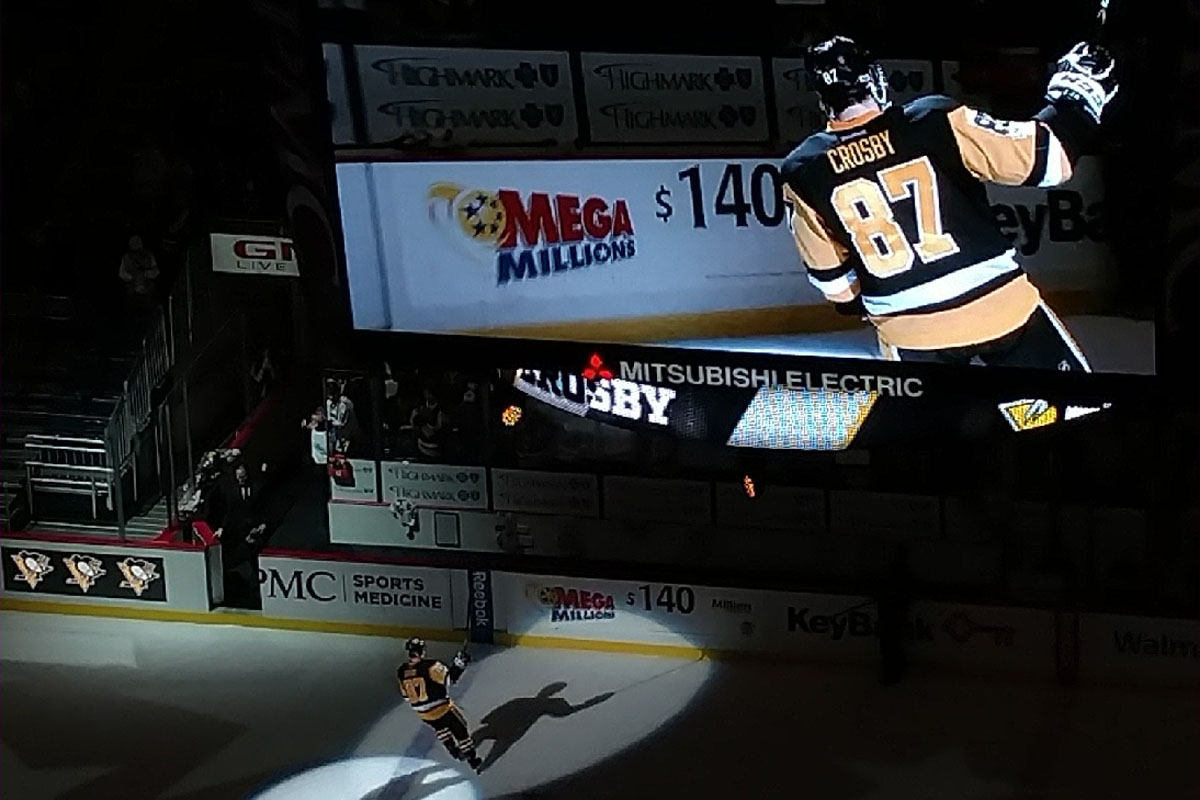 Sid and the Kids Leading the Way

Not everyone proves to be the right fit alongside arguably the best hockey player in the world.

It takes speed to keep up with Sidney Crosby. It takes hockey IQ. And being a little crafty doesn’t hurt.

Those attributes have been true of some of Crosby’s most successful linemates, like Chris Kunitz and Pascal Dupuis. And they’re true of Conor Sheary and Jake Guentzel, who are finding magic alongside the Penguins’ captain.

“They’re not big guys, but they’re fast and quick,” said goaltender Marc-Andre Fleury. “Soon as [the opponent] makes a mistake, it transitions really quick. Those guys are very shifty and can put the puck in the back of the net.

They’re going, all right. In Sunday’s 4-0 win over the Florida Panthers, Crosby netted a hat trick, with all three goals set up by Guentzel, 22, and Sheary, 24.

“They’ve been a dynamic line for us; I don’t know how else to say it,” said head coach Mike Sullivan. “I feel like I use the same language to describe them after every game, but they have chemistry. They all have great hockey sense, good instincts and they’re quick. I think that’s a dangerous combination.”

Guentzel’s three assists were a career high, and made him the NHL’s highest-scoring rookie this month with 11 points (4G, 7A). Sheary has 12 points (3G, 9A) in nine games since he returned from injury on March 3, with five multi-point games in that span.

As for Crosby, his three goals put him in sole possession of the league lead in that category with 40, the second-best single-season total of his career (51 in 2009-10). He also tied Edmonton’s Connor McDavid for the overall scoring lead with 80 points.

“I’ve been lucky to be part of Sid’s career for a long time,” Fleury said. “He doesn’t have to score goals to be impressive and for me to say, ‘Wow.’ He makes so many great plays out there. I’m happy for him.”

“Obviously that’d be a big accomplishment for him, both the goal-scoring title and the points title,” Sheary said. “We’re going to try to do our best to keep him on pace and make sure he has a chance at that.”

On a team that continues to see a revolving door of injuries – Matt Cullen and Patric Hornqvist are back in, while star center Evgeni Malkin and newly acquired defenseman Ron Hainsey are out – the Crosby line’s consistency has been important for the Penguins.

“I think we’ve created a lot of chances as a line,” Crosby said. “And, as a team, we’ve had the mindset that we’re going to find ways to win with guys out.”

An aggressive forecheck has been key to their success.

“We’re just trying to create turnovers and get behind [opponents’] D; use our speed down low,” Guentzel said. “Obviously we’re having some success right now, and it’s been a lot of fun.”

“I think we’re similar in how we forecheck and where we are in the offensive zone,” Sheary said. “I think we kind of know where each other’s going to be, and I think we’re finding our chemistry.”

“He’s leading the league in goals and that’s not by accident,” Sheary said. “He’s shooting the puck from everywhere and he’s beating the goalies a lot. Getting the puck in his hands is never a bad thing.”

“I think for the most part we try to play the same way,” Crosby said. “Everyone tries to get on pucks quick and create turnovers. And, when we do get them, those guys are pretty quick at getting to the net. It depends on who has the lucky night of being in the right place.”

Sheary has spent time alongside Crosby dating back to last season, but adding Guentzel has upped the threat.

“He brings speed, playmaking,” Sheary said. “He’s got a good shot; he can score on his opportunities. He brings a lot to the table. He’s also good defensively; he gets pucks out. He’s a really good player and he’s added a lot to our line.”

Crosby’s leadership has been an important element, too. Off the ice, he’s encouraged his linemates to trust in their own game. On the ice, he’s in constant communication and supporting them with his play.

“Sid being the player that he is, he certainly helps those guys a lot,” Sullivan said. “He’s strong on the puck; he can hang on to pucks. He can support those guys when they’re playing down low. I think Sid’s the glue that holds that line together, but the three of them, to a man, they’ve all played terrific for us.”

Sunday, they helped the Penguins narrow their magic number for an 11th consecutive playoff berth to two and increase their season point total to 99. That’s just one behind the Washington Capitals and Columbus Blue Jackets for the league lead, and all the more impressive when you consider that Pittsburgh has been among the teams most impacted by its injuries all year.

“We’re playing well right now, and our team’s playing well,” Sheary said. “We’re not giving up many chances against and we’re coming away with wins. It’s a fun thing to be a part of.”