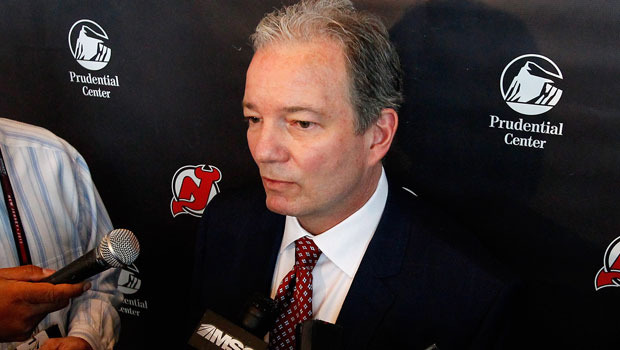 Ray Shero said he needed to get more talent for his club going forward, after a season in which his Devils sported the league’s worst goals-per-game (2.22) and scored a league-worst 182 goals, missing the postseason for the fourth-straight season.

He added that talent on Wednesday with the acquiring of Taylor Hall from the Edmonton Oilers in exchange for defenseman, Adam Larsson. Hall, drafted first overall in 2010, scored 26 goals and 65 points in 82 games last season with Edmonton. He will be the focal point of an offensively-challenged Devils squad that has struggled since the departures of Zach Parise and Ilya Kovalchuk.

Shero, on TSN 1050 radio on Thursday, said he spoke with Hall’s agent Jeff Jackson, a former NHLer who played parts of his 263 games career in the Greater New York Area. He said he understood Hall’s frustration in being traded, but believes it’s a great thing for his career and life.

“My message to Hall through his agent was ‘This could be the best part of your playing career and personal life being here,'” Shero said. “You’re going to look back and be married and be able to come back here and to New York City and know the City and Jersey.”

Shero believes Wednesday’s transaction is even, despite many declaring it a lopsided Devils victory.

“Both sides get what they needed,” he said. “We didn’t want to move Larsson, but Hall was the draw. If it wasn’t Hall I wasn’t trading him, unless it was for McDavid (chuckling).”

He added that discussions surrounding Oilers’ GM Peter Chiarelli’s interest in Larsson began last summer when the two both began their roles with their new teams.

“We spoke a lot…compared notes,” Shero said. “He mentioned he liked Adam Larsson, and I said ‘Me too.'”

When asked about how he’ll go about filling the void of Larsson, Shero said he’ll look into a few options pertaining to some of their young guys, as well as possible fits in free agency, which opens up tomorrow at noon.

Conversation over the swap took place over the last several weeks, according to Shero. After having some brief discussions at the draft, he closed the weekend by following up on Chiarelli, who said he’s phone him on Monday. He did and within 48 hours one of the biggest deals in each of the franchise’s respective histories was completed.

On most days the Hall-Larsson swap would have been the biggest of the day, but within 23 minutes there were several news items, including the re-signing of Steven Stamkos with the Lightning and another blockbuster trade involving Montreal and Nashville.

The acquisition of P.K. Subban for Shea Weber is the biggest transaction in Predators’ franchise history and one of the biggest in GM David Poile’s 33-year career, behind the Rod Langway deal completed during Poile’s first year on the job as the general manager of the Washington Capitals in 1982-83.

Shero, who worked with Poile from 1998-2006 said he spoke with Poile Thursday morning following the madness that took place in under 30 minutes.