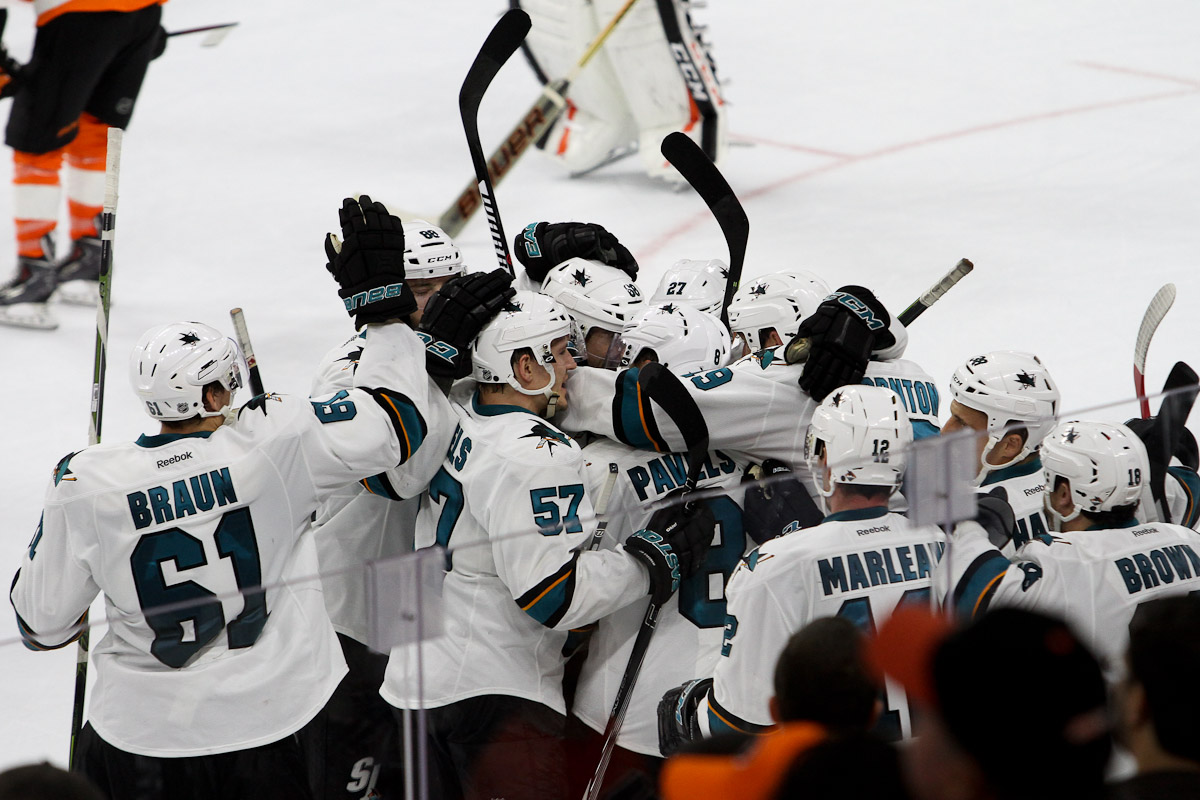 Health was a major concern for the San Jose Sharks, but Monday’s practice at Solar4America Ice was a completely different scenario.

Marc-Edouard Vlasic left Saturday’s game with an undisclosed injury. Sharks head coach Peter DeBoer didn’t provide an immediate update following the game, but Vlasic showed no signs of slowing down and skated on the ice Monday.

Vlasic asserted to the media that he was okay after dealing with a cold.

Vlasic also mentioned his team just wants to put wins together and get points.

“We need to bank some points against some very good teams,” Vlasic said. “The team that beat us twice, the best team in the east (Montreal Canadiens), and then the LA Kings, which are always dangerous.”

Melker Karlsson was placed on injured reserve Saturday afternoon as the Sharks called up Barclay Goodrow from the Barracuda. However, Karlsson appeared to be fine Monday.

“He (Ryan Carpenter) is a good player that knows about all of the defense,” Karlsson said. “He always follows the game plan.”

A few years ago, Karlsson was in a similar situation to Carpenter’s but developed a positive mindset. Karlsson just went out to play and give it his all instead of listening to the doubts in his mind.

Peter DeBoer was glad that some players were back on the ice. However, he didn’t provide any injury updates Monday.

“I don’t care about goals or points,” DeBoer said when asked about Mikkel Boedker’s performance. “It’s just if the inner competition starts to slip, then I’ll have a problem.”

DeBoer added that Boedker has played a different game in the last several years, so he has to re-program himself to fit in with the Sharks lineup. Boedker has been a pretty consistent forward.

Overall, the Sharks had a good practice after a rough 3-2 loss to the Anaheim Ducks on Saturday night. San Jose has to continue to battle through injuries and capitalize on power-play opportunities to make it through the week on a winning note.