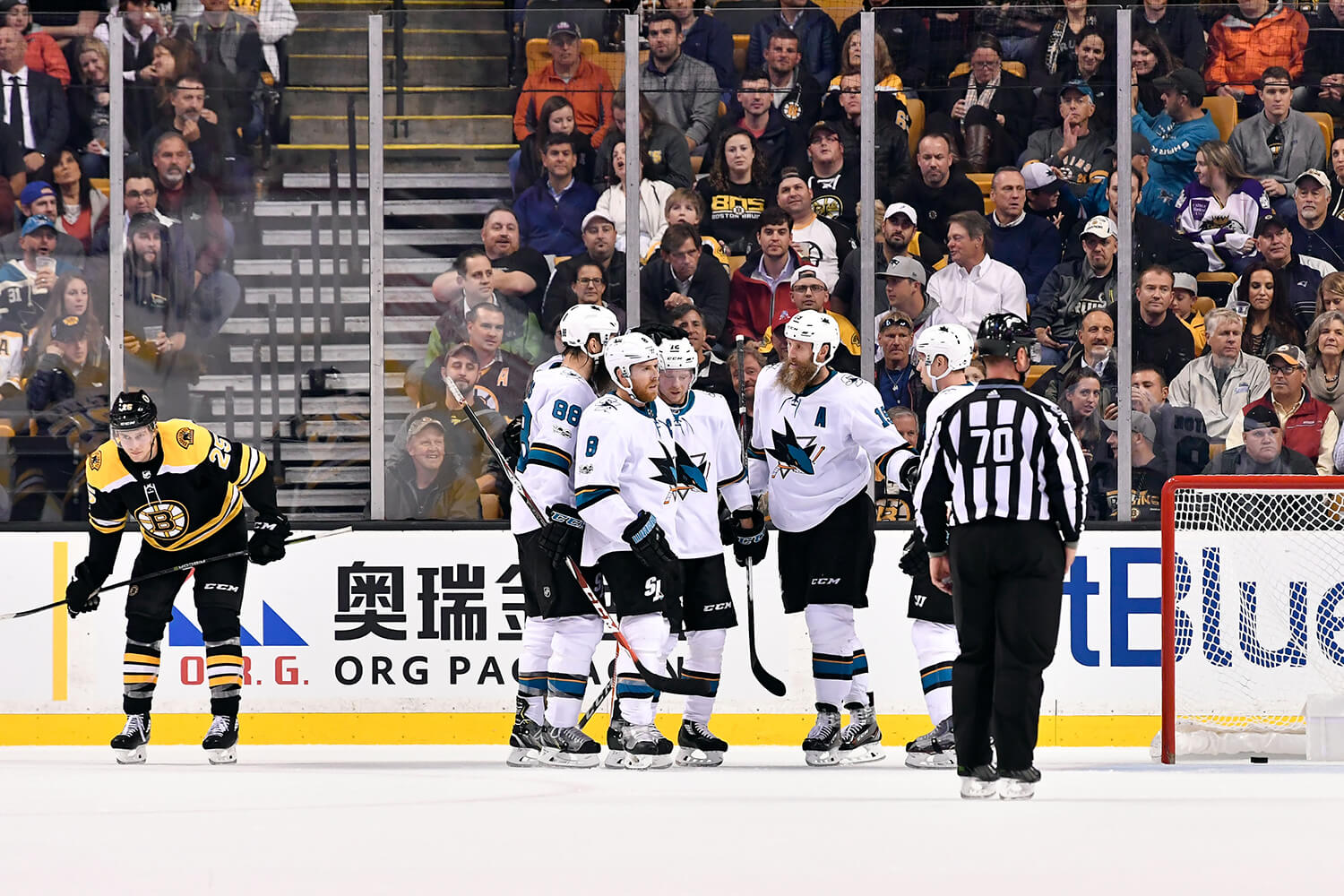 Sharks-Knights: The 1 Thing San Jose Must do to Beat Vegas

San Jose sure seems to have quite the knack for drawing Stanley Cup level first-round matchups.

In 2013-14 the Sharks faced off against the Los Angeles Kings in round one.

This year they face the Vegas Golden Knights in round one.

One of the popular cliches in hockey is that the road to the Stanley Cup is never easy. “Never” is a strong word though. It rarely is easy. Somehow the 2012 Kings only had to face the then Phoenix Coyotes and New Jersey Devils in the final two rounds. Drawing the Sedin twins in the first round wasn’t exactly a daunting matchup either. Despite being an eight seed, LA had a far easier Cup route than most Cup-winning teams.

But this Sharks writer isn’t bitter about that at all.

The Sharks have drawn Vegas in the first round this year, which most prognosticators will tell you is their worst possible draw. San Jose certainly hasn’t had the best luck with Vegas in the two years since the Knights have existed. It’s not all doom ‘n gloom though. Sure, the Sharks have been blown out twice in Vegas, but they’ve also won tight games in Sin City including last year’s overtime thriller in Game 2. Not to mention, unlike last year, the Sharks have home-ice advantage in this year’s series.

Furthermore, if it weren’t for the inexplicably horrendous decision from Sharks Head Coach Pete DeBoer to skate an over-the-hill defenseman in Paul Martin—a guy whom San Jose waived during the middle of the season— in last year’s playoff series, the Sharks could have very easily been up three games to one in that series. Despite being blown out in Game 1, the Sharks won Games 2 and 4. Game 3 they forced into overtime with a late tying goal from Tomas Hertl. Unfortunately for Sharks fans, Martin made a horrible read in the neutral zone and let William Karlsson blow by him down the wing to score the overtime winner.

Focal Point of This Series?

The headline going into this year’s series is obviously the discrepancy in goaltending. Even though Marc-Andre Fleury hasn’t been quite as good this year as he was in the Knights’ inaugural run, he’s still been far, far superior this season to Martin Jones. That just goes to show how completely miserable Jones has been.

It makes many of us Sharks fans want to pull our hair out when the team commentators still regularly refer to Jones as one of the best goalies in the league. By any genuine measure of goaltending effectiveness, Jones has been one of, if not the worst goaltender in the entire NHL this year.

Of the 54 NHL goaltenders to start 25 or more games this season, Fleury’s save percentage ranks him middle of the pack, 21st. Jones meanwhile, way at the bottom at 50.

If the Sharks and Knights were to play 82 games against each other, it’s no contest that the Knights would come away with the better record. Fortunately for San Jose fans, they only need to win four times before losing four times to move on and face another opponent.

Anything can happen in a best-of-seven series. Jones could have his hottest stretch of the season, something he typically does during the playoffs (career .926 playoff save percentage compared to .912 regular season). Or maybe for one series, the Sharks simply are able to outscore their goaltending problem. Fleury missed a number of games down the stretch with injury, and maybe the Sharks light him up. Hey, it’s why we watch the games right? Who knows.

The Number One Key for San Jose

While this series could go either way, the one thing the Sharks absolutely have to do to beat Vegas it is to limit those “grey area” turnovers. They cannot allow themselves to feed the Knights’ transition game. That means the two San Jose forwards to keep an eye on are Kevin Labanc and Evander Kane.

Labanc scored an extremely impressive 56 points this year, playing mostly as a third-line winger next to Joe Thornton. That said, for the first two thirds of the season Labanc was far too often making ill-timed turnovers at the offensive blue line leading to odd-man rushes the other way. Fortunately, over the last few weeks of the season Labanc has done an admirable job in cleaning up those turnovers. He’s been much better overall defensively in all three zones. And unsurprisingly, that attention to detail defensively has not come at the expense of his offensive game. Labanc has actually had his best point totals down the stretch. From the start of March through the end of the season Labanc tallied six goals and nine assists for 15 points in 18 games.

It will be imperative in this series for the Sharks that Labanc keeps playing the way he has been lately. His line with Thornton and Marcus Sorensen has been the Sharks’ most effective scoring line for the past six weeks. San Jose cannot afford to be giving up goals on bad turnovers with that trio on the ice.

Next to Labanc, the one other Sharks forward in the top-9 group that is most susceptible to trying to do too much is Evander Kane. In his first full season with the Sharks Kane had a really strong season, reaching 30 goals. However, he can often try to do too much at the blue line. If you pause the following video at the 3:20/3:21 mark you will see how Kane should have dropped a pass to linemate Gustav Nyquist cutting behind him. Nyquist has his legs moving and space to operate, but instead Kane holds onto the puck and loses an unnecessary one-on-one battle high up in the zone, aka the “gray area.”

The Sharks are known as a team that plays fast, but outside Kane and Sorensen their forwards aren’t actually known for blazing foot speed. Vegas meanwhile is known for speed up and down their lineup. Ergo, the Sharks cannot make it a habit of making these types of turnovers in this series. Labanc and Kane in particular need to be weary of this, as does Brent Burns on the blueline. Burns can also often get caught guilty of trying to force the issue when the simple dump n chase is the better option. If the Sharks can keep the bad turnovers to a minimum they will have a great chance at winning this series, despite the discrepancy in net. If they don’t, they will likely be hitting the golf courses in five or six games.