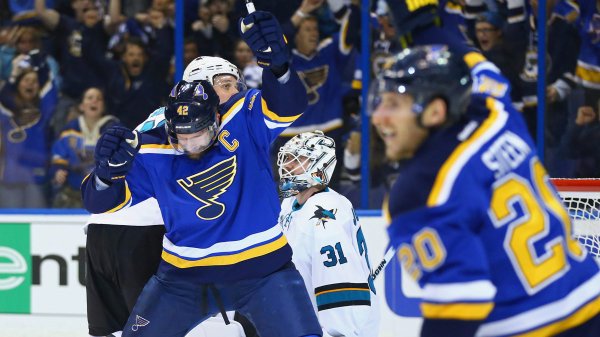 The San Jose Sharks and St. Louis Blues are both worthy of a Stanley Cup Final berth, but those hard-fought victories in the conference semifinals won’t mean anything if the dream fades away.

St. Louis has been to the Stanley Cup Final three times — 1968, 1969 and 1970 — but it’s been a long drought. The Blues made it by eliminating the Chicago Blackhawks and Dallas Stars, relying on great goaltending from Brian Elliott and timely scoring.

The Sharks were established in 1991, but have been a successful regular-season franchise, missing the playoffs only twice. The team has made it to the Western Conference Final only four times, and it has never gained entry to the Stanley Cup Final. San Jose made it by eliminating the Los Angeles Kings and Nashville Predators, using their impressive skill forwards, an effective defense and sharp goaltending to get halfway to their ultimate goal.

The Sharks’ effective power play, which is converting at a 31 percent clip in the playoffs, but coach Peter DeBoer is wary of the Blues, who are scoring at 27.5 percent.

“As far as their power play goes, it’s dangerous,” DeBoer told NHL.com correspondent Louie Korac. “I think our discipline is critical. We’ve been one of the least penalized teams through the season and in the playoffs, so I think that’s going to play into it too.”

Game 1 was in favor of the Blues.

The Blues not only shut down the Sharks’ power play Sunday night, holding the unit to just five shots on goal and no goals in six minutes with a man advantage, they shut them down for another two and a half minutes when San Jose pulled its goalie.

The Blues put Sharks’ goalie Martin Jones and the puck in the net, but the officials ruled it as a no-goal, despite St. Louis challenging the ruling.

Logan Couture went to the penalty box at 13:56 for tripping Robby Fabbri. The Blues went on their first power play of the night. David Backes redirected Kevin Shatterkirk’s wrist shot into the net to light the lamp with his seventh postseason goal. The Blues took a 1-0 lead at 15:04 of the first period.

The Sharks answered right back. Captain Joe Pavelski initially redirected Brent Burns’ shot from the right point, then the puck redirected off Tomas Hertl’s right skate and got past Blues’ goalie Brian Elliott, tying the game 1-1 at 15:38. Hertl scored his first goal in seven games for San Jose.

The contest was tied 1-1 after the first period. The Blues outshot the Sharks 11-8.

Jori Lehtera intercepted a pass from the neutral zone, got to the top of the circle and drilled a slap shot to put the Blues 2-1 at 9:15 of the second period.

No goals were scored in the third period.

The Blues held on for a 2-1 win over the Sharks in Game 1. Brian Elliott made 31 saves for St. Louis while Martin Jones made 21 saves for San Jose.

“We haven’t played a team like this,” Blues coach Ken Hitchcock told NHL.com correspondent Louie Korac. “The other two series [against the Chicago Blackhawks and Dallas Stars] were similar. This series, and this team that we’re playing against, is completely different. This is no different than playing Los Angeles. They’re a heavy, hard team, strong on the puck, a lot of wall battles. We haven’t had a series like this.

Special teams made an impact on the Blues’ 2-1 win at home. They went 1-for-2 on the power play. San Jose received three power plays, but failed to capitalize on them.

The Sharks missed out on a lot of opportunities and have a reason to be upset about Game 1.

The Blues lead the best-of-seven series 1-0.