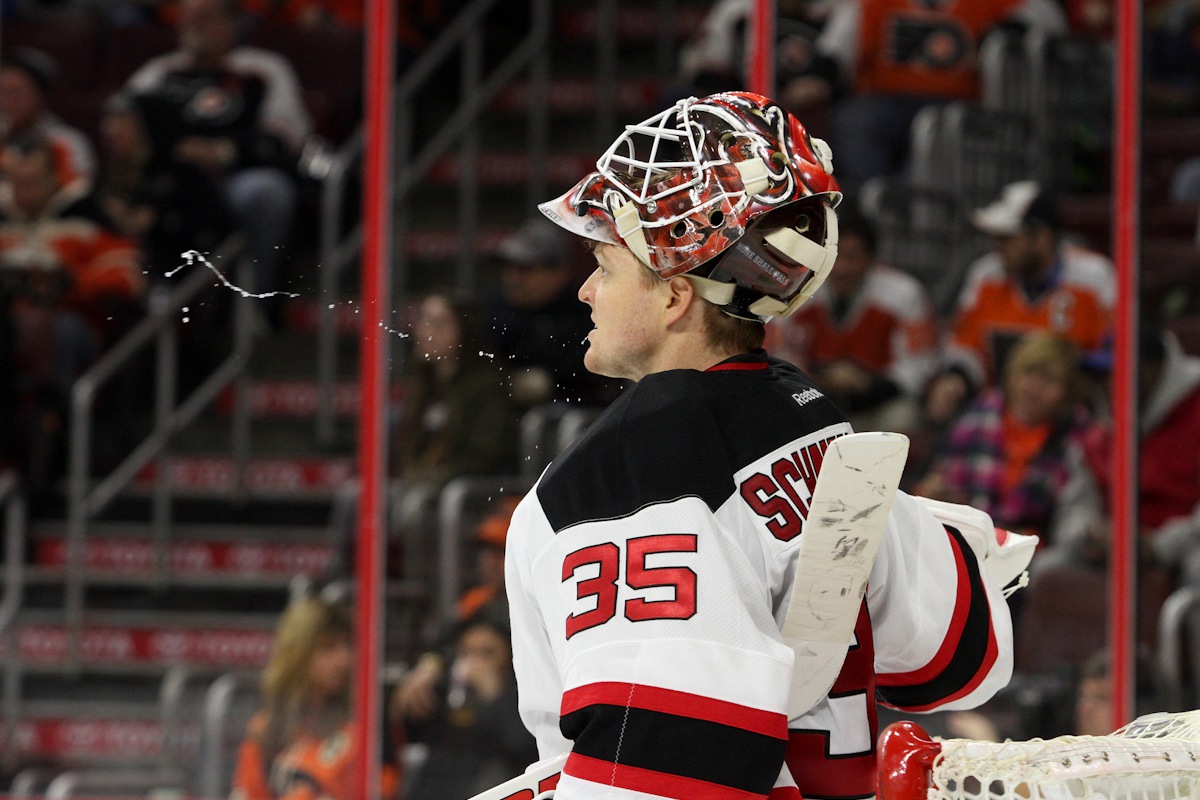 With slightly over 16 minutes left in the second period, Andy Greene fell near New Jersey’s blue line while trying to back check, giving Washington’s Jason Chimera and Jay Beagle a 2-on-0.

Beagle came in for the shot and Cory Schneider made the save to keep New Jersey up 2-0.

“It’s a guy in alone in a key moment, he was shorthanded,” Schneider said. “Those are the saves you got to make to keep the game where it’s at and give your team a chance to succeed.”

Schneider made 30 saves on 31 shots in New Jersey’s 2-1 win over Washington on Friday night in Newark.

“To get goaltending like Corey’s given us, he was the difference tonight,” Peter DeBoer said. “I thought by far he was our best player.”

“[I’m] happy with the two points, we needed them. It was a four-point game against that team. You [have] to win all kinds of different ways in this league. Some are pretty like the other night when we win 7-1 and some are ugly like tonight, but we found a way,” DeBoer said.

“I didn’t think it was a really well-played game, but we did enough to win.”

The Devils kept the Capitals from scoring on the power play and capitalized on one of their five man-advantage chances.

While on the power play in the second period, Jagr sent the puck to Henrique, who wristed it past Michal Neuvirth.

“That was a nice play. There were a handful of nice plays overall,” DeBoer said.

Joe Whitney made his NHL debut in the victory. The former Boston College Eagle had 11 shifts for eight minutes of ice time and one hit.

“It felt good, good to get the nerves out in the warmups,” Whitney said. “Just the lighting and the arena’s a little different. It got more comfortable as the game went on, tried to keep it as simple as I could and just worked as hard as I could.”

The win was New Jersey’s second in a row and Schneider’s ninth overall, bringing his record to 9-9-7.

“The way the wins come, it’s important,” Schneider said. “I didn’t like where my record was at the first part of the year, but we’re starting to pull the games out and I’m playing a little bit more consistently. This is where you start racking up wins and now we keep going up, it’s not good if you fall back below .500 so I’m just trying to improve that record.”