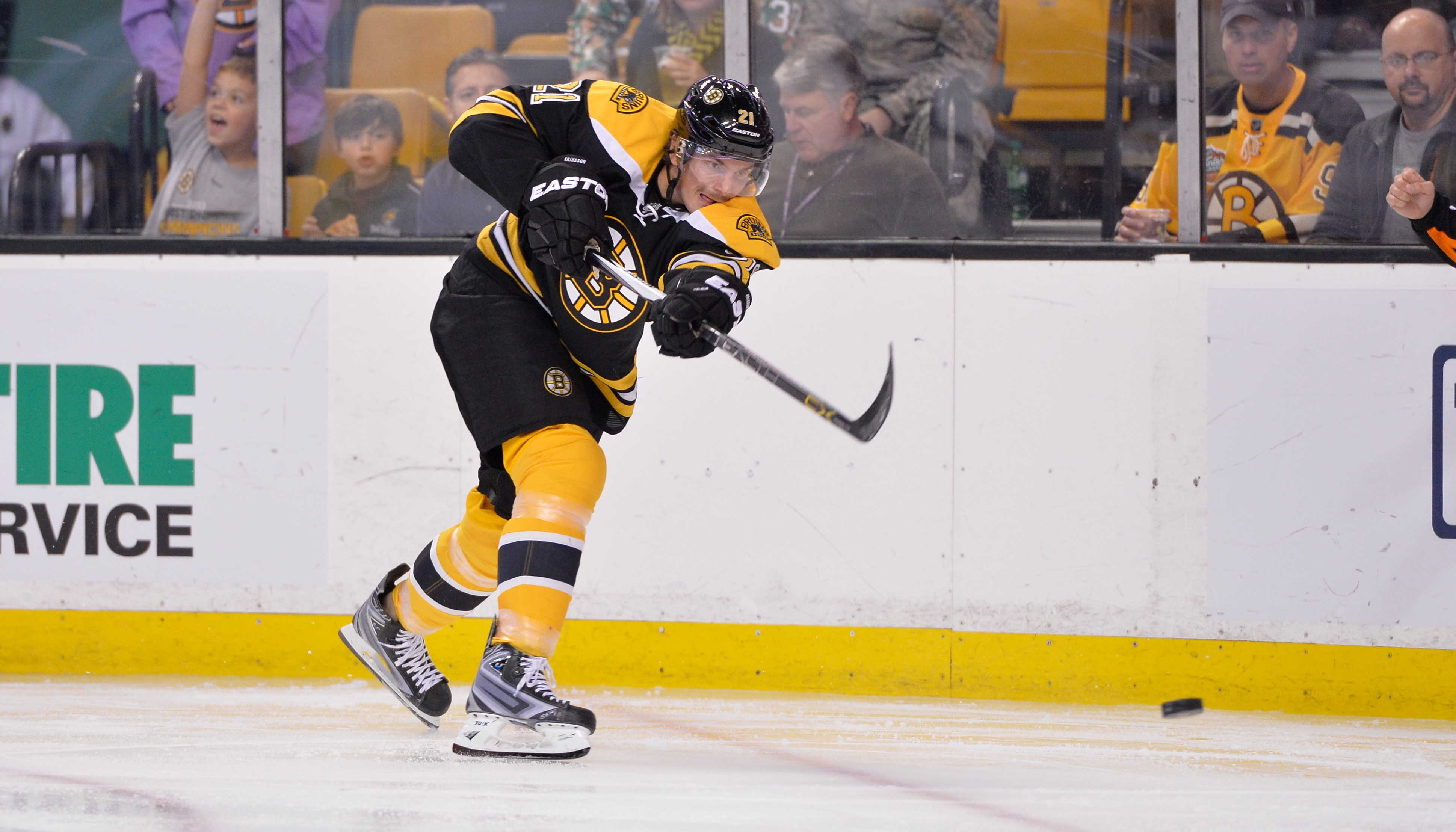 Just in case you needed a few moments to digest that fact.

With the trade deadline arriving today, a leap day of February 29th, it feels almost anti-climatic following the trades we have seen so far this weekend. Jiri Hudlr to the Florida Panthers, Eric Staal to the New York Rangers, and Andrew Ladd to the Chicago Blackhawks would all be huge deadline day deals, and they’ve already occurred.

One of the only teams that has remained inactive is the Boston Bruins.

Boston has an asset that has been highly discussed in left wing Loui Eriksson. Eriksson, set to become a free agent at the end of this season, is enjoying a breakout season following two years of injuries and being in-and-out of the Boston lineup. Eriksson has 23 goals and 25 assists and is looking a lot more like the Dallas Stars scorer that Boston thought it was getting when the Bruins traded former second overall pick Tyler Seguin.

Eriksson has been linked to several teams, including St. Louis, Calgary, and Minnesota, and the rumors are swirling. Here are some of the possibilities we might see coming down tomorrow, with Eriksson or otherwise.

The Canucks defenseman’s name came up on Sunday afternoon when Darren Dreger tweeted that the Bruins have shown interest and that Hamuis would be willing to waive his no-trade clause to play in Boston. Hamius, like Eriksson, has an expiring contract but has a cap hit of $4.5 million. Hamuis would be an immediate upgrade over the Bruins current second defenseman, Dennis Seidenberg, and would add more to the power play and penalty kill units.

Trading for Hamuis would also allow $4 million in cap space to open over the summer as well for free agency. He’s an upgrade, but it might take a roster player or two to bring him to Boston, and Seidenberg, who has a longer deal, might actually be one of them. Vancouver is also rebuilding, but the Bruins have plenty of young forwards to also add to a potential deal.

With Hudlr being shipped to Florida, this has been the most talked about possibility for the Bruins. Calgary has told the shot-blocking defenseman that he is likely to be moved as the Flames as the team plans to clear salary in preparation for pay raises for their star players. The $2.6 million cap hit is reasonable, and he is among the league leaders in blocked shots.

Boston needs to add a defenseman, and Russell, though he could be considered a bottom two defender, would be an addition that is very possible for the Bruins.

Trouba is a second-pairing defender in his third season of NHL play, and after the Jets signed Dustin Byfuglin to a massive extension, his future with Winnipeg is up in the air. A strong two-way defenseman, he’d be the ideal player for Boston to acquire at the deadline.

With a $3 million cap hit, it’s not a bad option for the Bruins to look at Trouba as an upgrade. He’s much better offensively than players like Seidenberg, Kevan Miller, or Adam McQuaid. This is another case where Seidenberg could be sent off, or potentially a younger player like Joe Morrow. Winnipeg would be looking for defensemen compared to forwards, where the Bruins are deeper throughout their depth chart. Winnipeg is rebuilding, so a couple of prospects and Seidenberg could get it done.

The Ducks are going to likely move one of their defenseman, and Lindholm would be by far the best fit for Boston. He’s 22 years old but likely going to get a big raise, which is why Anaheim, a deep defensive team, might move him. Anaheim will likely try to keep him, but if the Bruins offered a good deal (especially since Anaheim is contending right now), he could be had.

Eriksson would be the one going to Anaheim, and Boston has also been connected to pending RFA defender Sami Vatenen.

Eriksson to the Blues

St. Louis, other than Calgary, has been the most connected to Eriksson. The Blues have struggled to score, and Erksson is likely the best offensive player left on the market. Former second round pick Dmitrij Jaskin has appeared to be the asking price for the Bruins, along with a draft pick, for Eriksson. Jaskin has offensive potential but is known for his role as a grinder with some scoring touch in the bottom six forwards; basically, exactly the kind of player the Bruins love.

Eriksson to the Wild

Shawn Simpson of TSN mentioned on Twitter that the Minnesota Wild were pushing for Eriksson. Jonas Brodin has been connected so far in conjunction with the Bruins, but Matt Dumba has also been mentioned. Dumba, 21, is in the final year of his entry deal with Minnesota, and the Wild desperately need offense, so Eriksson would be a fit.

Jonathan Drouin has been asked about by around 15-20 teams but it should be noted the Bruins have been mentioned in that conversation. This one is highly doubtful, but, it exists.

The captain of the Bruins has long been speculated to be on the market, and trading him away would signify a major change or the organization. It would be tearing apart the core of what the team has been for nearly a decade, and would require a major return.

And it might be just what the Bruins need to move forward and progress.

Does that mean the Bruins SHOULD trade Chara? No, but it does mean if a deal comes along that could help the team now or long term, it should be considered.

Let’s face it, this is the most likely scenario, especially with reports coming out on Sunday. Eriksson has finally found the success in Boston that was expected from him and he’s been a key piece of an offense that has emerged as one of the best in the Eastern Conference.

Eriksson is looking for around $6 million per year over a long term deal. The Bruins likely won’t offer that even if he stays with the team now and becomes a free agent. The sides have been trying to work out a deal, but as of Sunday, haven’t been able to reach an agreement and are apart on the length and terms.