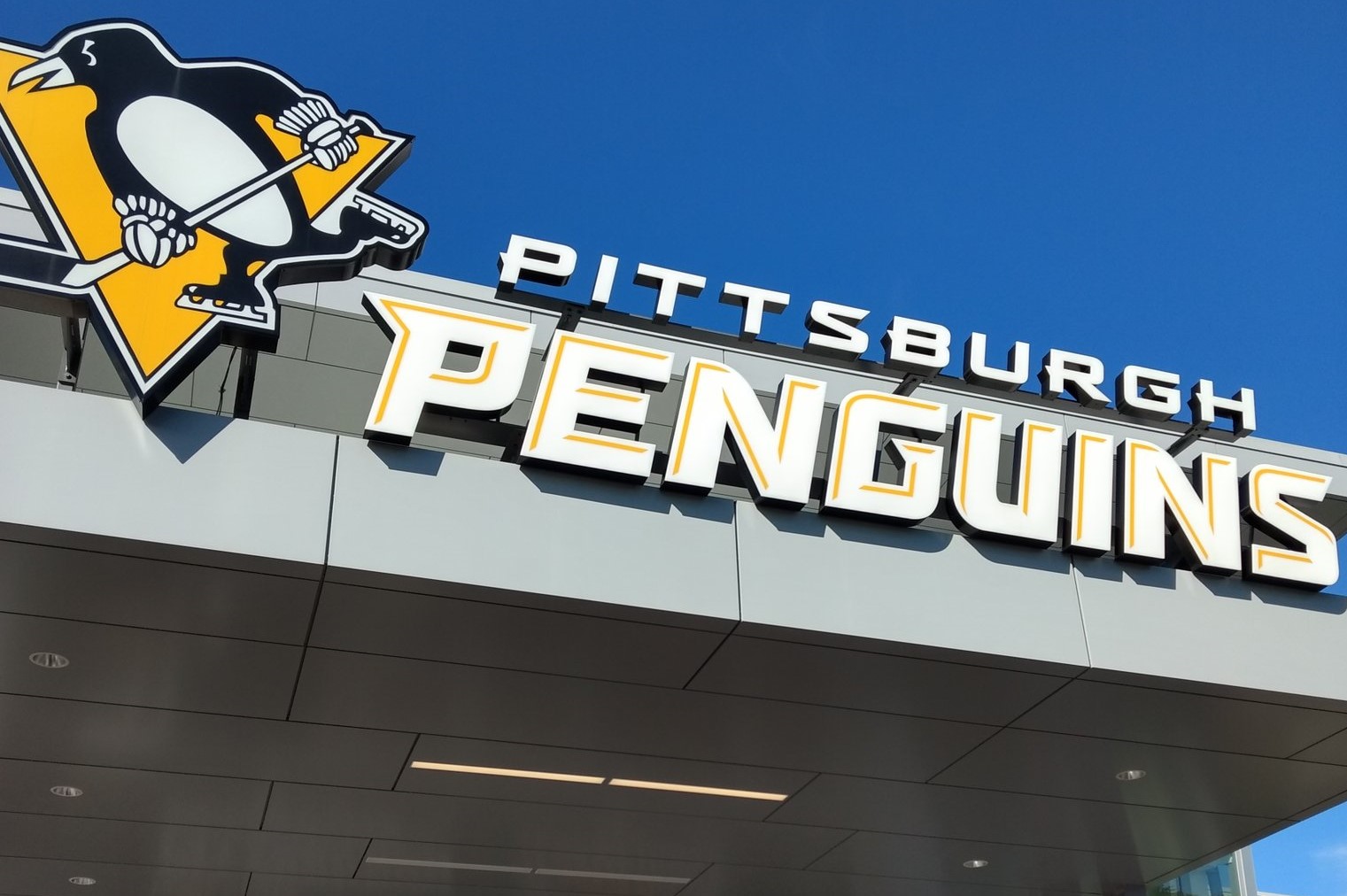 Nobody paid much attention when, just 10 days after they were eliminated in the Stanley Cup playoffs last May, the Pittsburgh Penguins signed defenseman Juuso Riikola to a one-year, entry-level contract.

A week into the preseason, the 24-year-old Finn is making himself hard to ignore.

After making a positive impression at training camp, where he skated alongside NHL regulars instead of those more likely to be bound for the AHL, Riikola scored a goal from the point in Pittsburgh’s first preseason game Tuesday at Buffalo. He then added a second in their first home contest on Saturday, and this one was of the highlight-reel, coast-to-coast variety.

Defenseman Juuso Riikola goes coast-to-coast and knocks it in on the backhand just 2:04 into the game.

He also laid a big hit on the Blue Jackets’ Oliver Bjorkstrand – who scored all three Columbus goals in the Penguins’ 7-3 win – while putting in some of his :51 of work on Pittsburgh’s penalty killing unit. On the other side of special teams, Riikola got 2:00 of power play time. He used his 6-foot, 190-pound body to block shots and to separate Blue Jackets from the puck without taking himself out of the play.

Guess you could say that Riikola, who’s transitioning from the larger international sheets of ice, is adjusting quickly to the North American game and smaller ice surface.

“His hockey sense jumps out at you,” said head coach Mike Sullivan. “He’s a real good puck mover, he can skate, he’s a mobile guy. What’s really surprised me is his willingness to embrace the physical aspect of the game. He’s not afraid to stick his nose in the battles and he’s done a really good job in that regard. I think he’s a guy that can help us, and I think with each game he’s played here, with each practice he’s had, he gets a little bit better.”

That’s been true to form for Riikola’s career. Since making his debut for KalPa of the Finnish Liiga at age 19 in 2012-13, he’s steadily developed the offensive side of his game. Last year, he scored a career-high eight goals in a 24-point, 59-game season. The year before, he set career highs in assists (19) and points (25) in 59 games and contributed seven points (1G, 6A) in 18 playoff games, helping KalPa get to the Liiga championship series.

That willingness to jump into the offense will serve him well in the Penguins organization.

“I know the team here plays fast hockey, and that’s what I like to do,” Riikola said.

“When we signed him, we thought he could play the game we’re trying to play,” Sullivan agreed. “And certainly, in the first few weeks here, he’s shown an ability to do that.”

Would Riikola assess his own game as NHL-ready?

“It’s hard to say,” he said, acknowledging that the preseason’s level of competition isn’t quite up to the caliber of NHL opening night. “There’s so much guys who are not playing right now; [opponents] don’t have the best team play. I think the battles in the corners and in front of the net, that’s the biggest thing for me. I need to win those. I think everything else is pretty good.”

Riikola has the credentials. In addition to his stats in Finland’s top league (26G, 63A, 89P in 283 regular-season games; 2G, 8A, 10P in 31 playoff games), he’s served as an alternate captain for his club for the past three seasons. He also has experience on the international stage, representing Finland in the World Junior Championships (2013), where he played with Penguins defenseman Olli Maatta, and the World Championships (2018).

He’s also becoming a quick fan favorite in Pittsburgh, not just due to his entertaining style of play (see: Saturday’s goal) and catchy name (see: Penguins announcer Ryan Mill singing his first goal call exactly like the cough-drop commercial), but for his clear enthusiasm.

“I was so excited to play today,” Riikola said Saturday. “First game at home.”

Does he have a realistic shot to make the NHL roster?

“I didn’t realize he was popular, but he’s a confident kid,” Sullivan said. “He’s a good hockey player, and I think he has a quiet confidence about him that’s essential to play in this league. I happened to catch his bench interview before the game about playing with different defense partners and playing the left or right side, and I thought his response was terrific. He said, ‘Hey, it’s just hockey; let’s just go play.’ And I think that approach shows just the quiet confidence and the poise he has.

“We’re excited about him. We’ll let the training camp play out; we’ve got a competitive camp. We’ve got a lot of defensemen playing well. But he’s a guy [who] has raised eyebrows, and he’s going to make decisions for the coaching staff very difficult.”