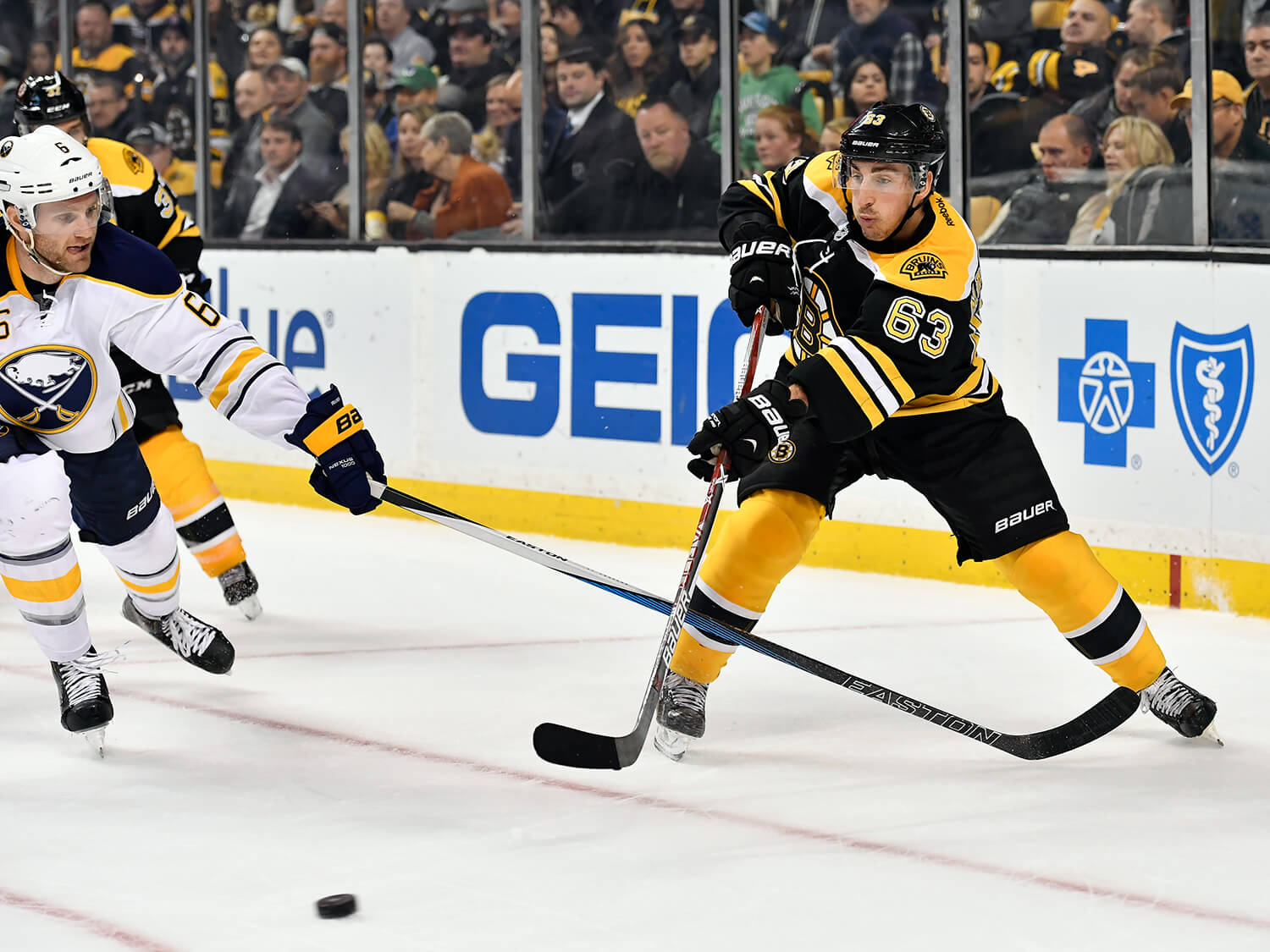 Rask, Power Play Shine for Bruins in 4-0 Rout of Sabres

BOSTON – The story for this Boston Bruins team has been one of inconsistency.

The B’s opened the 2016-17 campaign with a 3-1-0 record, which was then followed by a three-game losing streak. As the old adage goes, one step forward and two steps back.

As a busy month of November progresses for this team, the Bruins will be looking to produce something much more important than tacky mustaches: A handful of wins that will allow them to climb up the standings within the division.

The Bruins were in action on Monday night against the Buffalo Sabres. This was the first game of a back-to-back set for the B’s, their second of the season. Also, Boston was coming off a crushing home loss to the New York Rangers this past Saturday night, an occurrence that seemed to deflate the momentum built up by this team over the last couple weeks.

In regards to the opposition, the Sabres came into this season with some pretty decent expectations. It might be too soon to expect a complete resurgence that would lead to a playoff berth in a very convoluted Eastern Conference, but Buffalo is a team that is certainly on the rise.

With key offseason acquisition Kyle Okposo and second-year stud Jack Eichel (out for this game due to injury) leading the way, the Sabres are poised for a quick turnaround that will leave fans of the team feeling hopeful for the future. In the meantime, these two Atlantic Division foes were looking to strike first in the season series.

Tuukka Rask opposed Robin Lehner in the goaltending matchup. There were no other lineup notes to report for the Bruins in regards to this game from Saturday night.

In the first period, the Bruins had difficulty gaining entry to the Buffalo zone. At the other end of the ice, a couple sloppy turnovers and an ill-timed line change almost put the Black and Gold into an early deficit. Rask and Lehner were able to see the puck really well as both teams were able to unload a number of shots on net. Although the Bruins failed on their lone power play opportunity of the period, they continue to remain strong on the penalty kill, denying both Buffalo chances with the man advantage. Shots were 13-12 in favor of the Sabres after a scoreless 20 minutes.

“There were things that we could have improved on, but it was a solid effort,” said Torey Krug regarding the opening period. “We just have to translate some of the things that we did do well into our five-on-five game and we should be okay going forward.”

The second period heavily favored the Bruins as they capitalized on a sloppy and undisciplined display of hockey by the Sabres. Boston notched the first goal of the night on the power play just over five minutes into the period. Brad Marchand got credit for the goal after a shot that was fired into ample traffic in front of the net. Matt Beleskey picked up an assist on the tally, which marked his first point of the season.

“Hopefully this will help us going forward,” said Beleskey. “You just try to take away the eyes of the goalie and create some havoc in front of the net, and I was able to help do that.”

The Bruins increased their lead by adding a second power-play goal. David Krejci blasted a one-timer from the point past Lehner off a nice feed from Krug. Krejci picked up his first goal of the season with this play. Riley Nash contributed his first goal of the season later on in the period. The Bruins were able to smother the Sabres, allowing only five shots on goal and racking up a 3-0 lead heading into the third period.

“We did not really stand in one spot out there and we created some great scoring chances,” said Krejci regarding the power-play outburst. “I think we were all really seeing the puck well. This will definitely get us going.”

David Pastrnak contributed another power-play goal for Boston midway through the third period. Meanwhile, Rask was able to hold things down at the other end making 32 saves on the night. The B’s were able to cruise to a 4-0 victory on home ice.

“In order to be successful you need to outwork the penalty kill,” said head coach Claude Julien after the game. “We worked on our power play at practice and we gave our difference makers a chance to make something happen.”

This win marked the 400th victory for Julien as a member of the Bruins. “It is just another number to me,” said Julien. “It is something I will cherish down the road, but right now we have to keep plugging along.”

As previously stated, the Bruins will waste little time before taking the ice again. They will travel to Montreal to take on the Canadiens on Tuesday night.

Side Notes…Anton Khudobin made a return to the ice Monday morning after recovering from an upper-body injury…Kevan Miller skated with the team during morning skate, but is still recovering from hand surgery that will have him sidelined for a total of six weeks…David Pastrnak came into Monday’s game with seven goals, which ranked him tied for fourth in the entire NHL…This marked the seventh consecutive game that Joe Morrow was a healthy scratch…The Sabres are the only team the Bruins have never swept in a season series.