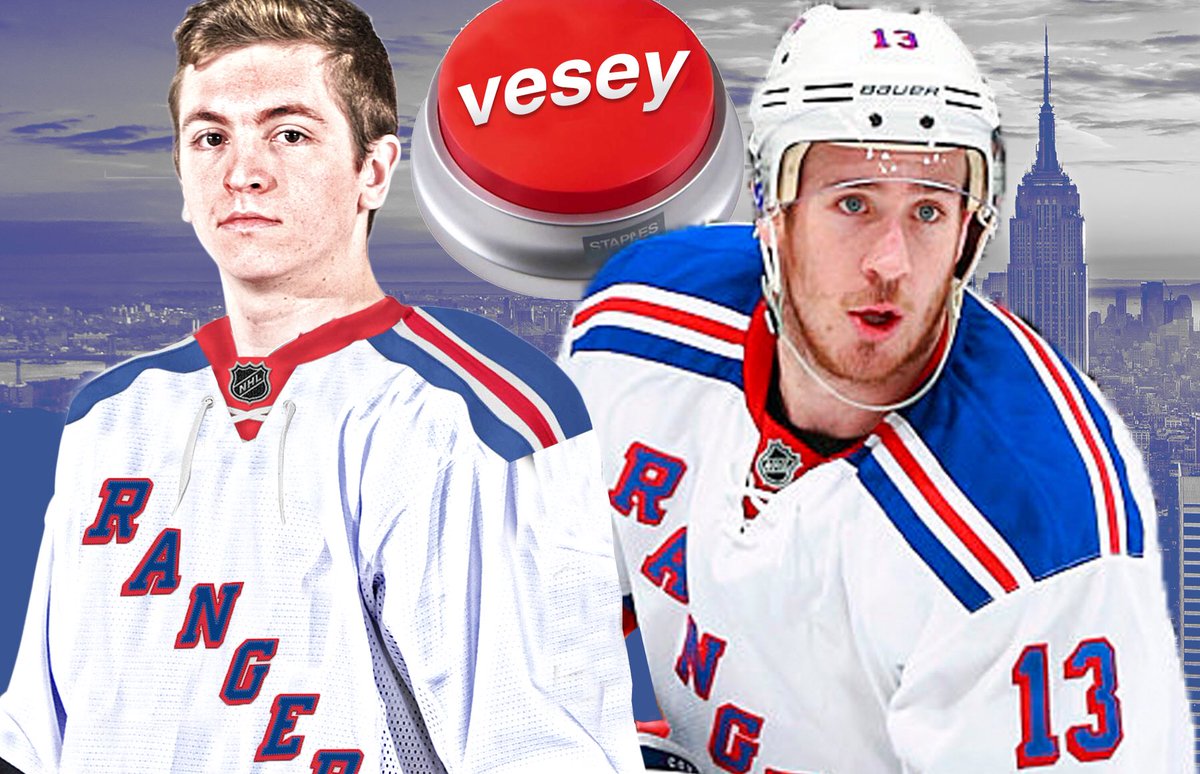 August isn’t typically a busy month for the National Hockey League. Normally, it’s the time where writers and players alike rest up.

But hockey sometimes finds a way to keep you hooked, all year long. This time it did so with the aid of a Harvard standout named Jimmy Vesey, who ended a brief pause in the quiet summer signing with the Rangers on Friday.

Drafted in the third round (66th overall) by the Predators in 2012, Vesey captained Harvard last season, scoring 46 points in 33 games–graduating and finishing his collegiate career with 144 points in 128 games. After Nashville failed to sign him following the conclusion of his senior season, he was granted the rare opportunity as a 23-year-old to explore unrestricted free agency.

And explore he did.

The North Reading, Mass., native met with a number of teams including the Rangers, his hometown Bruins, the Maple Leafs, where his father is employed as a scout, the Devils, Penguins, Islanders and Blackhawks. He also spoke with the Sabres, who acquired his rights from Nashville in June for a third round pick.

The courting period, which began on Tuesday, was a lengthy one–at least given this is August and four days somehow felt like an eternity.

Vesey  is touted as an excellent scoring forward ready to make an immediate impact, perhaps even in a team’s top-six. In signing a two-year entry-level deal, he also is a well-priced add, particularly for the Rangers, who are flirting with the league’s salary cap. His deal, valued at $925,000 annually also includes an estimated $1.9 million in performance bonuses.

This #NYR active roster has no potential performance bonuses other than what Vesey will get (up to $2.85M).https://t.co/BXrdAZjdiP

For New York, who has had just one first round draft pick since 2012, the signing helps replenish a relatively bare cupboard of forwards outside Pavel Buchnevich, who is expected to make his NHL debut this season as well.

The Rangers utilized forward Kevin Hayes, who grew up with Vesey and arrived in New York in similar fashion in 2014, signing with the Blueshirts after failing to agree to terms with the Blackhawks.

Welcome to the @NYRangers @19Vesey. Childhood teammates to playing at MSG. Fans get used 2 this saying #thatwasvesey pic.twitter.com/eM2gKKGmC9

Some dates worth highlighting now:

December 17: Rangers at Bridgestone Arena to take on the Nashville Predators, where more than a handful of fans will not be happy that Vesey spurned the team that drafted him four years ago.

The Rangers will also play the Bruins twice at TD Garden on Nov. 5 and March 2. The Bruins were believed to be very much in the fold, especially when Vesey’s representation indicated his desire to stay close to home.

For now, August should resume to its natural state–quiet with the odd PTO signing here and there, but every once in awhile there’s something that reminds us of ice and pucks ahead–even closer now with the World Cup of Hockey, which will begin next month.