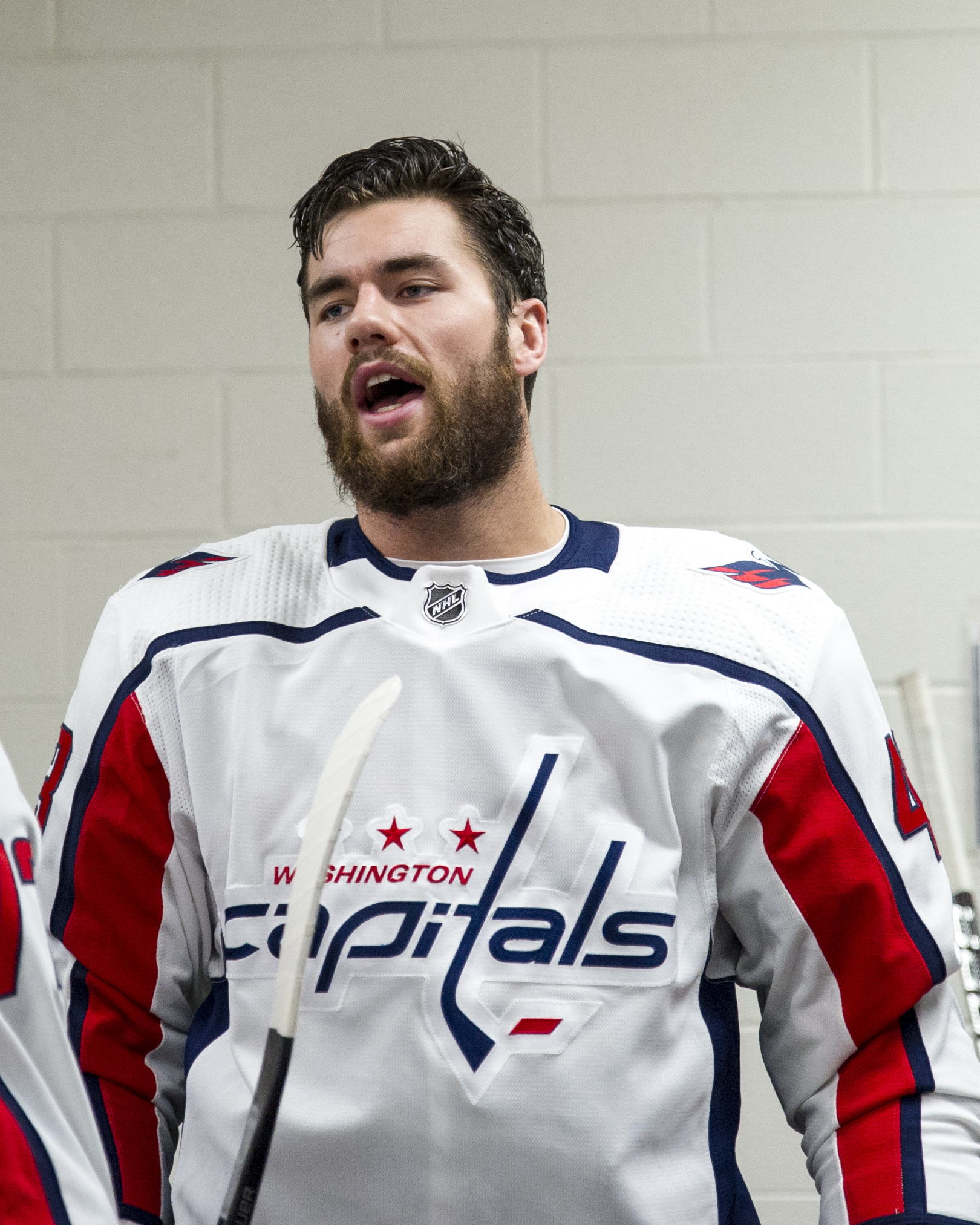 Capitals forward, Tom Wilson, who took repeated shots to the back of the head at New York’s Pavel Buchnevich in the second period of Monday’s contest at Madison Square Garden. Artemi Panarin, who responded by attempting to remove Wilson from atop Buchnevich, was eventually tangled up in a scrum with the often reckless Cap and ended with Wilson throwing down Panarin in an equally-dangerous sequence.

Wilson, a five-time repeat offender, was fined $5,000 for roughing on Tuesday and while it’s the maximum amount allowable under the Collective Bargaining Agreement, the decision not to suspend Wilson caused considerable uproar league-wide, especially among the Rangers.

“I think it’s a joke to be honest with you,” Strome said. “He’s got a good skill and he’s produced in this league. But I just think that he crossed the line. I think the whole play from the start, it was just (Buchnevich) trying to score a goal and jam the puck. And everything from his stick on his neck or the head and everything after that. A defenseless player in Panarin in my opinion, with no helmet, a superstar in our league. I just think it’s a joke.”

But for as blunt as Strome was at his media availability on Tuesday, the Rangers were new-level direct in their statement, issued shortly before puck drop on the NHL’s Tuesday night schedule, which included five games–though not the Rangers or Capitals, who will play a much-anticipated game on Wednesday–even with the Rangers eliminated from postseason contention on Monday.

“The New York Rangers are extremely disappointed that Capitals forward Tom Wilson was not suspended for his horrifying act of violence last night at Madison Square Garden,” the statement read. “Wilson is a repeat offender with a long history of these types of acts and we find it shocking the NHL and their Department of Player Safety failed to take the appropriate action and suspend him indefinitely.

“We view this as a dereliction of duty by the NHL Head of Player Safety, George Parros, and believe he is unfit to continue in his current role.”

Parros, who has been the head of the league’s discipline since 2017, played 474 games in the NHL from 2005-2014 and though he was known as an “enforcer,” the Princeton University alum and graduate, was never suspended.

In his role, he has faced some levels of criticism, not uncommon for the position that has been held previously by the likes of Brendan Shanhan and Brian Burke before. But the statement issued by New York is the first of its kind.

And, it just might cost the Rangers in the end.

Now this is a statement. For which the Rangers will no doubt be fined far more heavily than Wilson was. https://t.co/F4mKdeysng

The Capitals would not comment on Tuesday’s statement but did say the NHL is handling the matter and response. The league has long took issue with players, coaches and members of management publicly criticizing the league and officiating. This will no doubt be seen as such and are likely to have consequences that will surpass the $5,000 fine Wilson faced.

Could the Rangers be on the hook for surrendering a draft pick? Will there be sanctions to the club’s management under the direction of Team President and Alternate Governor, John Davidson and General Manager, Jeff Gorton.

Wednesday’s rematch will be certainly be a game of interest, but equally anticipated will be the league’s response.