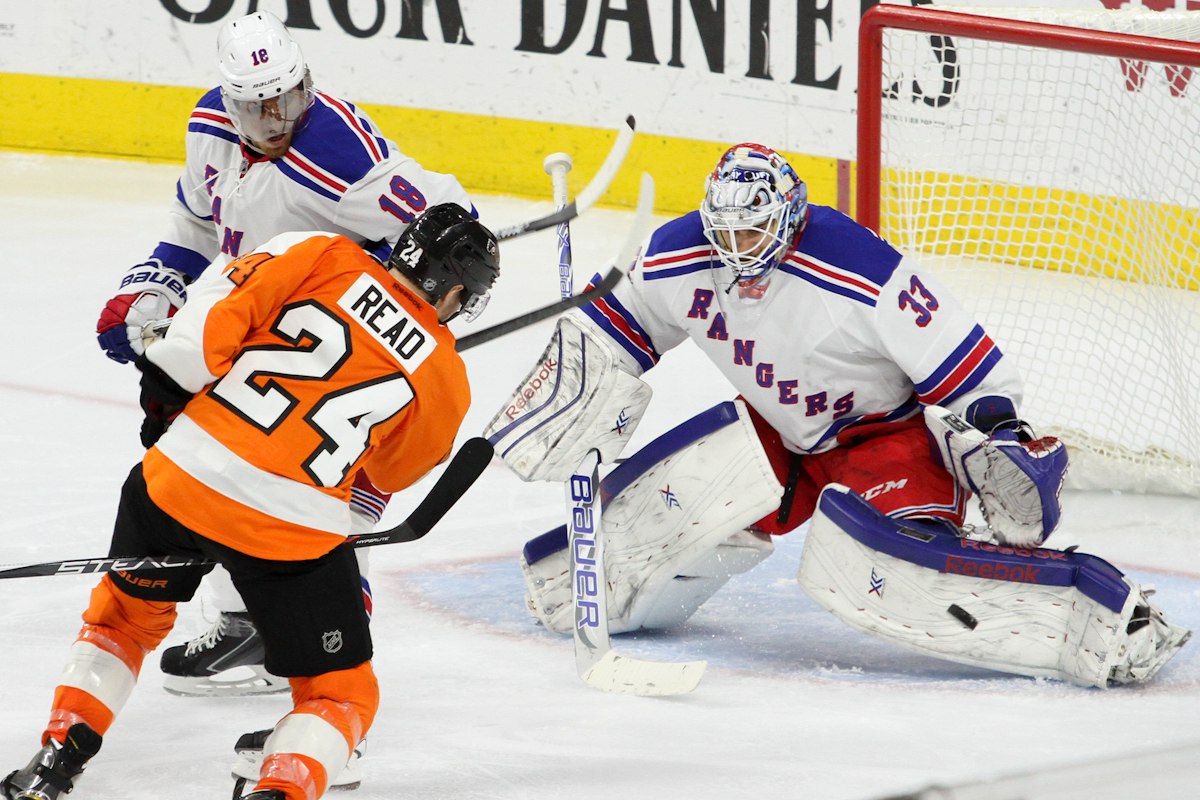 NEW YORK – The nicest thing you can say about the Rangers’ 2-1 win Sunday night against the Panthers was they found a way.

It wasn’t as pretty as many of their recent performances, but it was a win. Two more points to add to their impressive ledger. They improved to an incredible 33-7-3 in their last 43 games, and an absurd 37-10-3 in their last 50.

“We’d like to be better than what we were tonight,” said defenseman Dan Boyle. “But a month from now, no one’s going to remember how we won this game; just the two points.”

“I think you’ve heard me say many times, ‘never critique a win,’” coach Alain Vigneault said, before referencing a pre-game ceremony held to honor Boyle’s 1,000th-career NHL game. “I think we’re going to keep one (video) copy of this game, give it to Boyler, and move on.”

They remained atop the NHL standings with 95 points, one fewer than they had all of last regular-season.

As one columnist has taken to calling them, they’re the find-a-way Rangers. They found another way when James Sheppard, in for the injured Tanner Glass, redirected Matt Hunwick’s shot past Panthers goalie Dan Ellis (32 saves) late in the first period.

They found a way through an awful second-period performance when they allowed 20 shots on goal. Cam Talbot was up to the task, making 38 saves as the Rangers improved to 15-2-3 since franchise netminder Henrik Lundqvist went down with his blood vessel injury.

“There’s no doubt tonight was all about Cam,” Vigneault said. “Not only from the start of the game, but that second period where we barely touched the puck. One player gave us a chance to get two points. We’re fortunate that he was on top of his game.”

Hunwick got a goal of his own midway through the third period, his first as a Ranger and his first this season. Hunwick, in the lineup due to Kevin Klein’s upper-body injury, had his 12th multi-point game of his career.

“We have a resilient group,” Hunwick said. “We have a group that has a lot of talent [throughout the lineup]. We seem to find ways to win, whether it’s defensemen scoring goals, the third line, or the fourth line. Our top guys have been great all year, but sometimes it’s the guys maybe you wouldn’t expect that help you win those close games once in a while.”

“Confidence is high, but at the same time we know tonight wasn’t our best effort,” said defenseman Dan Girardi. “By far. But we got the job done.”

The Rangers have allowed one goal or fewer in regulation in a franchise-record seven straight games.

They blocked 36 Panthers’ shot attempts, their most since the NHL started recording blocked shots on a consistent basis during the 2005-2006 season.