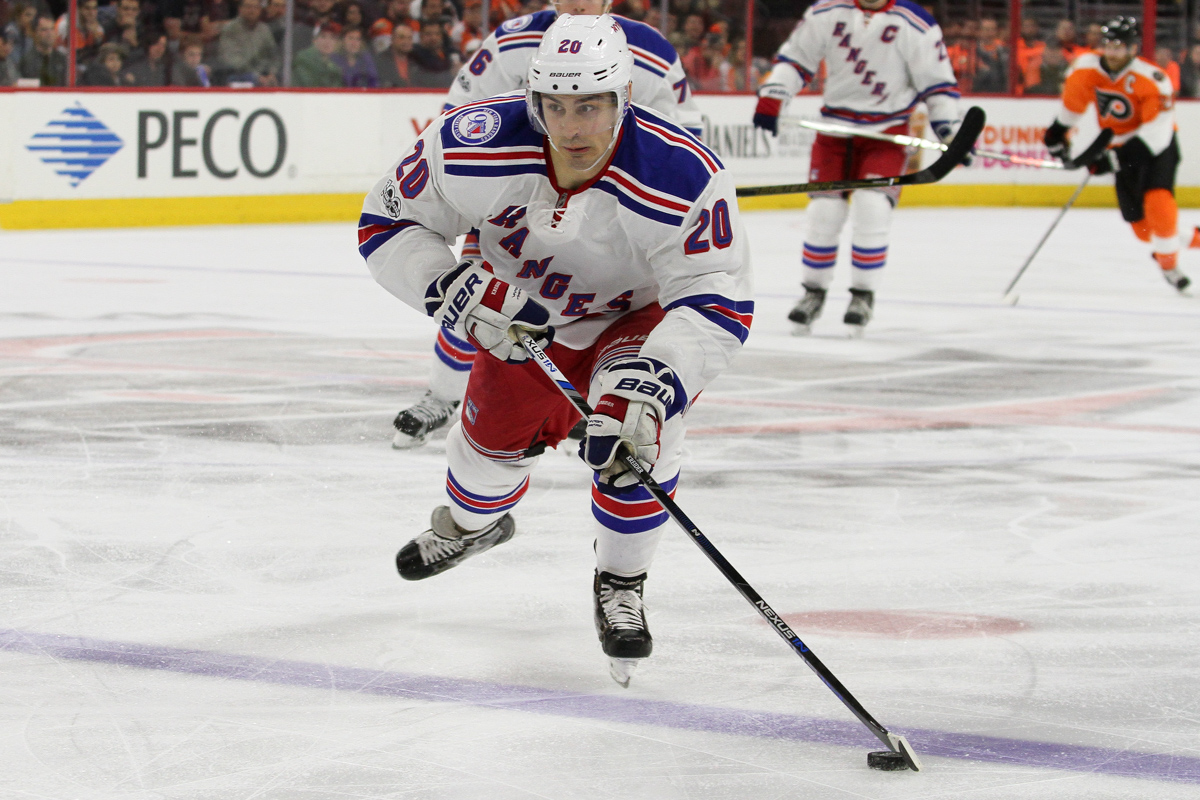 Facing elimination, the Rangers needed to pull out all the stops to get passed Carolina and prolong their season to avoid being the first of 24 teams to exit the bubble. But even with a change in the pipes and their first lead of the series, it wasn’t enough to delay a Hurricanes sweep.

Chris Kreider, who entered the contest without a goal, showed off his combination strength, speed and skill to work his way through the Carolina defense and score the game’s first goal 12 seconds into the second period. It followed a period in which New York held a 14-6 shots advantage and started to tilt the ice in their favor.

But mental lapse coupled with a broken stick gave Carolina room to operate and turn the defense around on a gorgeous Teuvo Teravainen backhander to even the score in the second. In the third, the Hurricanes rallied to fill the net three more times en route to closing out the series.

Warren Foegele’s tipped shot from former Blueshirt, Brady Skjei 5:07 into the third might have cast some doubt into the minds of the Rangers, but it was the Sebastian Aho steal inside New York’s zone leading to a highlight reel goal that put an exclamation point on the night, game and series. The Finnish-born center would add an empty-net goal before time expired to add to his game total (three points) and series total (8 points).

“They’re structured, they were patient,” said Rangers forward, Mika Zibanejad. “I just thought they were a lot more patient. We tried to do too much. We really didn’t play as a five-man unit out there. They deserved to win the series.”

Even with the absence of Dougie Hamilton and Brett Pesce, the ‘Canes still managed to keep New York’s most potent weapons at bay. Zibanejad, who led the club in the regular season with 41 goals, managed just two points in three games. Artemi Panarin, whose 95-point campaign earned him a Hart Trophy nomination, was equally ineffective five-on-five, scoring just one power play goal in the series. And though Kreider opened the scoring on Tuesday, it was his only goal in the series following a season in which the forward was on pace to shatter his career-high in goals.

“We let one minute in the beginning of game one effect two games,” Kreider said. “We thought the playoffs were bloodsport, we were out there running around and to hit instead of playing the puck possession style that we play. A big part of that’s on me. We needed to snap out of that sooner–we needed to acknowledge that.”

“We maybe thought that being overly physical was the way we were going to have success instead of just playing our game,” he said. “One of the things that happened tonight was we looked like the team that everyone was watching for the (pre-pause) two and a half months. We just weren’t able to get it done.”

The Rangers opted for two changes for Tuesday’s game including inserting Brendan Lemieux back into the lineup after serving a two-game suspension for his hit on Joonas Donskoi, the final NHL game before the regular season pause on March 11. The other, putting rookie netminder, Igor Shesterkin in net–the first goaltender not named Henrik Lundqvist to start a postseason game since 1996-97. Lemieux made his presence felt with five shots while Shesterkin stopped 27 of 30 shots faced. Though neither goaltender in the series recorded a win, Quinn says that was the last thing on their list of issues this series.

“Certainly our goaltending wasn’t our problem in this series,” he said. “Our offense–we scored four goals. Four goals in three games, you’re not going to win a series doing that. Goaltending was the least of our problems.”

Kreider noted the same, in particular Lundqvist, who he has played with every season since breaking into the league during the 2011-12 playoffs.

“Unbelievable human being,” he said. “Unbelievable competitor. The kind of guy you want to be in the trenches with. He wants to win more than any guy I’ve ever met. It’s been an absolute honor and pleasure to play with him as a teammate and get to know him as long as I have and to see how he goes about his business on a day-to-day basis.

“I have the utmost respect for Hank as much a person and player. He battled his ass off and he deserved better from us.”

Lundqvist has one more season remaining on a seven-year contract he inked in 2013. Though he worked his way back into the rotation for the postseason with Shesterkin listed “unfit to play,” the past two seasons have seen the All-Star goalie see limited action while sporting back-to-back losing records for the first time in his career.

But that’s a question that will have to wait for whenever the next time the Rangers are back to action. Among the disappointments from an early playoff exit is the return to limbo as the NHL tries to navigate what’s the timeline and landscape for the 2020-21 season, though Quinn hasn’t thought that far ahead just yet.

“I’m not thinking about that right now,” he said. “The disappointing part is that we lost and our season’s over. It was a great group to coach. It’s been a unique and odd four and a half months since we stopped playing. Obviously we’re all living the moment right now. We’re all disappointed in how we played. To come up here and play basically two good periods out of nine, certainly isn’t anything we envisioned happening.”