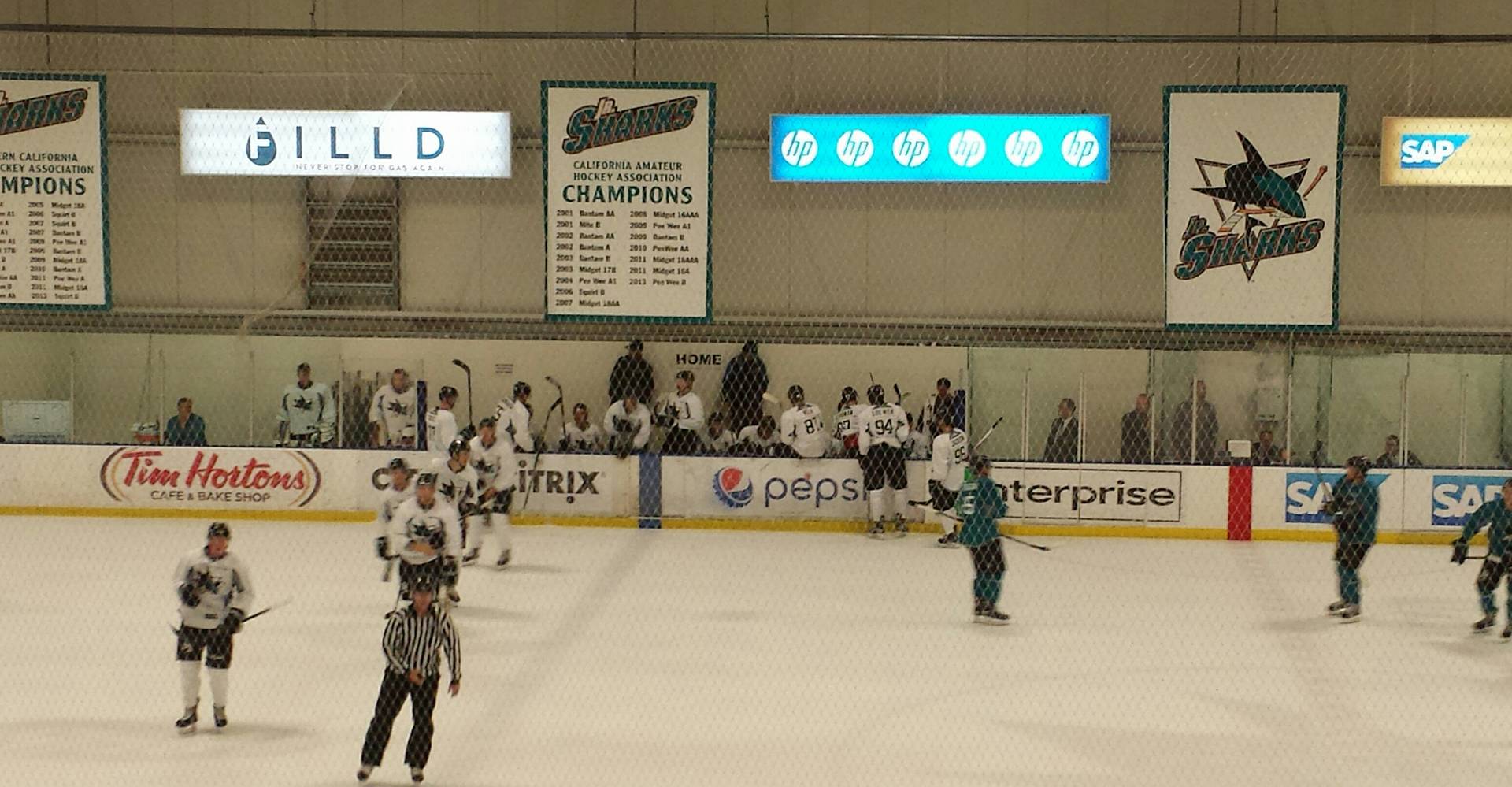 The days were moderately warm in the Bay Area, but Sharks Ice was freezing cold (as it should be!). Tuesday afternoon was the final day of the Sharks’ Summer Prospect Camp. Without a doubt, the Fourth Annual Sharks Prospect Scrimmage was underway.

Both teams wasted absolutely no time, as Marcus Sorenson collected a pass from Rourke Chartier for the first goal 13 seconds into the scrimmage. Team Ricci followed with another goal to make it a 2-0 game.

However, Team Marchment tied the game at two and then took a 3-2 lead to end the first half. Timo Meier scored the go-ahead goal, a penalty shot, with 49 seconds left.

From that moment on, both teams took jabs at each other in a back-and-forth scrimmage. Team Marchment didn’t let the scrimmage slip away. Their offense certainly woke up. Team Marchment made it a one-goal game late in the second half, but were unable to hold onto a hefty 5-2 lead. Team Ricci tied the game 6-6 at the very end. They certainly changed the ending, forcing a 3-on-3 overtime.

Turns out, Team Ricci didn’t even the scoreboard just to lose. Team Ricci ended up taking control of the scrimmage with a 7-6 overtime win over Team Marchment.

“They’re kind of close to here,” forward Dylan Gambrell responded when asked about his family. “My parents are from San Diego, but I grew up in Seattle. I’m heading back home after this. I’ll continue to train because I want to make the team.”

“Pavelski is my favorite Sharks player,” Gambrell added. “But I also like Couture and Ward because they’re huge contributors to the team.”

Despite the tough loss, Team Marchment had nothing to be disappointed about.

“It was too bad we had to take the loss,” forward Timo Meier said. “But you just got to get out there and play your heart out. . .I just wanted to score some goals, which I did.”

“I thought he was the best [defenseman] in camp,” said Sommer, who runs the Sharks development camp.