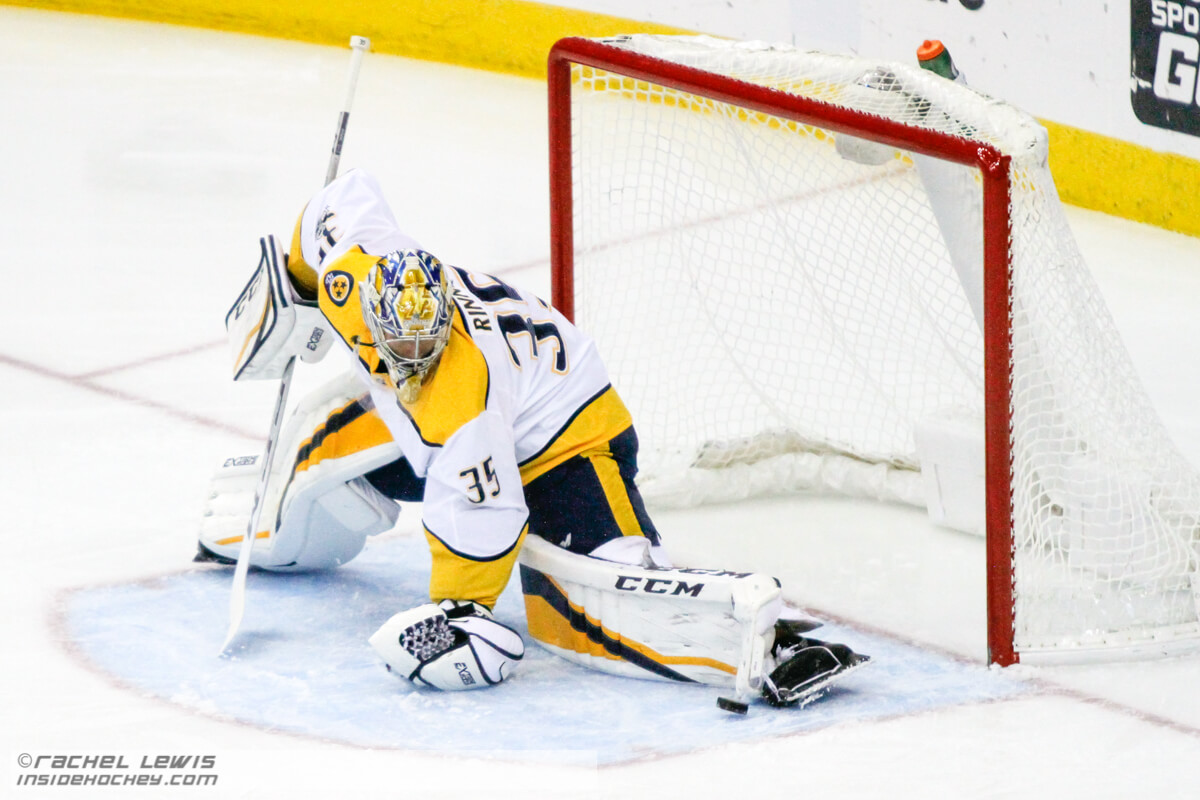 Christian Folin of the Kings was back from IR. Nashville was in town. That was the news from the LA Kings on Saturday night. If that sounds like nothing much, then you’re used to this new-look Kings team that has rolled through half their season having gained 53 points. Do the math the old way, which suggested that 94 points was about what a team needed to make the playoffs, and they’re well good.

Heck, do it the new way, where you look at the standings to see where teams are, and you’d get the same conclusion: LA is not the maybe-they’ll-make-it (or not, as in last year) club that they’ve been over the past few seasons, Stanley Cup in 2014 notwithstanding.

In fact, look at their goal-for numbers: they’re actually hanging in there with the top teams in the West. They entered Saturday night with 123, which put them seventh, but within a couple of goals of fifth.  And considering their same-old, same-old strategy of never, ever allowing a goal against in any circumstances (only a slight exaggeration), they were way, way ahead of the rest of the West, with 95 allowed. The next closest? San Jose at 102. Their game versus Nashville would tarnish that a bit, ending in a 4-3 loss.

The Kings didn’t help themselves much against Nashville with the penalties. They marched to the box with stunning regularity for a team that is usually fairly well-disciplined. Their minutes to date are not as low as you might think, but on this night, they took six minors. They entered the night at the top of the NHL in terms of penalty kill, firing at 87.8%. Twenty teams have been penalized less frequently than LA. Surprising, but they play a rough style of hockey.

But the penalties were mostly unnecessary. Doughty got one for interference, and doubled it by banging his stick on the glass to add unsportsmanlike conduct. MacDermid tripped a guy reaching in in period two. More than once, the Kings had more than one man in the box. Once, they negated a power play of their own by taking another penalty.

The team had played four consecutive games without allowing a power play goal, a streak that was broken by Roman Josi, scoring to open the 1-0 lead for Nashville. He said after the game, “It feels good to get the win. The last time we were in here, they came back on us. We know they would have a push when we were up 3-1. And they did. We did a good job responding with that huge goal, scoring 4-2.” He didn’t talk about his own goal, his eighth of the year.

The Kings had their good moments. LA could take heart in tying the game at ones. The goal was a gift, Adrian Kempe taking the puck from PK Subban as he tried to move it across the high slot in the Nashville end. Kempe went to the net, fired a wrister low back across the grain, and beat Pekka Rinne on his left side. The shots at this point were 13 for LA, 11 for Nashville.

But the Kings didn’t sustain them. No sooner had the Kings tied the game than they let Nashville pull out another lead. The Predators Scott Hartnell got his sixth of the season at about the 12-minute mark of period two.

The visitors added a third goal with about three minutes left in the second period, which ended, by the way, with the shots at 18 for LA and 15 for Nashville. They had fired just six shots in the period, on which they scored two goals.

The Kings offense had been strong of late, generating more than thirty shots in each of the last three games. But before that, they had a spell of five games where they were under that magical mark. But the shots just wouldn’t hit the net on this night. The team ended the game with 29 shots. Nashville had just 20. Coach Stevens knows well the power of the Nashville style of defense.

“They’re as good a team as there is in the Western Conference.” He would add, “It seemed like every time we crawled back in, we got a little bit more behind.” He said that he “didn’t think we quite had everybody tonight,” though he wouldn’t elaborate on who was playing passenger.

They did get the game to 3-2 early in period three, the hard-working line of Shore, Lewis, and Iafallo putting on past Rinne in the form of a wrist shot by Lewis, his tenth goal of the year, after Shore stopped the puck

But the Predators came straight back at them, putting in their fourth goal a minute and a few seconds later. Not pretty, it was a slapshot from the point with a crowd making it hard for Quick to see the puck. It may have hit a body in front and redirected. The Kings made it interesting with a goal at 8:24 of the third. This meant that they had more than ten minutes to tie things. The were no great until the last few minutes, and particularly when Quick was out. The Preds iced the puck a couple of times, giving the Kings a chance to set up. They were forcing shots towards the net to the last second. Nothing would go. The Predators walked away with the 4-3 win.

On the matter of personnel, let’s go back to where we started: Christian Folin. He dressed after missing six games in IR. Prior to that, he had played a string of eight games, during which he recorded a goal and two assists. Sitting in his place was Oscar Fantenberg, a defenseman who had played six of the prior eight games.

Also scratched were Andy Andreoff and Jussi Jokinen. The former has been in and out of the lineup, part of the time on IR, because of a stupid, useless fight staged in a game versus the Ducks late in November. The latter had played the three games prior to this one after missing four games.

In their places—Jonny Brodzinski and Alex Iafallo, who had not dressed for the prior couple of games (three for Brodzinski).

Also out, Jake Muzzin. He’s on IR retroactive to January 4th, with no cause having been specified by the team to date. Kevin Gravel drew in. He has played most of the year in AHL Ontario. He was called up five games ago, playing two, sitting two, and now playing this one.

In other words, in the end, nothing much is new in Kings-land, except that they‘re winning a lot more hockey games than they did last year, and doing so with something of a goal-scoring flurry. And using the same old strategy of hoping that Mr. Quick is solid night in and night out in the net.

The Kings now go in their mandatory break. Stevens said of that, “You can look at the break any way you want it. When you have the brush in your hand, you can paint any kind of picture you want to paint, like you guys do. The truth of the matter is, the break is the break, right? If you’re coming off a really good stretch, you could argue you want to keep the momentum going. But the schedule has been tough. We’ve had a lot of travel as of late . . . . It’s a good reset time.”

The team next plays Anaheim at home Saturday. It will be the day broadcaster Bob Miller’s statue is unveiled.

Please see my new book, Mixing Memory and Desire: Why Literature Can’t Forget the Great War, and recommend it to your local library, public or college. Thanks!