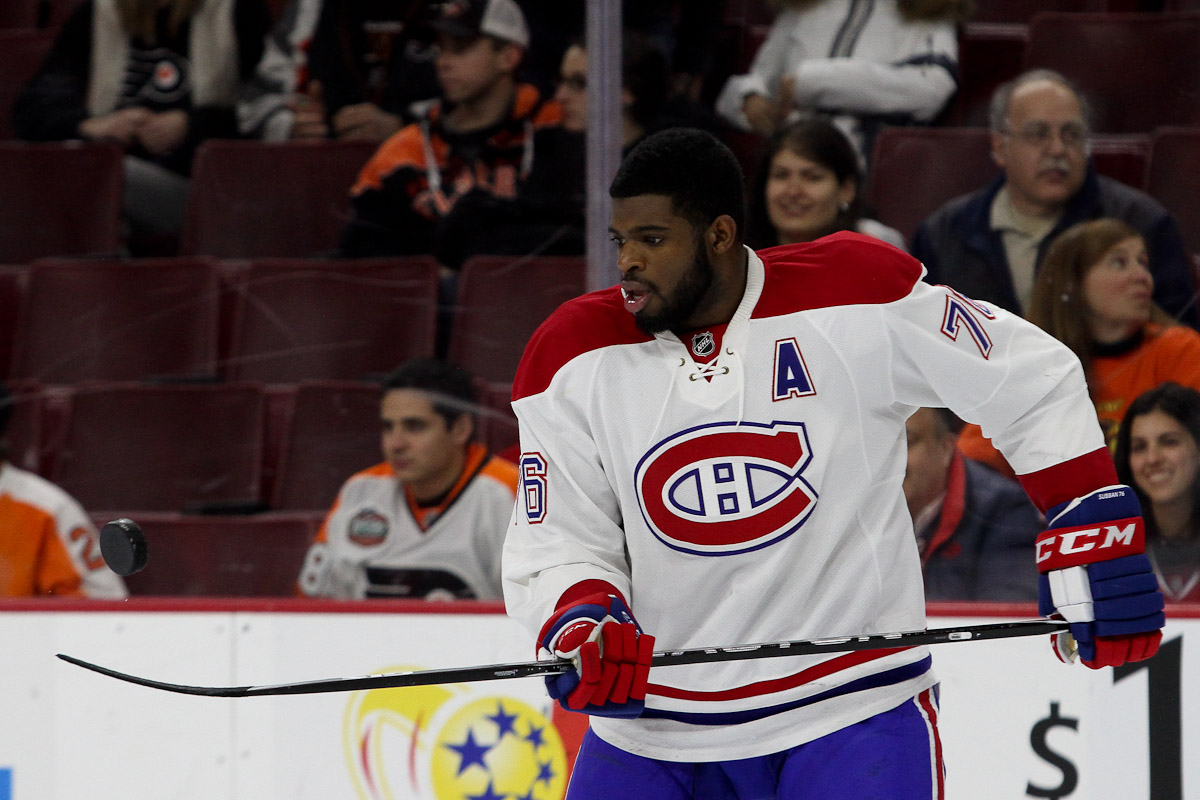 Defenseman P.K. Subban (#76) of the Montreal Canadiens bounces the puck in the air with his stick during the warm-ups

That according to P.K. Subban indicates just how surprised the former-Hab was Wednesday’s trade to Nashville for Shea Weber.

The deal comes after nearly three months of speculation involving the defenseman who signed an eight-year, $72 million contract in 2014.

For Weber, who has been the Predators captain since 2010, the deal hadn’t been nearly as speculated. Not since signing a 14-year, $110 million offer sheet from the Flyers in 2012. It was matched six days later by Nashville and it appeared like Weber would finish his career from the team that drafted him in 2003.

He won’t and just as surprising is the fact that Subban will also finish his career elsewhere. With six years remaining on his deal, he may not end it in Nashville, but for now he’ll call it home. His No-Move clause kicks in next season. He’s owed $9 million annually.

Subban added a parting shot to Montreal when speaking with reporters, saying he believes Nashville is “a whole lot closer” to winning the Stanley Cup.

Clearly, there was some bad blood in Montreal, where the defenseman scored netted 278 points in 434 regular season games. He also made headlines a year ago when he pledged $10 million to the Montreal Children’s Hospital. Yet for everything he brought to Montreal and the community, he was still moved on, despite vehement denial from Canadiens’ general manager Marc Bergevin.

The one-for-one deal which did not include any salary retention is one of the largest NHL deals in recent memory, with nearly $133 million in salary traded. Both players will have significant impacts on their new respective teams. Weber is coming off a 51-point season, where he reached 20 goals for the third time in his career.

The deal comes just two days before the July 1 free agency frenzy. But perhaps the real frenzy was June 29.