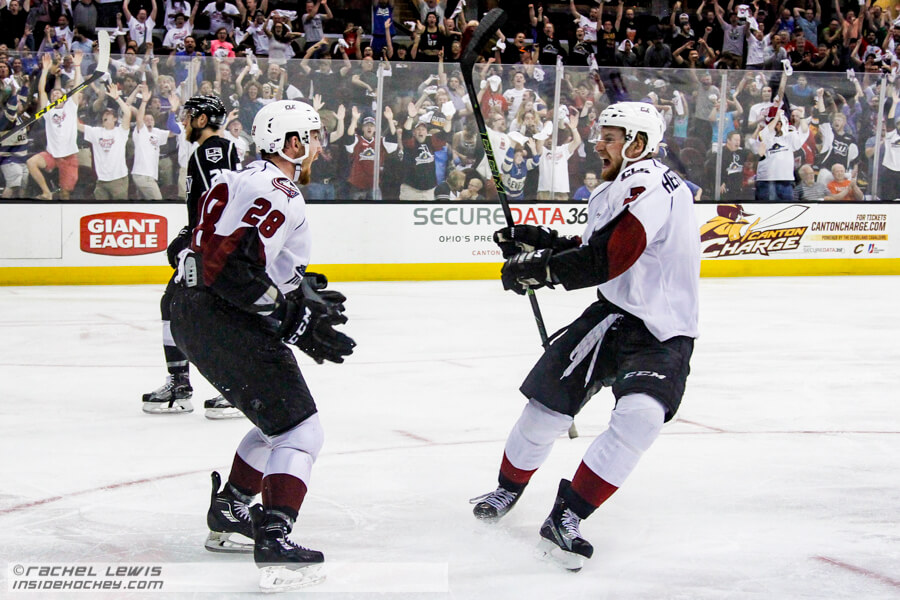 The Lake Erie Monsters win the American Hockey League’s Western Conference Championship with a sweep over the Ontario Reign with a 2-1 win in 2OT Thursday, May 26, 2016 at Quicken Loans Arena in Cleveland, OH.  Lake Erie’s Lukas Sedlak scored the game winner, his second goal of the game.  Sedlak would receive the 1st Star of the Game.  Lake Erie goaltender Anton Forsberg was named 2nd Star of the Game, stopping 41 out of 42 shots.  Lake Erie’s Kerby Rychel was named 3rd Star of the Game, finishing the game with an assist on both goals.  Lake Erie advances to the Calder Cup Final to play against the winner of the Eastern Conference Final.  Hershey leads Toronto 3-0 in the series. (Rachel Lewis – Inside Hockey)