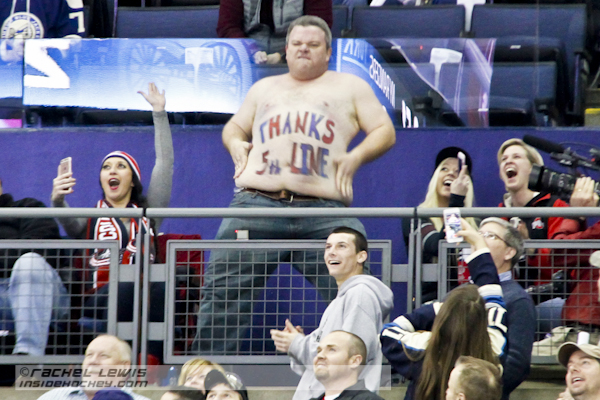 The CBJ crowd was at its loudest as it welcomed back Kevin "Dancing Kevin" Schroeder to Nationwide Arena. Schroeder has been noticeably absent for the majority of games this season.